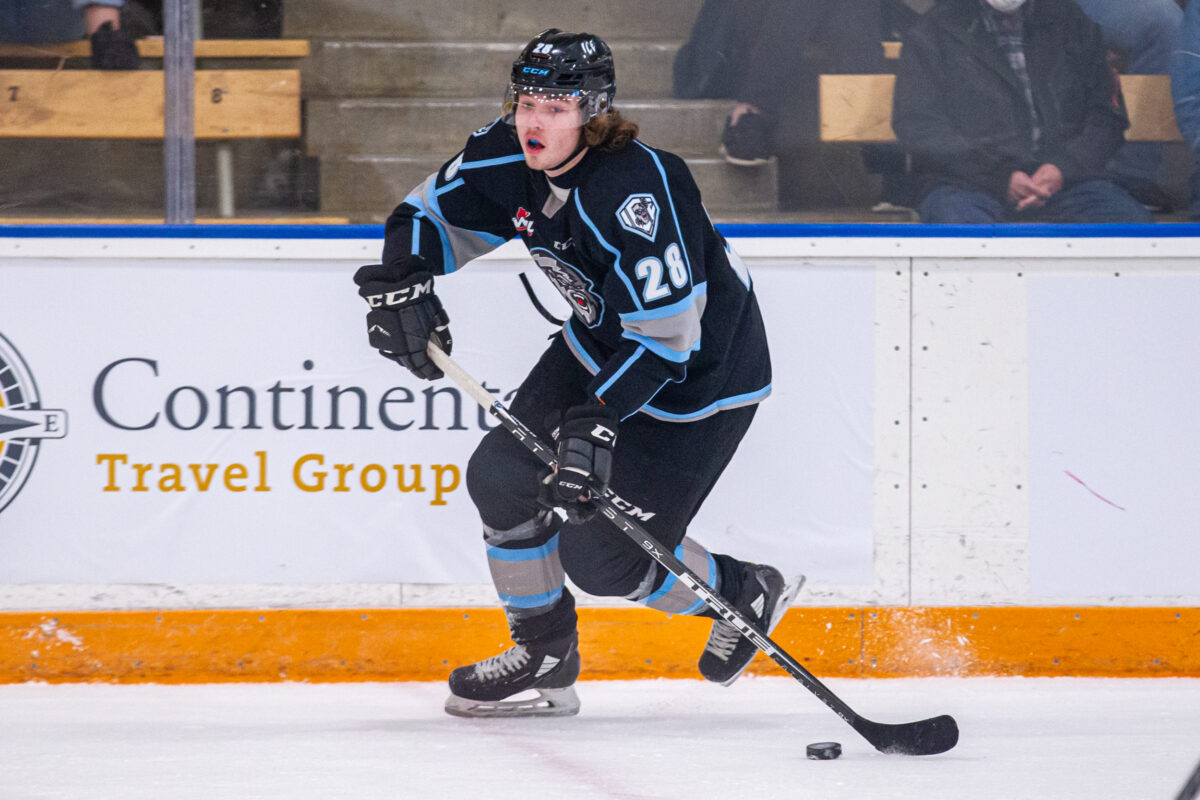 Welcome back to our ongoing series on the Columbus Blue Jackets and the offseason. Last time, we looked at six potential options for them with the sixth overall pick. Today, we shift our focus to the 12th overall pick.

This one will be much harder to pin down from a Blue Jackets’ standpoint. Several factors are in play including who the first 11 prospects taken are coupled with the master list the team developed. About the only thing we can say safely at this time is that the 12th overall pick will not be a goalie.

However the Blue Jackets are primed to take their best player available from their list with this pick. Position only matters to them in the event there is a tie. Otherwise they have no issue taking a second forward or a second defenseman with their second first-round pick.

For this piece we are going to assume they keep the pick. I do not expect to them to trade up unless it’s a deal too good to pass up. And there is a chance they would consider trading down if the right team calls with the right deal. But for my money, I’m expecting the team to use the 12th pick themselves.

This is also the point in the draft where team’s lists will start to look much different from each other. This opens up many possibilities including players being picked that some teams have outside their first round. There is some chatter out there that this draft will be unpredictable in that regard.

Let’s dive into our list. Here are 12 prospects that I could see the Blue Jackets having interest in with the 12th pick of the 2022 NHL Draft. Note: I will not repeat a name mentioned from the sixth-overall piece. Each would be quality adds with the 12th pick. This list will include 12 different names. These are in no particular order.

You can’t teach 6-foot-4. While Geekie has some questions surrounding him about his upside, the Blue Jackets would love to add a big center to the mix who has flashes of offense.

Known as one of the best finishers in the draft, Lekkerimaki’s shot is elite and would make for a dynamic offensive weapon on any team. Put him with an elite center and watch out.

The questions with Lambert are many. But the thing you can’t question is his speed. He is perhaps the fastest skater in this draft. Add that to the skill he brings and you have someone who could terrorize defenses on a nightly basis.

If the Blue Jackets were to miss out on David Jiricek or Simon Nemec and wanted to add a quality defenseman, Korchinski will get a long look. His rise up the draft rankings is due to his 6-foot-2 frame and offensive skill he brings.

While the size is a concern for the NHL, his skating and his shot are not. Mateychuk is an offensive-minded defenseman who is one of the younger players available in this draft.

Yurov is one of the best players available in this draft in terms of his overall skillset and creativity with the puck. He’s also an effective 200-foot player.

His Hodgkin’s Lymphoma diagnosis is well documented. But so is his hockey skill. Miroshnichenko was projected as a top-10 pick before the diagnosis. Given recent positive developments, he could still reach that upside.

Nazar would be looked at as a potential top-10 pick if it wasn’t for his size. You would be hard pressed to find a harder working player in this draft. If the Blue Jackets are looking for a center here, Nazar would be desirable.

The thing that pops about Mintyukov is his skating. He loves to join the rush but does well in deciding when to be aggressive. He’s in the conversation as the third best defenseman available in this draft along with Korchinski.

The U18 tournament MVP would be very desirable for the Blue Jackets given his overall skill set. He’s a hard working center who can finish. He was one of just a couple of prospects to have interviews with all 32 NHL teams at the Combine.

Given the Blue Jackets need to get bigger and stronger, Bischel could be a desirable target for them given his already 6-foot-5 frame. He is also a good skater for being a big man. While more of a stay at home defenseman, he does have some flashes of offense in his game.

I am lumping the two Mississauga Steelheads’ centers together because I believe these are two players the Blue Jackets would know more than most given Ole Julian Bjorkvik-Holm being on the team. Del Bel Belluz is the bigger player so I would lean towards him if they had to choose between them. They’re desirable because they play center and have an intriguing skill set for the next level.

As you can see, the Blue Jackets can go in any number of directions with the 12th overall pick. While it’s possible that pick is dictated by what they do with the sixth pick, make no mistake their pick will be their best available player, even if it’s not one of these names listed.

If I was the one making the pick, I would take either Miroshnichenko or Lambert. Both players have top-10 upside.

Who do you think the Blue Jackets should take with the 12th overall pick? Let us know your thoughts. Stay tuned for the next part of the series and we’ll look further down the rankings at who the team might consider with the 44th overall pick in the second round.