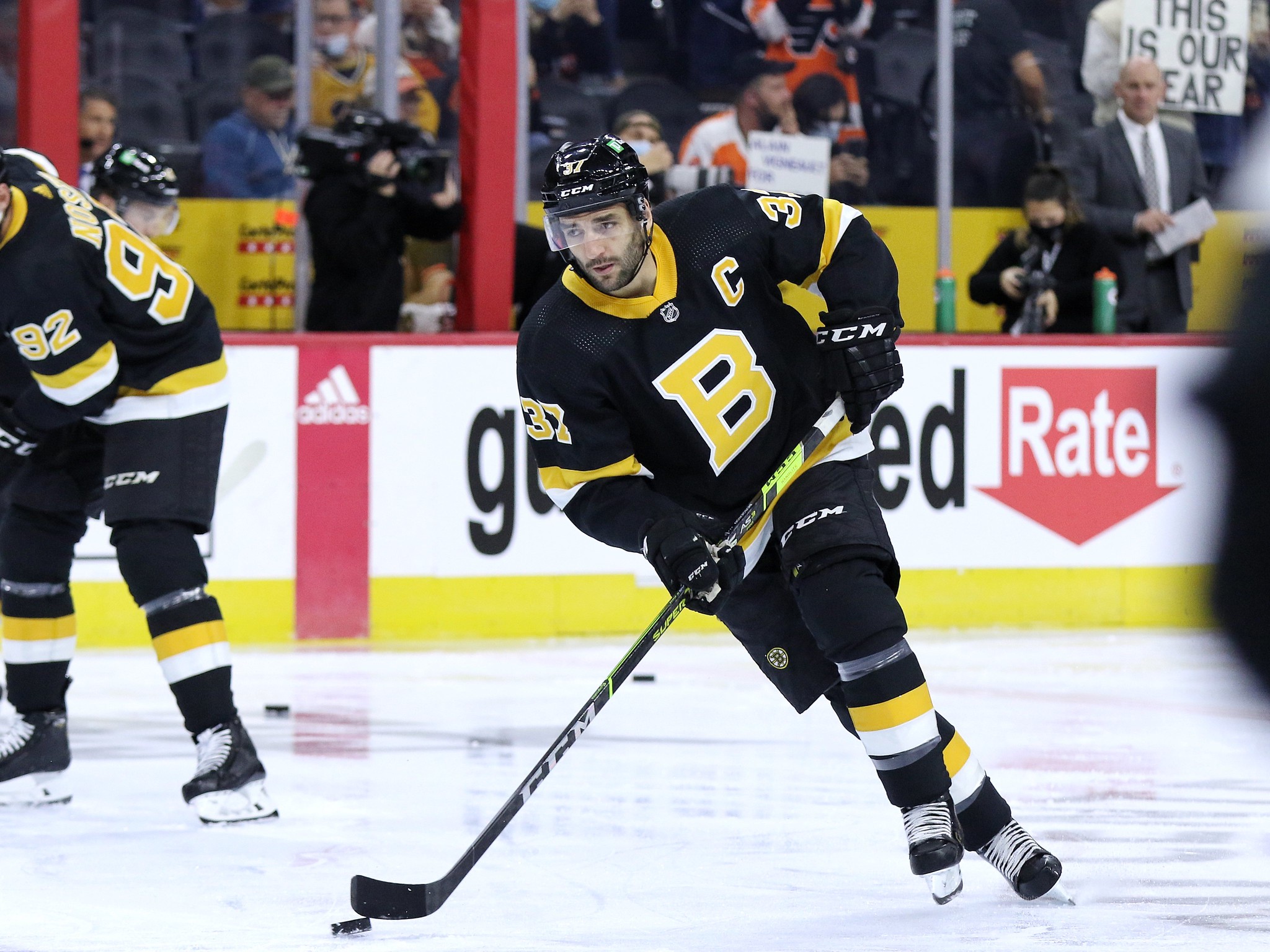 Recently, I discussed a handful of players from the Boston Bruins who likely will not be back with the team next season. Due to this, it now feels necessary to focus on three players with expiring contracts who likely will remain with the team for the 2022-23 campaign. Ultimately, there’s truly only one player who the Bruins absolutely need to re-sign. Yet, it also would be nice to see them re-sign these other two players, too. Even if they aren’t among the flashiest of Boston’s players, it certainly won’t hurt to bring them back on cheap deals.

The biggest free agent who the Bruins have to lock up is, of course, captain Patrice Bergeron. Even at 36 years of age, he is still one of the best two-way centers in the game and is not showing any true signs of regression. This is effectively displayed by the 10 goals and 23 points he has in 25 contests this season. With this, he’s still the team’s first-line center, so re-signing is a real necessity if they want to have any chance of remaining competitive.

The Bruins already have major issues down the middle. David Krejci, of course, went home to the Czechia this offseason. In response to this, the Bruins did not bring in a new top-six center and promoted Charlie Coyle instead. Although the Weymouth, MA, native is rebounding nicely from a down year, he is certainly better as a third line center. With all of this, the Bruins cannot lose Bergeron, or they will be immensely weak at center.

Bergeron has been in Boston’s lineup since the 2003-04 season. With this, he should be a career Bruin, and seeing him in another jersey would be difficult on the eyes. When the Bruins selected him with the 45th overall pick of the 2003 NHL Entry Draft, there was no way they could have ever predicted that he’d have this amazing of a career. Although the veteran and the team are waiting to have discussions until after the season, a deal should get done between the two parties.

An update on Jakub Zboril’s injury has finally been announced, and it certainly isn’t a good one. The 24-year-old defenseman underwent surgery to repair a torn ACL and will not return for the remainder of the season. This is brutal for him, as he was off to an excellent start this campaign, and now it’s just been taken away from him. With that, because he will be 25 years old and has played less than 80 career NHL games, he now will be a Group 6 unrestricted free agent.

Although Zboril will now have the chance to hit the open market, there’s still a distinct possibility that both sides will manage to get a deal done. Boston should certainly express interest in bringing the 2015 first-round pick back, as he looked like he was emerging into a legitimate bottom pair defenseman this campaign. After players like Connor Clifton and Mike Reilly struggled, the Czech defenseman was able to wiggle himself back into the lineup. With that, he never left until he was unfortunately injured. In 10 games, he recorded three assists and possessed a plus-1 rating.

With the severity of Zboril’s injury, he may not have the biggest market as a free agent. Ultimately, it seems reasonable for the Bruins to sign him to a one-year contract. Even if he makes a little more than his current $725,000 cap hit, it’s an avenue worth exploring after the solid impression he left this campaign.

Karson Kuhlman has been a primary depth forward for the Bruins over the last few seasons. Yet, due to the team having multiple injuries, he has gotten into a solid amount of action already during the 2021-22 regular season. In 18 games thus far, he has a goal and an assist. Those obviously aren’t jaw-dropping statistics, but it appears that the 26-year-old winger is well respected by the organization, so an extension is not out of the question.

The big thing that works in Kuhlman’s favor is that he is still a restricted free agent. With that, Anton Blidh and Curtis Lazar are also unrestricted free agents, so they very well could leave if they receive bigger offers on the open market. If that does occur, the Bruins would be wise to keep the Minnesota native around.

Ultimately, it’s never bad to have extra forwards on your roster, and Kuhlman is a solid option for that. He’s a speedy skater who is capable of creating scoring chances. It’s just the finish hasn’t been there very often from the 26-year-old. Yet, there’s no denying that he plays with an immensely high amount of effort. If he remains the team’s 13th forward next season, it wouldn’t be all that bad.

Ultimately, priority number one this offseason will be re-signing Bergeron. The future Hall of Famer is just two seasons shy of 20, and it would be remarkable to see him do that with just one organization. That’s extremely rare in this era. Once the Bruins finish this monstrous task, there’s no harm in trying to bring back both Zboril and Kuhlman. Once we enter the summer, we will have to see what occurs.

Michael DeRosa is a contributor who covers the Boston Bruins for The Hockey Writers. Since 2017, he’s written and edited for numerous websites. Besides his work for THW, you can also find him on NHLTradeRumors.me, BBallRumors.com, BaseballRumors.me, The Rat Trick and Kraken Chronicle.