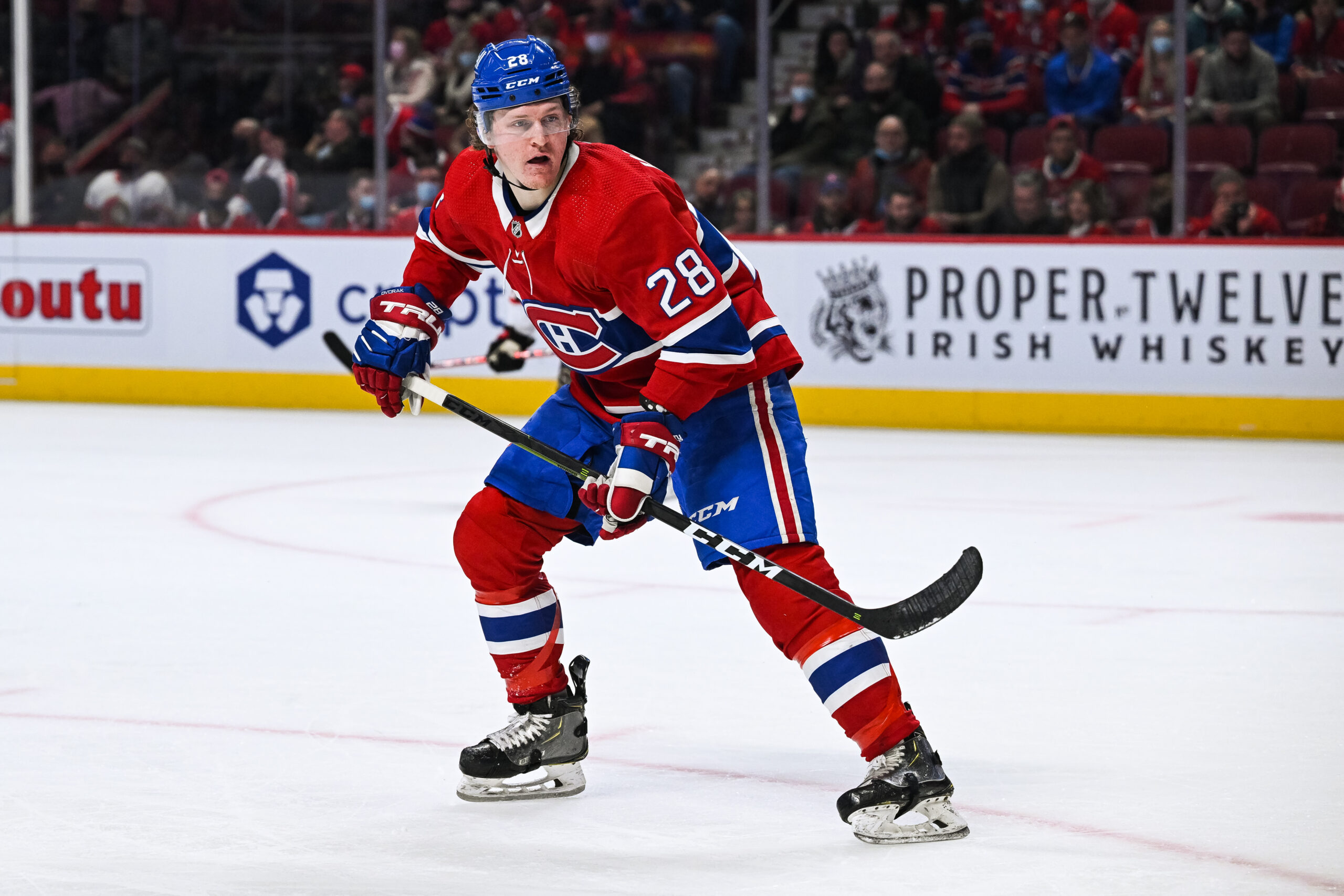 The Montreal Canadiens finished dead-last in the NHL last season. A big reason was the poor play of many of the players on the roster. You could argue injuries and long playoff runs to the Stanley Cup Final – or even the coaching – to be the cause; in the end, some players simply underperformed or didn’t meet expectations. Some completely changed their game around when Martin St. Louis became head coach, and they should have even better seasons in 2022-23.

The Canadiens acquired Christian Dvorak after the Carolina Hurricanes signed Jesperi Kotkaniemi to an offer sheet that the Habs didn’t match. His acquisition was to help replace the losses of Kotkaniemi and Phillip Danault, who signed with the Los Angeles Kings, at the center position. Dvorak received high praise from the Arizona media, management and fans, but his production on the ice, like so many other players in the first half of the season, was less than stellar. This lack of production disappointed many Canadiens fans hoping for a Danault-like player.

Dvorak also faced a few injury issues last season and missed some time due to a concussion. To that point, he had seven goals and 16 points in 33 games. He came back to the lineup after the coaching change, and in 23 games under St-Louis, he had 17 points, including four goals. He not only played better offensively but was better defensively as well: 55.4 percent of his starts were in the defensive zone, and he won 56.7 percent of his faceoffs. If this production and defensive work continue under St-Louis, then there is no reason to think that he won’t have a successful season next year; in any role the coach has for him, whether it’s a second or third-line center.

Ryan Poehling played his first full NHL season last year as the fourth-line center. He played an excellent two-way game and handled the role well as a checking center. With 17 points in 57 games, including nine goals – two of them on the power play (PP), he showed sparks of his offensive potential. Although he only had a faceoff percentage of 46.4, he steadily improved in the faceoff dot. He also saw his PP time increase under St-Louis, which shows that he earned the coaching staff’s trust.

Poehling was drafted in the first round and had a historic start to his career with a hat trick against the Toronto Maple Leafs in his first game. His career after that got a little sidetracked as he spent 2019-20 bouncing between the Canadiens and their minor league affiliate, the Laval Rocket. In 27 games with the Habs that season, Poehling only had two points and looked lost in his minimal role with the team.

With the increased workload over the past season, Poehling’s confidence grew, leading to better play and more ice time. With the chances of the Canadiens drafting a center at this year’s draft, he could be expendable, especially with Jake Evans getting most of the third-line time last season. If they draft a center and he plays next season, it would be easy to see him switch to the wing, giving him even more ice time and moving up the lineup. If the draft pick isn’t ready for the NHL, he should still see an increase in minutes, leading to better production and a better season than last. He still has a chance to win that number three spot at center if he keeps improving his play.

Brendan Gallagher has been the heart and soul of the Canadiens for the past four seasons; he always leaves it all on the ice and gives 110 percent every time. This led to him getting a massive contract from ex-general manager (GM) Marc Bergevin. Last year, Gallagher signed a six-year $6.5 million contract in the offseason, primarily based on his back-to-back 30-goal seasons from 2017-2019 and stellar play in the shortened 2019-20 season. In 2020-21, the last year of his previous contract, injuries started to pile up, and he only played in 35 games, scoring 14 goals and 23 points. Last season was no different regarding injuries, as he was limited to only seven goals and 24 points in 56 games – not a good start to such a huge contract.

A good reason that Gallagher had a down year was a shortened summer after a long playoff run to the Stanley Cup Final. He played with multiple minor injuries through the playoffs and never had the proper time to let them heal before the next season started. As the season wore on, so did the effects of those injuries on his body as they eventually led to his poor campaign in 2021-22.

There is no reason to think Gallagher lost his touch after one season, as he does play a hardnose style of hockey and takes a lot of punishment, but that’s what makes him who he is. He may not get back to 30 goals again, but he should provide the Canadiens with some much-needed offence and solid puck possession when required. He is still an essential piece to the Habs and should be back to his old ways after some time to heal in the offseason.

Like most Canadiens players, all three of these players were reinvigorated by the coaching change. Dvorak improved on both sides of the ice as well as Poehling. Gallagher needs the time to recover from his injuries, and he should be at least close to what he was before. With St-Louis back as head coach, there is no reason to think these players cant have good seasons and improve on what they accomplished under him last season.