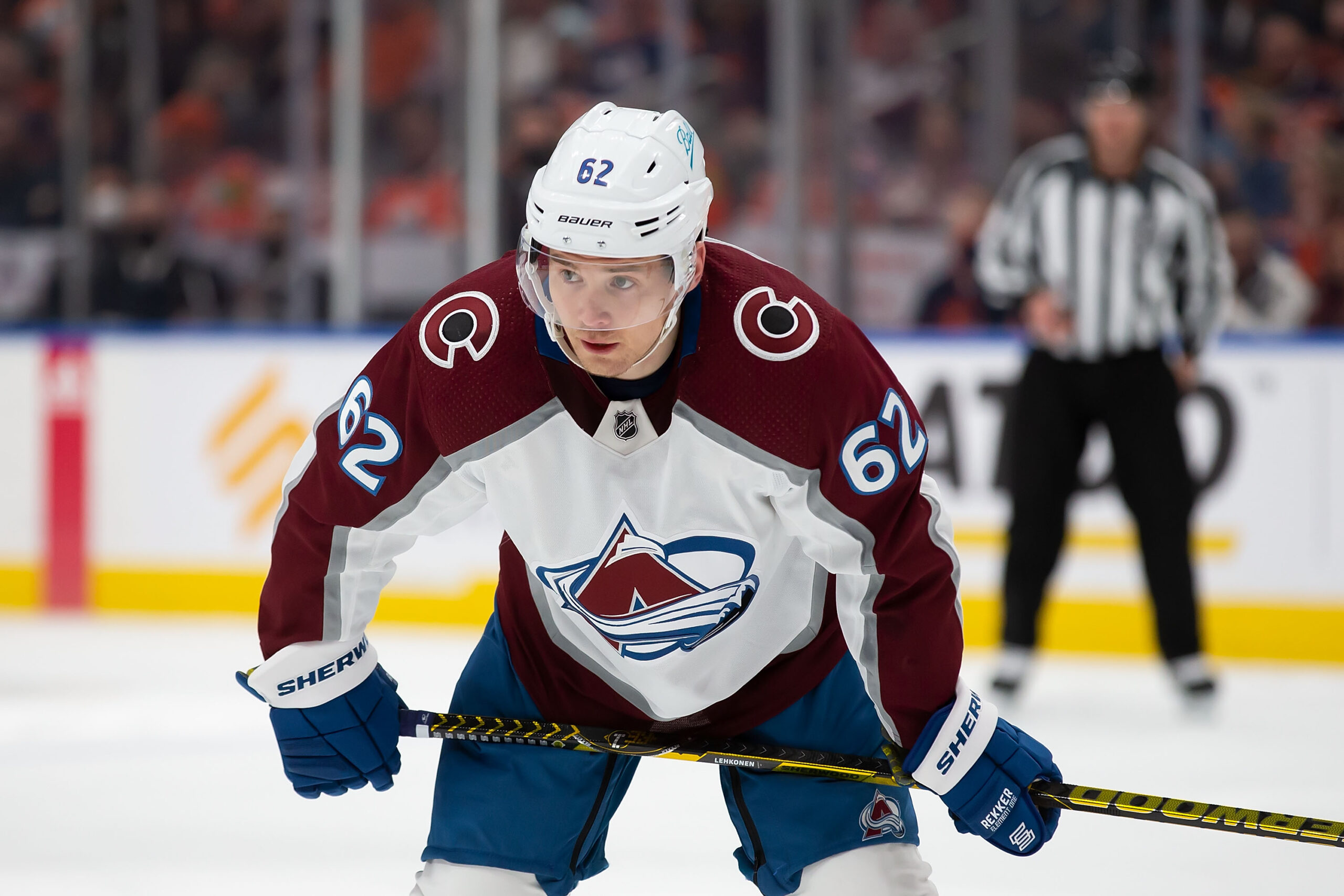 In what was already a memorable season for the Colorado Avalanche, several players had career years, including Nazem Kadri, J.T. Compher, Cale Makar, Devon Toews, Mikko Rantanen, Andre Burakovsky, and Valeri Nichushkin. Not all of those players will be returning, and those who are coming back might not be able to replicate last season’s success.

General manager Joe Sakic made a lot of great moves at last year’s trade deadline, and the look of the team will be different in 2022-23 with some key players departing. But that doesn’t mean the cupboard is bare. Outside of the superstars, here’s a look at three players who will have a chance to break out this season.

Artturi Lehkonen came to the Avalanche at the trade deadline and didn’t disappoint. The Finnish forward scored six goals and nine points over the last 16 games of the regular season and proved he was a stout playoff performer, adding 16 points in 20 playoff games, including the Stanley Cup-clinching goal.

Lehkonen was rewarded with a five-year contract extension after the season. He spent the first five-plus seasons of his NHL career with the Montreal Canadiens but had never scored more than 32 points in a season. However, in 36 games with the Avalanche, he managed 25 points, which averages out to 57 points over a full campaign. That bodes well for the 27-year-old to have a breakout campaign and might be the first 20-goal season of his career.

Bowen Byram was a highly-touted prospect coming out of the draft, but concussions and other injury issues kept him from finding any momentum in his young career – until the postseason. An injury to Samuel Girard bolstered Byram’s minutes, and the 21-year-old defenseman responded. He played in all 20 playoff games but ratcheted up his production when Girard was out. Bowen scored eight of his nine postseason assists in the last 12 playoff games.

It won’t take much for Byram to have a career year statistically. He’s never played more than 30 games, and he posted just five goals and 17 points last season. He has always been considered a special talent, and the potential is there for him to burst onto the scene. If he can stay healthy and put in anything close to a full season, he should be able to flirt with 50 points or more. The postseason was a good indication, and 2022-23 might be the year Byram comes out of his shell. That’s exactly what the rest of the league wants – more stellar offensive play from an Avalanche defenseman.

Alex Newhook is one prospect the organization is excited about, and the 2022-23 campaign could see him reach his full potential. The 2021-22 season was Newhook’s first full NHL campaign, and he scored 13 goals and 33 points in 71 games. He played in a dozen of Colorado’s 20 postseason games, tallying four assists. Those numbers don’t exactly set the world on fire, but it’s his potential that is pointing toward a career year.

Colorado will have some roster turnover this offseason, like every team, and that could mean more time on the second line for Newhook. He would likely benefit from the consistency after playing at least 10 minutes with a whopping 17 different line combinations last season. If he can land on the second line, he might be able to develop some chemistry there. He scored 13 goals while averaging just 13 minutes of ice time with different linemates in almost every contest. Add more minutes and a consistent supporting cast, and he could rack up 20 goals this season.

It took several breakout seasons to help propel Colorado to their first Stanley Cup in 21 years. Some of those players are gone, meaning others will have to step up. Newhook and Byram were highly-touted Avalanche draft picks, and this is their biggest and best chance to come through on those expectations. The Avs should have good depth again, and there will be plenty of talent around these three players for them to post breakout campaigns in 2022-23.

Lifelong storyteller and experienced hockey reporter that has covered everything from major juniors to the NHL. Worked for various newspapers across Minnesota and North Dakota, and now covering the Colorado Avalanche for THW.