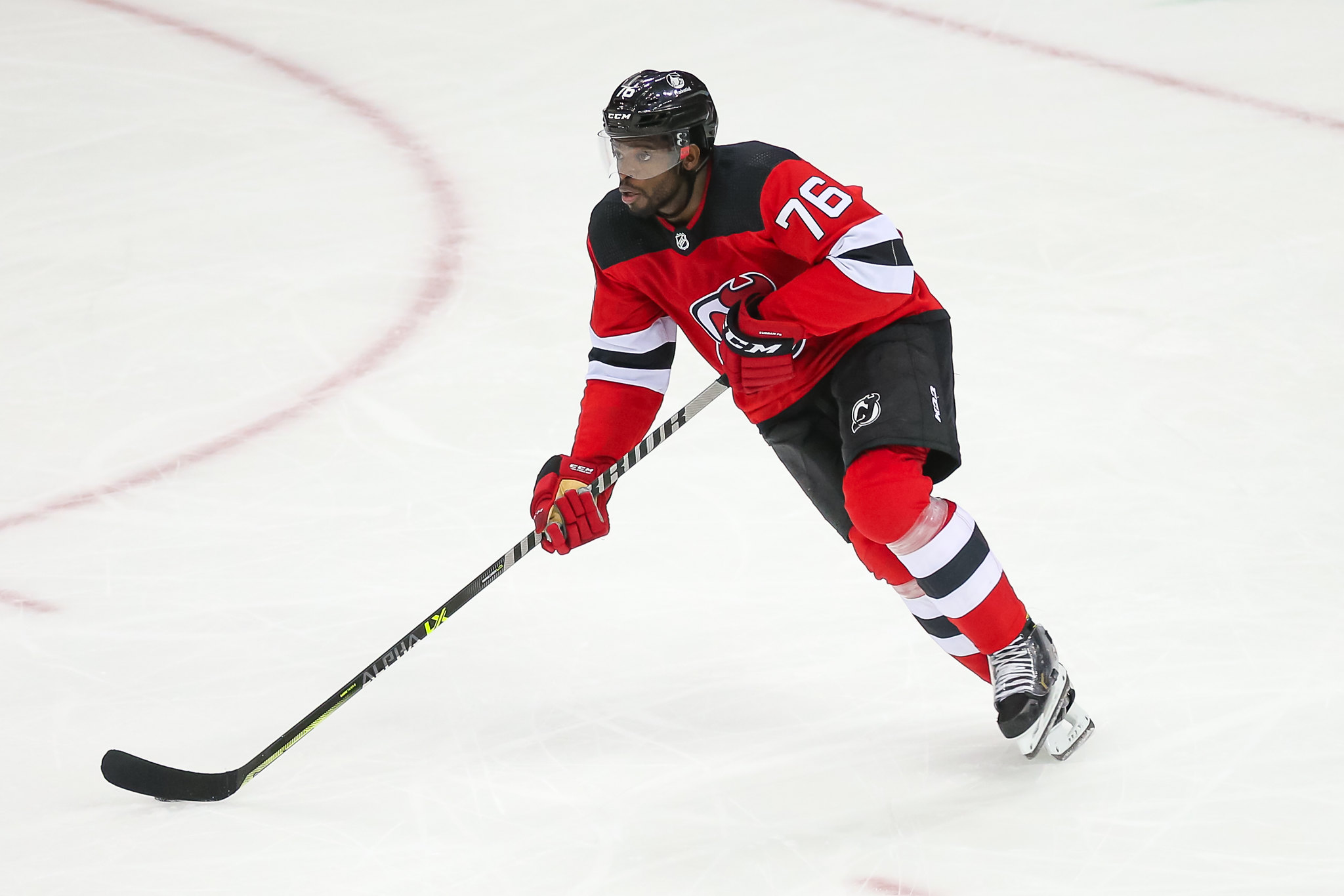 After years of being considered one of the NHL’s best defencemen, proven by his 2012-13 Norris Trophy-winning season, P.K. Subban’s stock has dropped dramatically since his first season with the New Jersey Devil in 2019-20. His age has certainly played a factor in this, but so has a weak roster around him. Nonetheless, his value is not nearly as high as it once was. We are now over two weeks into free agency and he remains unsigned.

Related: Devils’ Best Option is to Move Severson Before the Trade Deadline

However, despite his recent fall off, Subban can still provide value to a team. By no means is he worth the $9 million cap hit he’s made over the last few seasons, but in 2020-21 he was still averaging well north of 22 minutes per game. While he will undoubtedly be taking a major pay cut, he should be able to prove that he can still be a solid third-pairing defenseman. Here are three destinations that would be a great fit.

While many assume Subban’s best years were as a member of the Montreal Canadiens, he was fantastic throughout three seasons with the Nashville Predators as well. During that time, he played in two All-Star games and finished third in Norris Trophy voting for the 2017-18 season when he recorded 16 goals and 59 points in 82 games.

We know Subban is no longer that player, but he would still fit in well on the Predators’ roster. Not only are they much more competitive than any of his Devils’ teams, but they also need depth on the back end. While he may no longer be an everyday player, head coach John Hynes would be able to throw on the second power-play unit and feel confident in doing so. It’s worth noting that Hynes and Subban’s paths crossed ever so briefly during the 2019-20 season with the Devils.

From a cap perspective, the Predators shouldn’t have much of an issue getting this deal done. They have north of $4 million in cap space, and while Yakov Trenin remains a restricted free agent (RFA), he will by no means break the bank on a new deal. On top of that, Subban may be forced to take a deal that comes in at less than $2 million per year, given that he is still waiting for a new contract. At that salary, he would only benefit Nashville.

The Edmonton Oilers are in win-now mode, but they are also in a bit of a tough spot cap-wise. That might seem as though Subban would be nearly impossible and also unnecessary to sign, but that isn’t exactly the case.

The Oilers are $2.9 million over the cap, but that number will change once Oscar Klefbom ($4.167 million) and Mike Smith ($2.2 million) are placed on long-term injured reserve. That will give them roughly $3.5 million in cap space, which in itself would be enough to bring on Subban. However, the bigger issue is that both Kailer Yamamoto and Ryan McLeod are still RFAs. Yamamoto’s deal will likely come in at around $3 million, which wouldn’t give general manager Ken Holland enough to re-sign both before the 2022-23 season, meaning a trade is likely.

Many have pointed to Tyson Barrie as the odd man out, and trading his $4.5 million cap hit would give the Oilers much-needed breathing room. That said, if they decide to move the 31-year-old, they would need a right-handed defenceman to replace him, and that is exactly where Subban comes in handy. With both Cody Ceci and Evan Bouchard ahead of him on the depth chart, Subban wouldn’t have a huge role, which might benefit him at this point in his career. He would also come in at a fraction of Barrie’s cost, making this an intriguing move for the Oilers to consider.

After years of struggle, the Buffalo Sabres finally began to show signs of life in 2021-22 and should continue to improve in 2022-23. There is plenty to like about their roster, as players like Tage Thompson, Dylan Cozens and Peyton Krebs are young studs while bringing in a complete player and great leader like Alex Tuch has already proven to be a great move by the front office. On top of that, veterans Jeff Skinner and Kyle Okposo proved in 2021-22 that they still have something to give and will be looking to continue producing in 2022-23.

Despite their talent up front, the blue line remains a bit of a question mark. While there are undoubtedly some talented players, with Rasmus Dahlin and Owen Power leading the way, they are also inexperienced. Subban, who has logged 834 games in his career and, as mentioned, would come at a very cheap cost, could be a great mentor while also allowing some of them to play slightly fewer minutes in order to help get their feet wet rather than being thrown to the wolves.

If the Sabres want this to happen, they should have no trouble getting a deal done. Their roster appears to be set for the 2022-23 season, yet they still have over $19 million in cap space. While Subban may hesitate to head to Buffalo, especially if he wants to win now, but having the chance to play an influential role for players like Dahlin and Power should entice him to consider the possibility. On top of that, his brother, Malcolm, is also with the organization.

Subban Needs to Accept His Situation

Subban has been a great defenseman for most of his career, but there is no getting around the fact that he has rubbed some in the hockey community the wrong way. The 33-year-old has a loud personality and isn’t afraid to express himself. At times, his ego has been criticized and some have even called him arrogant.

We don’t know if those critics are accurate, as none of us are in the dressing room to see what Subban is like as a teammate. However, if he wants to continue his NHL career, he needs to face the fact that he is no longer the player he once was. This will mean a reduced role, which he will have to accept. If he is able to do so, he could be a very good get for a team this offseason.