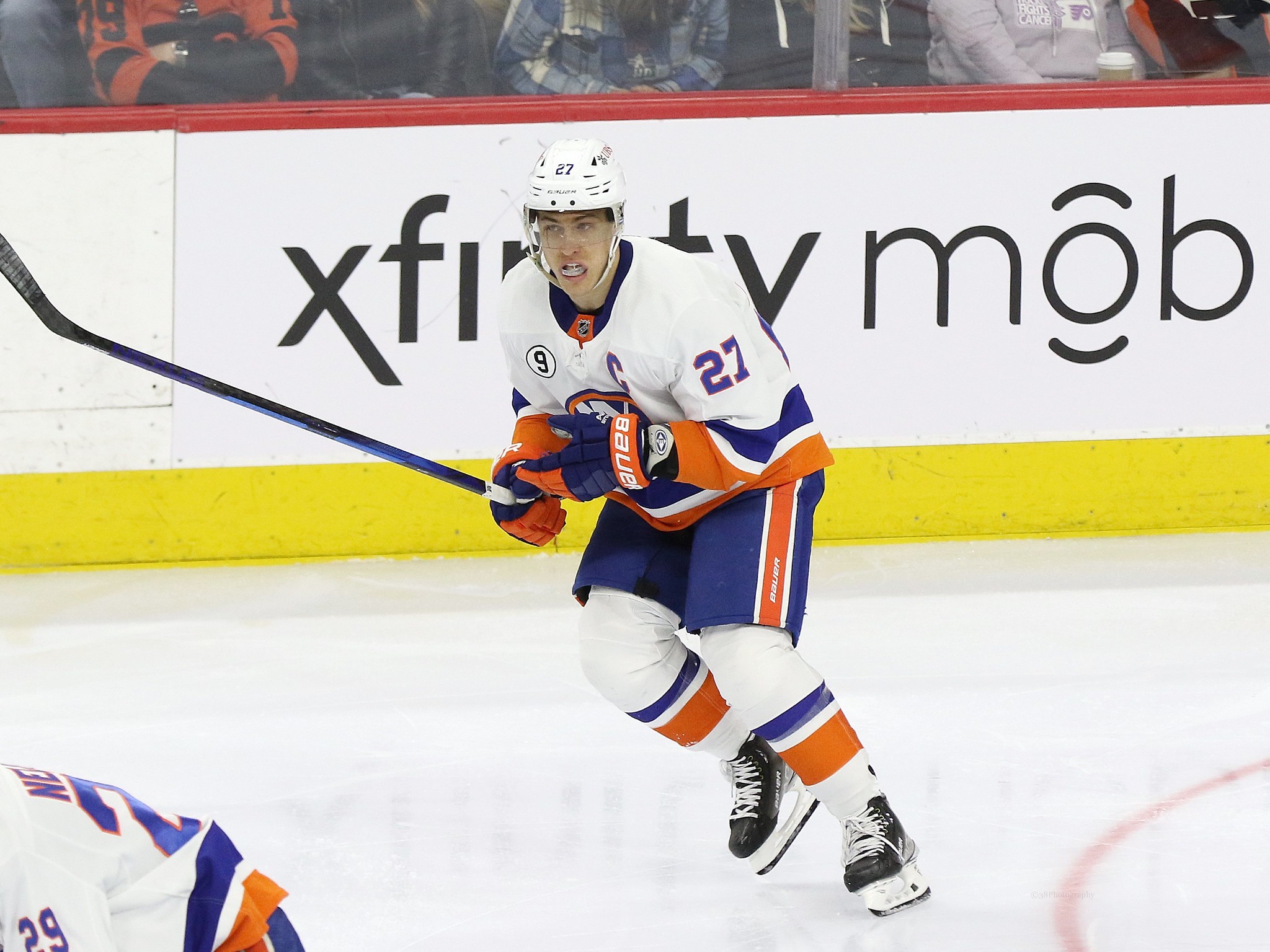 The theme of the 2022-23 season for the New York Islanders might be coming back and winning games in the third period. At least that was the theme of the last two games coming on consecutive nights as they came back from 3-1 deficits in the final period to win both games. The Islanders lead the NHL with 24 goals in the third period and three unanswered goals helped them defeat the New York Rangers 4-3 for their second win on the season against the divisional opponent.

The recent wins are starting to prove that this Islanders team is starting to separate itself from the ones that were coached by former head coach Barry Trotz. In previous seasons, a 3-1 deficit would feel insurmountable as they thrived on winning low-scoring games and with a great defense. This year under Lane Lambert, the Islanders look like they can come back from any deficit.

Against the Colorado Avalanche, they were trailing 3-0 but scored five unanswered goals to win the game 5-4. Against both the Calgary Flames and the Rangers, the Islanders scored three unanswered goals to overcome two-goal deficits, with their offense suddenly looking like a strength of the roster.

Lee Caps Off the Comeback

The Islanders’ captain has been an integral part of the offense and the recent game against the Rangers saw him once again step up in the offensive zone and find the back of the net. The Islanders controlled the puck in the offensive zone and a shot on the net allowed Anders Lee to collect a rebound in the crease to get the puck past goaltender Igor Shesterkin. Lee has made his mark as a finisher throughout the season and when the offense needs a spark, they can count on him to step up and provide it.

Lee now has a team-leading eight goals this season. While he might not be the most complete player on the Islanders or the star that hockey fans think of, his ability to find the back of the net continues to fuel the team. He is a goal scorer and particularly a forward that can find the puck near the net and punish opponents. His game-winner against the Rangers was a reminder of how he affects the game, especially in the offensive zone.

The Islanders entered the game against the Rangers scoring only six goals on the power play in 39 opportunities. Lambert has tried different combinations but the team would end up with the same result, a unit that often struggled to create scoring chances. The Islanders scored two of their four goals on the power play including the goal that tied the game in the third period.

The power play stepped up but what stood out is how the unit found the back of the net. The first goal was scored by Kyle Palmieri but was only possible because defenseman Ryan Pulock fired a shot from the point that Shesterkin couldn’t handle, leading to a second-chance shot with the goaltender out of position. The second goal came from the Islanders’ quick passes and effective puck movement that allowed Brock Nelson to find an open shot. The unit is going to be successful if it can both get the puck to the net and also handle the puck, something the team was able to do brilliantly against the Rangers.

Lee scored the game-winner but the goal was only possible because of Alexander Romanov’s play from the blue line. Since being acquired from the Montreal Canadiens, the young defenseman hasn’t made his mark on the offensive end of the ice but with the Islanders looking for the dagger, he gathered the puck and quickly fired a shot to the net. Romanov as a 22-year-old defenseman is still working on his offensive zone production but the recent game showed how he can open up the offense, even if he isn’t going to find the back of the net himself.

Along with Romanov’s big play, the Islanders’ second goal of the game was possible because of Adam Pelech’s top-shelf shot from the point. Likewise, it was Pulock’s hard shot that allowed Palmieri to find the back of the net in the first period.

The Islanders have put a strong emphasis on the defensive unit contributing to the offense this season, from extra skaters joining the rush to defensemen shooting the puck on the net. Against the Flames, Noah Dobson scored the game-winning goal with his shot in overtime, and in the recent game, they saw the rest of the defensemen step up and help carry the offense.

Since starting the season with 28 consecutive successful penalty kills, the Islanders have cooled off a bit. They’ve allowed six goals on the power play including two in the recent game. Furthermore, while the unit was a strength to start the season, the past few games have proven that it isn’t going to carry the Islanders as opponents are finding more open shots and keeping the puck in the offensive zone.

Granted, there were four penalties taken against the Rangers, three of which were in the second period. Moreover, Casey Cizikas took two of those and he is one of their top penalty killers. However, the unit hasn’t looked the same since the start of the season and if the Islanders remain undisciplined and continue to accumulate penalties, it will eventually start costing them.

For the second night in a row, the Islanders’ defense didn’t help out their goaltender. After Ilya Sorokin was forced to make 43 saves to keep his team in the game, Semyon Varlamov saved 37 of the 40 shots he faced. Varlamov didn’t have a remarkable night in the net, but like Sorokin the night before, his strong performance kept the team in the game, allowing them to come back and win 4-3. The past two games have shown that they have a reliable goaltending duo that can and will allow them to win on a nightly basis and despite the defensive struggles, they managed to win on consecutive nights.

Other Takeaways from Islanders’ Comeback Win

What’s Next for the Islanders

The Islanders’ next two games are against the Arizona Coyotes and Columbus Blue Jackets. Both games are at home and against teams with a combined record of 8-15-1, making them two teams the Islanders must take advantage of and avoid playing down to.

The Islanders are having a great season and with a 9-5 record, are in second place in the Metropolitan Division. However, they still need to stay on course and pile up the wins early in the season, especially in a competitive division. The last two games proved the Islanders are going to be among the best teams in the league this year but the question is if they can continue to play well as the season progresses and remain one of the top teams.