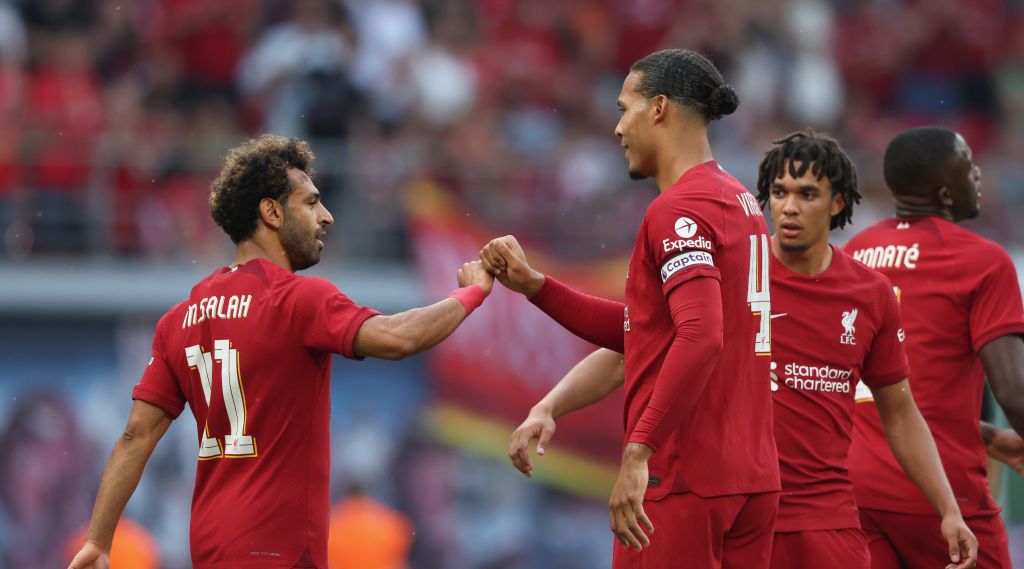 “What a season,” was the text message Liverpool boss Jurgen Klopp sent his assistant, Pepijn Lijnders, the morning after the Merseysiders’ 2021/22 league season finally came to an end, missing out on the league title by a point for the second time in four seasons.

Ultimately, the Reds’ attempt to achieve what no other English side had ever done was scuppered by two results. Still, their quadruple pursuit went further than any other team in history had ever done, with it still a possibility late into the final game of the league season on May 22nd.

Defeat in the Champions League final a week later meant it was two from four trophies and Klopp’s side were forced to settle for a domestic cup double. But it did not deter supporters, who recognised the truly incredible season by lining the streets of Liverpool for an unprecedented parade the day after the night in Paris; all 500,000 people.

“Mate, what am I f**king seeing,” was the candid shout from James Milner to Jordan Henderson on the bus as it hit Liverpool’s waterfront, with the veteran midfielder later saying that the parade played a role in his mind when signing a new contract.  “I think it will make us all even hungrier for success,” said the 36-year-old.

Ibrahima Konate and Joe Gomez are others to have discussed the impact of the parade. “I don’t think there’s another team in the world that could lose the final and come back to that sort of reception and support,” said Gomez.

So, how do Liverpool improve when they were one dodgy VAR handball decision and one win in Paris away from winning everything? Here’s five ideas.

It’s an obvious one when looking at the basic facts of the season; Liverpool played in three major cup finals and didn’t score a single goal in 300 minutes.

With the firepower of Mo Salah, Sadio Mane, Roberto Firmino and Diogo Jota, who hit 86 goals between them last season, plus January arrival Luis Diaz, Liverpool should be able to find a way to win finals before they went to extra-time and penalties – as the two domestic ones did against Chelsea.

Does this point to a problem with creativity in midfield against well-drilled, elite defences like Chelsea and Real Madrid? The addition of Fabio Carvalho, a goalscoring midfielder, could aid in this area.

Carlo Ancelotti’s words after the Champions League final are certainly worth considering, with the Real Madrid boss saying he knew how Liverpool would play.

“I think it helped that Liverpool were easier to decipher than the others,” he said. “They have a very clear identity and we could prepare the way that we did. We knew what strategy to take – don’t give them space behind the defence to run into.”

Having a clear identity is good for many reasons, but not at the extent of becoming predictable to play against. Being unpredictable in attack is a key fundamental for any football team.

Klopp’s response to this could well be the addition of Darwin Nunez – a more traditional No.9 who hints at a change of point in attack for the Reds. He’s far more likely to be playing on the last defender than Liverpool’s other centre-forward options, and gives more physical and aerial presence. He gets into the box more often, in a way that Divock Origi did as a substitute on occasion to change games.

Forgive us if you’ve heard this one before, but four draws achieves fewer points than two wins and two defeats. Draws cost titles – Liverpool should know it.

2021/22 saw Liverpool suffer just two defeats – one fewer than the champions. Adding to similar tales in 2018/19 (one defeat vs four for City) and 2008/09 (two defeats vs four for champions Man United). Seven times in Premier League history has a team lost fewer games than the title winners – and three of them were Liverpool.

Especially disappointing draws for the Reds last season were against Brentford and Brighton early on, shipping five goals to two bottom-half teams and squandering a 2-0 lead at home to the Seagulls. Another that stings is the 2-2 away to Tottenham in December which Liverpool played despite missing Virgil van Dijk, Fabinho and Thiago due to covid isolation. Tyler Morton was given a debut in midfield alongside James Milner at a time when most teams were having games postponed for such absences.

4. Improve results against the top rivals

In games against Man City, Tottenham and Chelsea last season, Liverpool drew all six. 12 points gone in vital matches. Turning just one of those into a win would’ve seen the title land at Anfield.

In the ‘big six’ head-to-heads, Liverpool took 15 points compared to Man City’s 20. A five-point swing in the title race is extremely decisive.

Which brings us to our next point…

5. Take at least four points in the games against City

Two of the last four league campaigns have seen City win the title by a point over Klopp’s side. The finest of margins – such as an absolutely blatant handball decision – can decide a title now such is the near-perfect levels these two teams have raised the bar to.

Last season, results in the head to head league encounters both ended 2-2. The last time Liverpool beat City in the league was in 2019/20… when they went on to win the title. The Reds have only beat the Citizens once in the last eight league games.

Quite frankly, Liverpool have to take more points from the games against City than City take. A win each won’t do, two draws won’t do. It’s a minimum of four points required from the two games in order to have some swing in the title race.

City, again, have the slight advantage this coming season, with the game at the Etihad coming in the second half of the season. Liverpool must win the fixture at Anfield in October if they are to win the title.