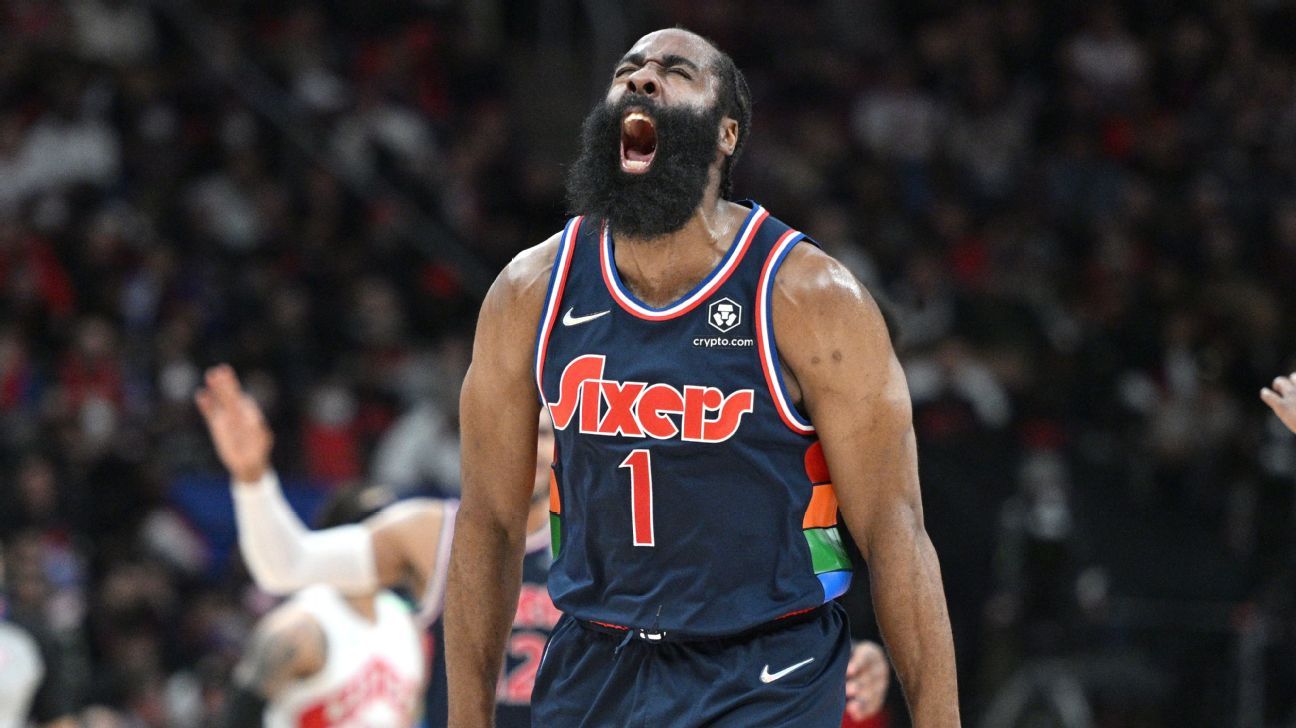 PHILADELPHIA — The Philadelphia 76ers officially announced on Wednesday their new deal with veteran James Harden. The club didn’t reveal terms in a release, but Harden’s contract is for two years and $68.6 million, and it includes a player option for the 2023-24 season, sources told ESPN’s Adrian Wojnarowski last week.

“This is where I want to be. This is where I want to win, and I think we have the pieces to accomplish that goal,” Harden said in a statement. “From my first day with the 76ers organization, the team and the fans have helped me feel at home here in Philadelphia. I’m excited to build off of last season and I can’t wait to get out on the court with the guys and start this journey.”

Daryl Morey, team president of basketball operations, posted a picture on Instagram of him posing alongside Harden as the 10-time All-Star guard signed his contract.

“Now this looks like a job for we,” Morey wrote.

Harden’s plans have been clear since Philadelphia’s season ended: He was committed to staying with the 76ers and committed to help them get better.

“Taking less money this year to sign as many players as we needed to help us contend and be the last team standing was very, very important to me,” Harden said in an interview this month with The Associated Press. “I wanted to show the organization, the Sixers fans and everybody else who supports what we’re trying to accomplish, what I’m trying to accomplish individually, that this is what I’m about.”

Harden vowed to return to for after battling a lingering hamstring injury that cut his production with the Brooklyn Nets, and later the Sixers, after he was acquired in a trade-deadline deal.

“Over the last two years we have taken major steps toward our ultimate goal of becoming champions,” said coach Doc Rivers. “James shares our drive to win a title, and he believes being a 76er gives him the best opportunity to do that. Together, we will work tirelessly to achieve our goal.”

A member of the NBA’s 75th Anniversary Team, Harden averaged 22 points this season for Brooklyn and Philadelphia, his lowest since he became a starter in the 2012-13 season. He turns 33 in August.

Harden, a three-time scoring champion, told the AP he was nonplussed about taking “less” money to return and chase a championship in Philly.

“For any other players, that’s a max contract,” he said of his lower numbers, “but it’s like, for me, I was not the same James Harden.

“Coming back and being the aggressor, the scorer first and then the playmaker, is something that I need for myself,” he said.

Harden has appeared in 942 games (728 starts) with Philadelphia, Brooklyn, Houston and Oklahoma City and holds averages of 24.9 points, 5.6 rebounds, 6.8 assists and 1.5 steals.