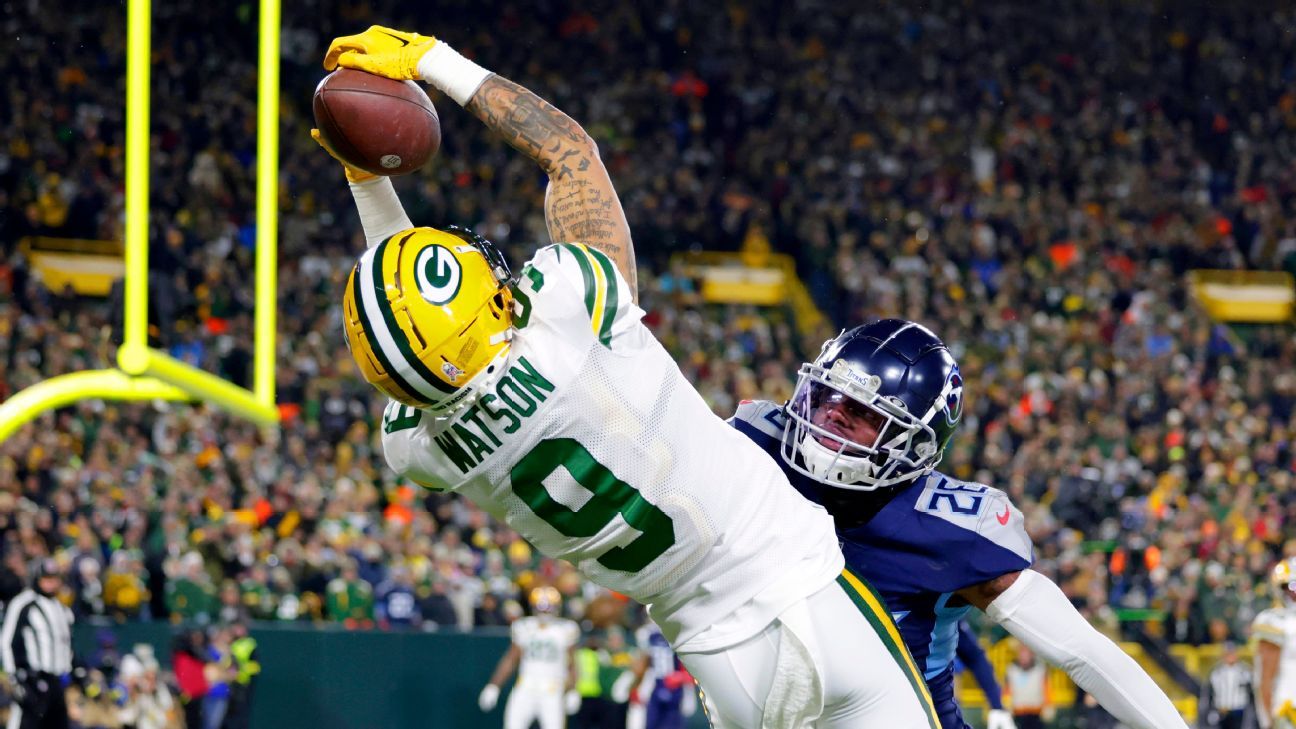 GREEN BAY, Wis. — Five days ago, Christian Watson had zero touchdown catches. Five quarters of football later, he had four of them.

He followed up his three-touchdown game last Sunday against the Dallas Cowboys with another TD in the first quarter of the Green Bay Packers‘ Thursday night game against the Tennessee Titans.

The last Packers’ rookie receiver with at least four touchdown catches in a season was James Lofton, who had six in 1978.

And while this is all new to the rookie second-round pick, it came on a play that’s old hat for Aaron Rodgers.

Rodgers caught the Titans with 12 men on the field and floated the ball to Watson on the left side of the end zone for a contested catch over cornerback Kristian Fulton.

It was the 17th career touchdown pass of Rodgers’ career on free plays — either defensive offsides or too many men on the field. It was Rodgers’ first such touchdown of the season and first since last Christmas against the Cleveland Browns. No one else has more than five such touchdowns since 2008.

The Titans blocked the extra point to take a 7-6 lead into the second quarter.