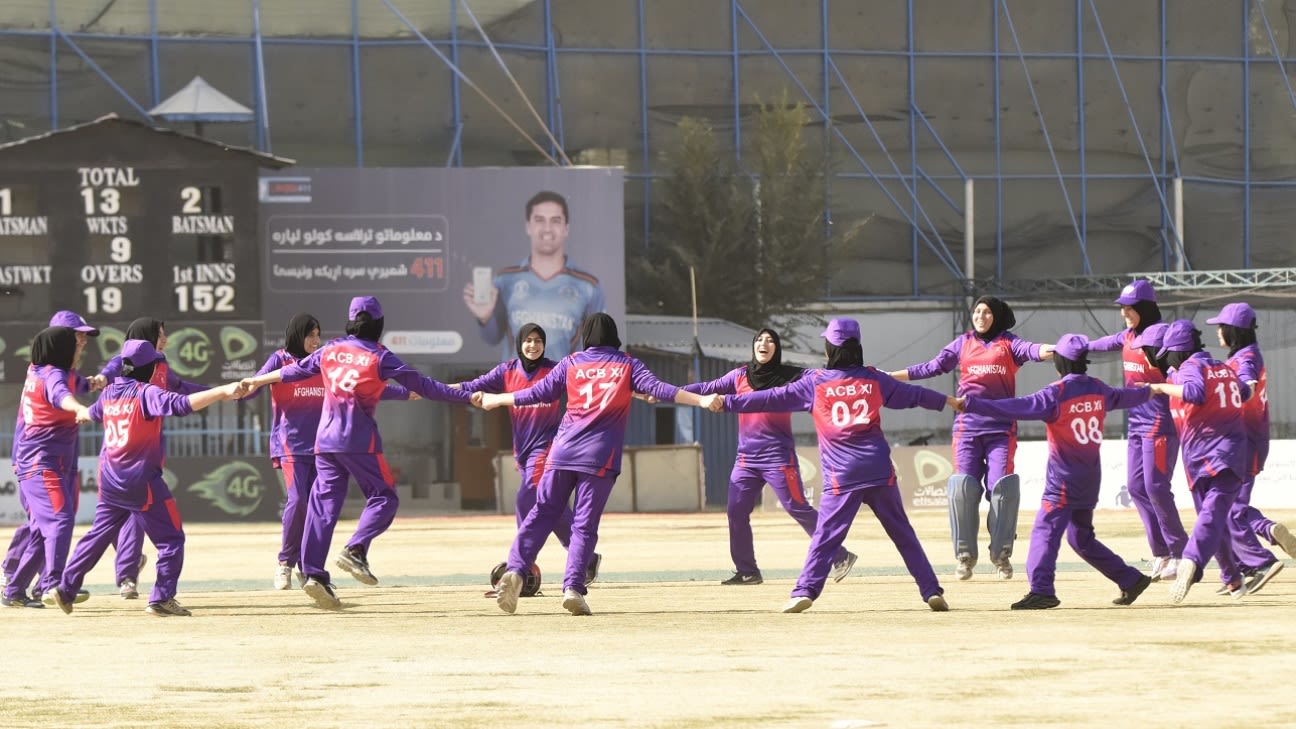 The ICC’s Afghanistan Working Group (AWG) has conveyed to the governing body’s board that the country’s government has reiterated its commitment to “fully respect and comply” with the ICC constitution, including agreeing “in principle” to support the development of women’s cricket.

The focus was to ensure “diversity and inclusivity, and for the Afghanistan Cricket Board to operate independent from government interference,” an ICC statement following meetings in Melbourne over the weekend said.

“The meeting was positive and respectful, and the [Afghanistan] government representative was clear in his support for the ICC constitution including in principle for women’s cricket in Afghanistan,” Imran Khwaja, the AWG chair, was quoted as saying. “There are obviously challenges for it to resume but we will continue to work with the ACB to take this forward. The Working Group will closely monitor the commitment undertaken by the Afghanistan government and will continue to report back to the ICC Board.”

As things stand, Afghanistan is the only Full Member to have received that status without having an operational women’s team in place. Last year, the ACB had announced its first contracts for women in their quest to build a team, but those efforts were put on the back-burner following the Taliban’s takeover of the administrative affairs of the country in September 2021.
At the time, ACB chief executive Hamid Shinwari admitted that the women’s game was “in peril”, even as then acting chairman Azizullah Fazli said women would be allowed to play as long as the players adhered to Islamic rules. Soon after, Afghanistan’s Test in Australia – their first in the country – was called off. Australian sports minister Richard Colbeck said at the time that Afghan athletes would “remain welcome in Australia, but not under the flag of the Taliban”.

Thailand, Nepal, Namibia among hosts for U19 World Cups
Sri Lanka will host the men’s Under-19 World Cup in 2024, while Zimbabwe and Namibia will stage the 2026 edition together. And, as part of the ICC’s attempts to spread the game, Malaysia and Thailand have been named joint hosts of the women’s Under-19 T20 World Cup in 2025, while Bangladesh and Nepal will jointly host the 2027 edition of the same tournament.

The Under-19 World Cup for women is finally set to take off after a pandemic-enforced delay, with South Africa hosting the inaugural edition in January 2023.

Men’s 50-over World Cup in 2027 will feature 14 teams
The ICC has also formulated a qualification pathway for the women’s 2024 T20 World Cup – the ten-team event will have eight automatic qualifiers – the top-three teams from each of the two groups at the 2023 women’s T20 World Cup in South Africa, hosts Bangladesh (if they fail to make the cut in 2023), and the next-highest-ranked teams in the ICC rankings when the 2023 edition concludes. The remaining two teams will be identified through the ten-team global qualifying event.

The men’s ODI World Cup in 2027 will be a 14-team event, as compared to ten in 2023 in India. South Africa and Zimbabwe will qualify as hosts, along with the next eight teams in the rankings on a date that is yet to be announced. Four others will join these ten via a global qualifier.