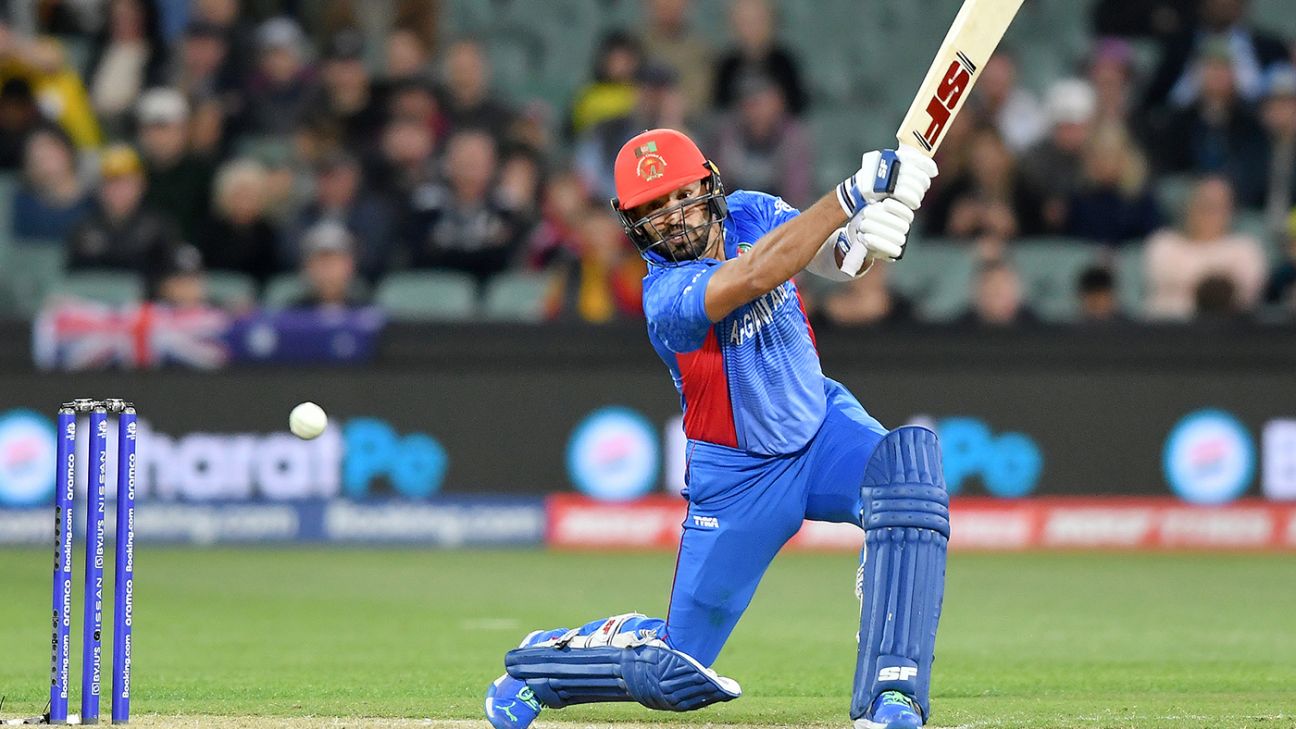 Afghanistan have named allrounder Gulbadin Naib and uncapped left-arm wristspinner Noor Ahmad in their 18-man squad for the three-match ODI series against Sri Lanka that gets underway in Kandy later this month.
The rest of the squad remains the same as Afghanistan’s last ODI series, against Zimbabwe in early June when they blanked the hosts 3-0.
Noor, 18, hasn’t yet made his ODI debut but has already built up quite the reputation in various T20 leagues around the world. He returned figures of 4 for 10 on T20I debut – joint-best debut figures in a T20I involving two Full-Member teams – and was more recently part of Afghanistan’s 2022 Asia Cup squad. While he did not make the cut for the T20 World Cup in Australia, he has been with the squad on a regular basis, despite not always getting the game time.
Former ODI captain Naib last played a 50-over game against Bangladesh in February but came into Afghanistan’s T20 World Cup side midway as a replacement for the injured Hazratullah Zazai.
The rest of the squad is on expected lines, with Hashmatullah Shahidi leading the team. He is expected to form the fulcrum of the top order alongside Ibrahim Zadran, Rahmanullah Gurbaz and Rahmat Shah. Mohammad Nabi, who recently stepped down as the T20 captain after a disappointing World Cup campaign where Afghanistan failed to win a single game, has also been included. Rashid Khan and Mujeeb Ur Rahman headline the bowling unit.

“The selectors have included some young faces for the series which is a good sign for us leading into the ICC Cricket World Cup next year. The series is vital for us in terms of our qualification for the mega event next year and I am sure the squad carries enough strength to do well when they get to the field,” Naseeb Khan, the ACB CEO, was quoted via a press release.

The three-match series is part of the ODI Super League and will begin on November 25. All three games will be held in Kandy. Afghanistan are currently placed seventh on the Super League points table with ten wins from 12 matches.