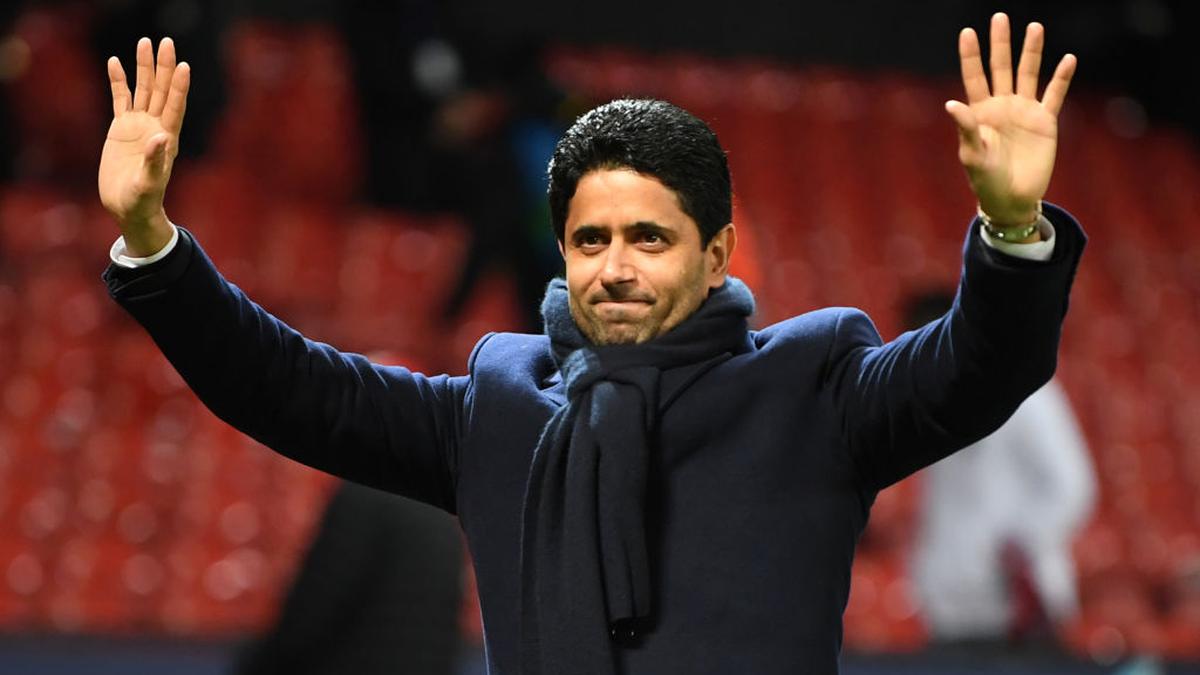 Paris Saint-Germain president Nasser al-Khelaïfi was acquitted in Switzerland on Friday for a second time in a retrial of alleged wrongdoing linked to former FIFA secretary general Jérôme Valcke.

Al-Khelaïfi was cleared again of a charge of incitement to commit aggravated criminal mismanagement for allowing Valcke to use a vacation home in Sardinia rent free. The home was bought in 2013 by a Qatari company.

Valcke, who was FIFA’s top administrator for eight years until being removed in 2015, was convicted on separate charges not involving Al-Khelaïfi. They relate to taking kickbacks in negotiations for World Cup broadcast rights in Italy and Greece.


The Swiss federal criminal court found Valcke guilty of repeated forgery and passive corruption. He was given a longer suspended sentence — 11 months instead of three — than he received after the original trial in September 2020.

A third defendant, Greek marketing executive Dinos Deris, was convicted of active corruption and given a 10-month suspended sentence after first being acquitted in 2020. Both men’s sentences were suspended for probationary periods of two years.

The retrial was held in March at the Swiss federal criminal court after prosecutors appealed against the original verdicts.

Al-Khelaïfi’s second acquittal was hailed by his legal team as “total vindication.”

“The years of baseless allegations, fictitious charges and constant smears have been proven to be completely and wholly unsubstantiated — twice,” lawyer Marc Bonnant said in a statement.

During a five-year investigation, Al-Khelaïfi, the head of Qatari broadcaster beIN Media Group and a member of the World Cup host nation’s government, rose in power and status in European soccer.

Despite being a suspect in Swiss criminal proceedings, Al-Khelaïfi was elected in 2019 to join the UEFA executive committee and now leads the influential European Club Association after PSG refused to join the failed Super League project last year.

The prosecution case against Al-Khelaïfi focused on beIN’s renewal of World Cup rights in the Middle East and North Africa with FIFA around the time the Italian villa was bought.

While often using the vacation home from 2013 to 2015, Valcke also oversaw FIFA-led talks to move the 2022 World Cup in Qatar from June and July to the cooler months of November and December. FIFA was also awaiting, then dealing with the fallout from, its ethics committee’s investigation into the 2018-2022 World Cup bidding contests.

Valcke’s convictions were announced in the same week that former FIFA president Sepp Blatter was on trial in the same Bellinzona courthouse in a separate case. Blatter and former UEFA president Michel Platini faced fraud, forgery and financial misconduct charges.

Verdicts are due on July 8 in that case, which relates to a Blatter-approved FIFA payment of 2 million Swiss francs ($2 million) to Platini in 2011.

Valcke remains a suspect in a separate Swiss criminal proceeding that involves Blatter and former FIFA finance director Markus Kattner, That case involves a $1 million FIFA payment to the Trinidad and Tobago soccer federation in 2010.

Al-Khelaïfi has also been under investigation by financial prosecutors in Paris for payments linked to Qatari bids to host the track and field world championships, which were staged in Doha in 2019.