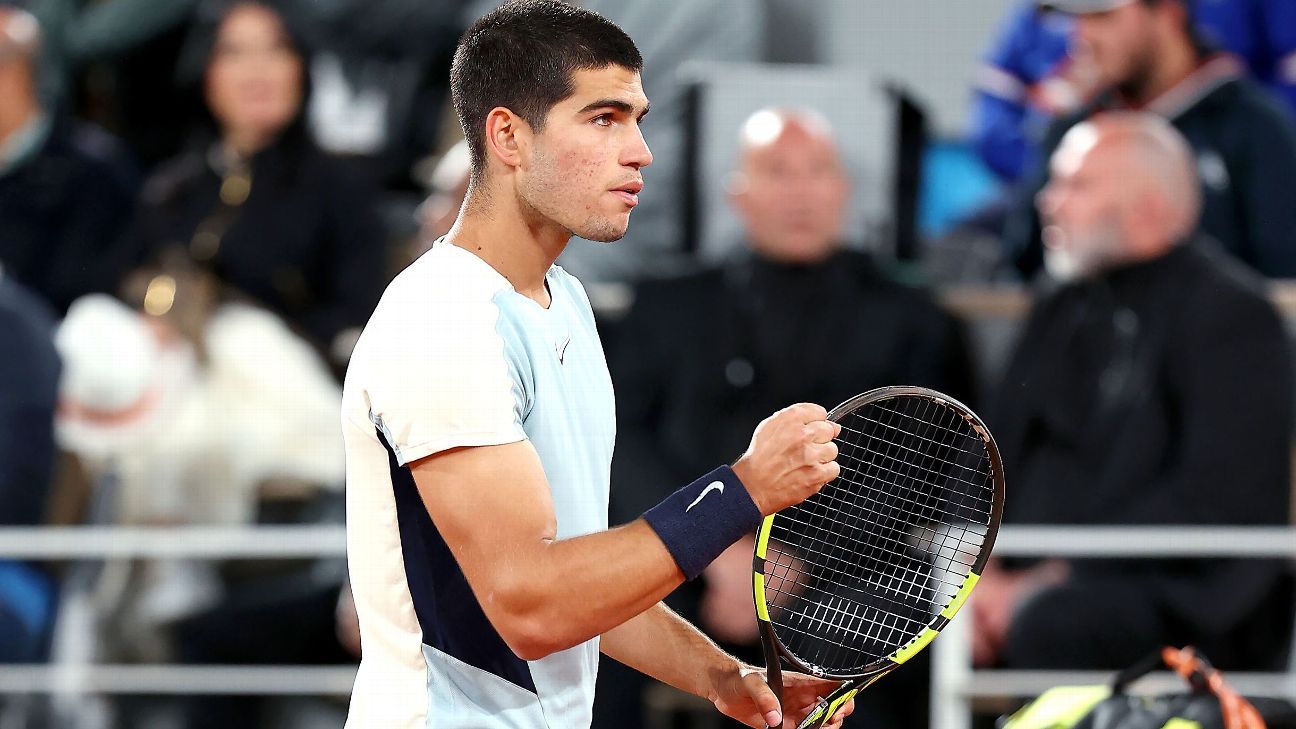 UMAG, Croatia — Top-seeded Carlos Alcaraz overcame a second set scare on the way to defeating qualifier Giulio Zeppieri 7-5, 4-6, 6-3 to advance to his seventh career ATP final at the Croatia Open on Saturday.

With the victory, the 19-year-old Spaniard is in his tour-leading sixth final of the year.

“It’s amazing to be in a final here again,” said Alcaraz, who won his maiden ATP title here last year.

He overcame his first dropped set in the clay-court tournament and a roll of his ankle in the semifinal against the 20-year-old Italian.

“At the moment it is good,” Alcaraz said about his ankle. “I don’t feel too much right now. Let’s see tonight or tomorrow morning, but I am going to say I will be ready for the final.”

In his first real test in Umag after two straight-set victories, Alcaraz converted six of his 15 break points while Zeppieri, who didn’t win a tour-level match before this week, broke him four times.

Sunday’s final against second-seeded Jannik Sinner will be Alcaraz’s 100th match on the tour.

Sinner eased past fellow Italian Franco Agamenone, a qualifier, 6-1, 6-3 to advance to his first ATP final this year and eighth overall.