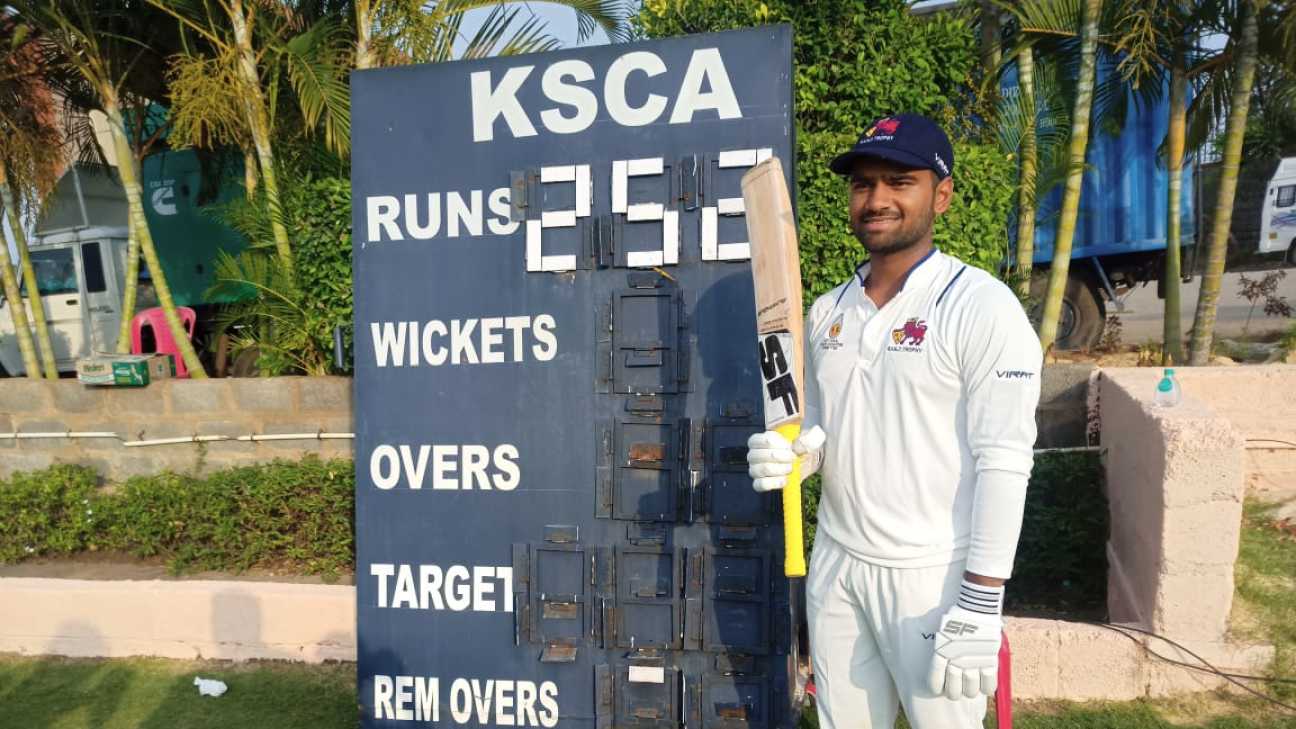 Three-hundred-and-eighty-two days into his job, Amol Muzumdar can now heave a sigh of relief after coaching Mumbai to within touching distance of a record 42nd Ranji Trophy triumph. They will meet Madhya Pradesh in the final, which begins on on June 22 in Bengaluru.
Getting the team “back on track in red-ball cricket” was his priority since he took over the reins as the head coach from Ramesh Powar in June 2021, and the months of hard work have come to fruition.

Muzumdar’s mantra for success was simple: follow the process that is working in the dressing room and show complete commitment till the end.

“This is a different generation you are dealing with here,” Muzumdar says of Mumbai’s legacy and handling the current bunch of players. “I personally feel it is another game [the final]…”

“We haven’t looked at the quarter-finals or the semi-finals or the finals. There are systems that are working in the dressing room, and we would like to follow that till the last ball is bowled in the Ranji Trophy season. That was our commitment at the start of the season.”

The process that he is talking about also emphasises on an individual’s progress – that is giving him “immense pleasure” – rather than the team’s result. Despite just managing to sneak into the knockouts, players have stepped up for Mumbai.

Suved Parkar scored a double-century on debut; Sarfaraz Khan hit 153; Shams Mulani picked up a five-for, hit a fifty against Uttarakhand and then scored back-to-back half-centuries against Uttar Pradesh; Yashasvi Jaiswal has cracked three consecutive hundreds; Hardik Tamore rose to the occasion in the absence of the experienced Aditya Tare; Armaan Jaffer played the long innings; and the bowlers collectively chipped in at important stages to turn the tide.

So when everyone knew what they were doing, the outcome was visible.

That apart, one of the things that Muzumdar and the team were also particular about was managing the workload of the bowlers and ensuring they didn’t feel burnt out.

Decided even before the start of the season was a five-bowler strategy without looking back at it. The result? Left-arm Mulani now leads the bowling charts with 37 wickets, the pace duo of Dhawal Kulkarni and Mohit Avasthi has accounted for 26 strikes, and offspinner Tanush Kotian has 18 wickets to him.

And more importantly for Mumbai, all of them have played all five matches.

“The bowling unit has been fantastic, they’ve been putting in the effort throughout – 365 days,” Muzumdar said. “Trainers and physios have done a fantastic job. Dhawal has led the pack nicely. He has been the sort of a guy who mentors and takes them under the wings and gives them the freedom to do that.

“Shams Mulani’s… terrific performance this season. He didn’t pick up a wicket this match [semi-final], but he has been wonderful this season so far. There are some tweaks that have happened during the season and that’s paying off.”

“This generation has been fantastic… It’s been wonderful working with them, [and] just shaping them”

Muzumdar on his young team

Muzumdar feels that the “bold” gen next has the “sense of the Bombay legacy” growing up in the maidans of Mumbai, and that every player values the coveted Mumbai cap.

For instance, this is what Muzumdar said to Jaiswal before the knockouts: “If you like batting, you show me. There is no point talking in the dressing room. If you are between those 22 yards, you can display that you like batting”.

And Jaiswal proved it by adding three centuries on the trot. Interestingly, in the semi-final, he swallowed 54 deliveries to get off the mark to eventually to get out on 181. Mind you, Jaiswal was playing first-class cricket immediately after being with Rajasthan Royals, tuning up for T20 cricket, until just days before the Ranji quarter-finals.

“The only difference [in this generation’s approach] is how you take it and how you bring it to the dressing room; how you keep that dressing room light,” Muzumdar added. “It should not be heavy. That’s been the goal.

“This generation has been fantastic. I keep telling them if you keep working on your game, the world is your oyster. There’s no looking back. Look at the opportunity. It’s been wonderful working with them, [and] just shaping them. Seeing them grow gives me immense pleasure.”

Keeping the group motivated was a “different challenge this season” as Ranji was played in two phases, but Muzumdar said that the team bonding sessions with the National Security Guards (NSG) in October last year and an in-season fitness program during the month of April and May for the Ranji players who were not part of the IPL also helped.

All said and done, the final is only four days away, but Muzumdar is not fretting over their opponents Madhya Pradesh or their coach Chandrakant Pandit, who had led Mumbai to two Ranji titles, as well as Vidarbha twice recently. Pandit was also the team’s coach back in 2016-17 when Mumbai had last reached the Ranji final.

“There are a lot of things that happen in a season – a lot of ups and downs, out-of-form players and so many things to deal with,” Muzumdar said. “We would like to follow our process and focus on what we’ve done in our dressing room”.

Srinidhi Ramanujam is a sub-editor with ESPNcricinfo