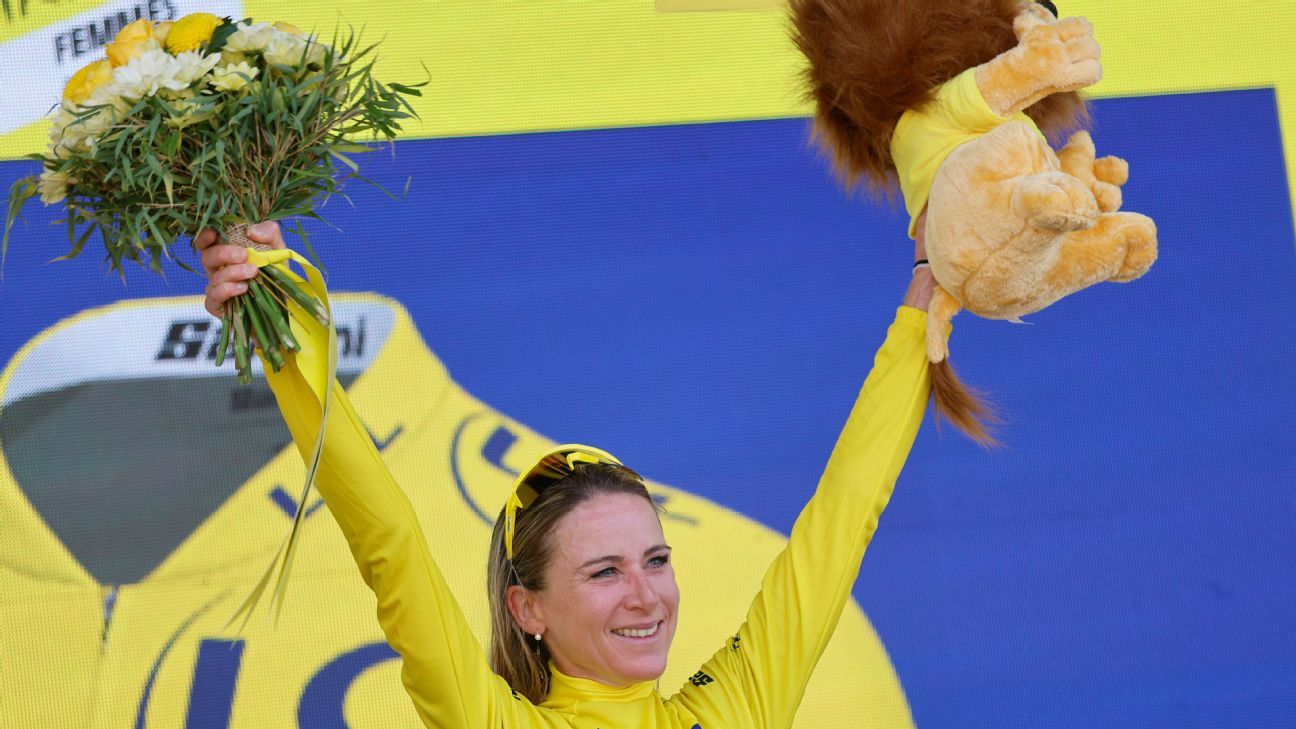 The 39-year-old Van Vleuten won the stage by 30 seconds from Dutch countrywoman Demi Vollering, who also finished the race second overall. Italian rider Silvia Persico was third in the stage, 1 minute, 43 seconds behind the winner.

In the overall standings, Movistar rider Van Vleuten was 3:48 clear of Vollering (Team SD Worx) and 6:35 ahead of Polish rider Katarzyna Niewiadoma (Canyon-SRAM) in third spot.

Van Vleuten had just about enough energy to punch the air in delight when crossing the line after the 123-kilometer (76-mile) mountain stage in the Vosges mountains of eastern France. It featured two category 1 climbs, the second ascent being the stage-ending trek up La Super Planche des Belles Filles, which finished with a daunting gradient of 23%.

She entered the final stage with a lead of 3:14 seconds over Vollering.

On Saturday’s penultimate stage, Van Vleuten rose from eighth overall to take the yellow jersey from Marianne Vos with more superb climbing in the Vosges.

Six years ago, her career was under threat after she sustained fractures to her spine and was placed in intensive care after crashing during the women’s Olympic road race at the Brazil Games.

Vos was among the favorites, but the three-time Giro d’Italia champion ended up in 26th place overall.