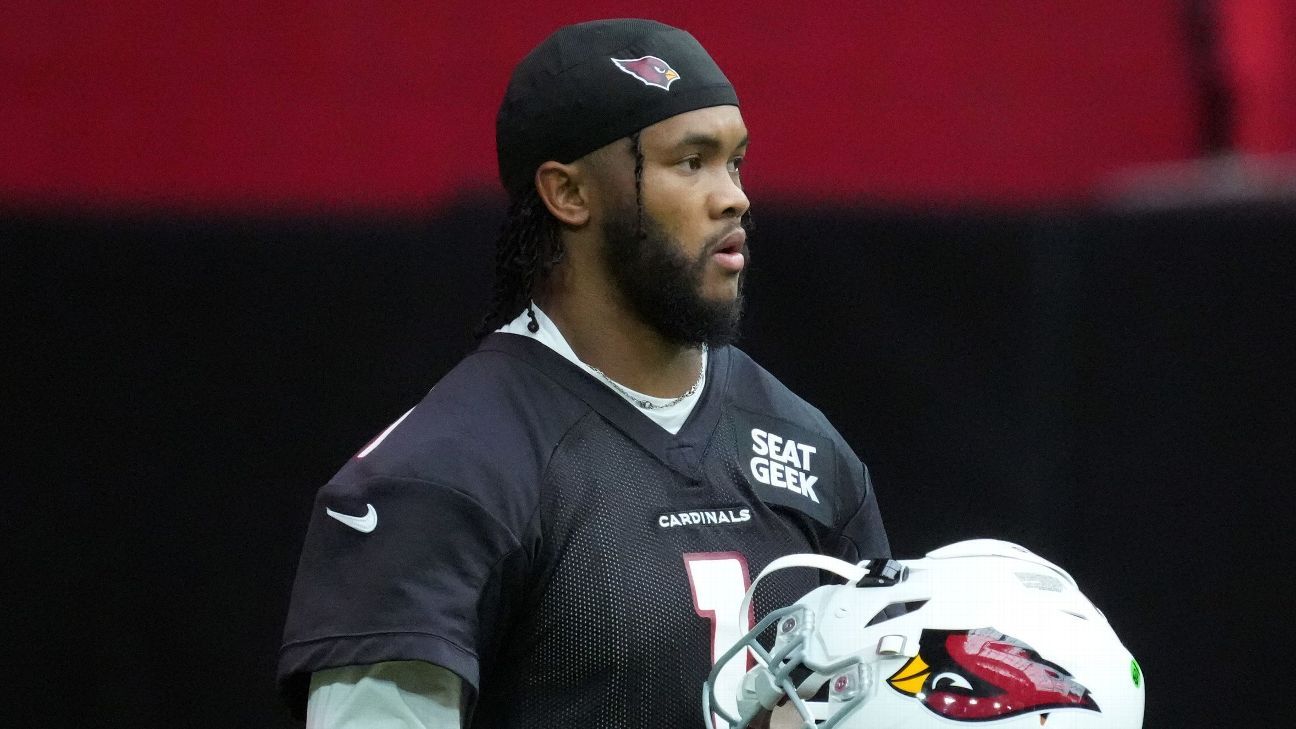 TEMPE, Ariz. — Cardinals quarterback Kyler Murray held an unscheduled press conference on Thursday to defend himself against the backlash he’s received from the independent study addendum that was added to his contract.

Murray spoke for about 11 minutes, saying he felt it was necessary to explain himself.

He said it was “disrespectful” that outsiders thought he would reach the levels he’s at — a starting quarterback in the NFL — without being a “student of the game.”

Murray said playing quarterback is too hard to do without studying a significant amount of film.

“I’m flattered that y’all think that at my size I can go out there and not prepare for the game and not take it serious,” he said.

Murray, who’s usually reserved when it comes to talking about himself, admitted his surprise appearance was out of character.

He also listed his accomplishments — going undefeated in high school, winning the Heisman, going in the first round in the NFL and MLB drafts, winning Offensive Rookie of the Year and being a two-time pro bowler.

“I can’t afford to take any shortcuts, no pun intended,” he said. “Those are things you can’t accomplish if you don’t prepare the right way.

Murray declined to answer specific questions about the addendum, including whether he felt offended about it being included, instead asking reporters if they had any questions about football.

“I’m flattered that y’all think that at my size I can go out there and not prepare for the game and not take it serious.”

“Of course, I watch film by myself, that’s a given,” Murray said. “That doesn’t even need to be said. But I do enjoy and love the process of watching the game with my guys — the quarterbacks — my coaches.”

Murray took issue with the response to the addendum and the criticism that he received about his preparation. He said he wasn’t shocked by the reaction.

“I refuse to let my work ethic, my preparing to be in question,” Murray said. “I’ve put in an incomprehensible amount of time and blood, sweat, tears and work into what I do, whether it’s football or baseball. People can’t comprehend the amount of time that it takes to do two sports at a high level in college, let alone be the first person to do it ever at my size. It’s funny.

“But to those of you out there that believe that I’d be standing here today, in front of y’all without having a work ethic and without preparing, I’m honored that you think that. But it doesn’t exist. It’s not possible. It’s not possible.”