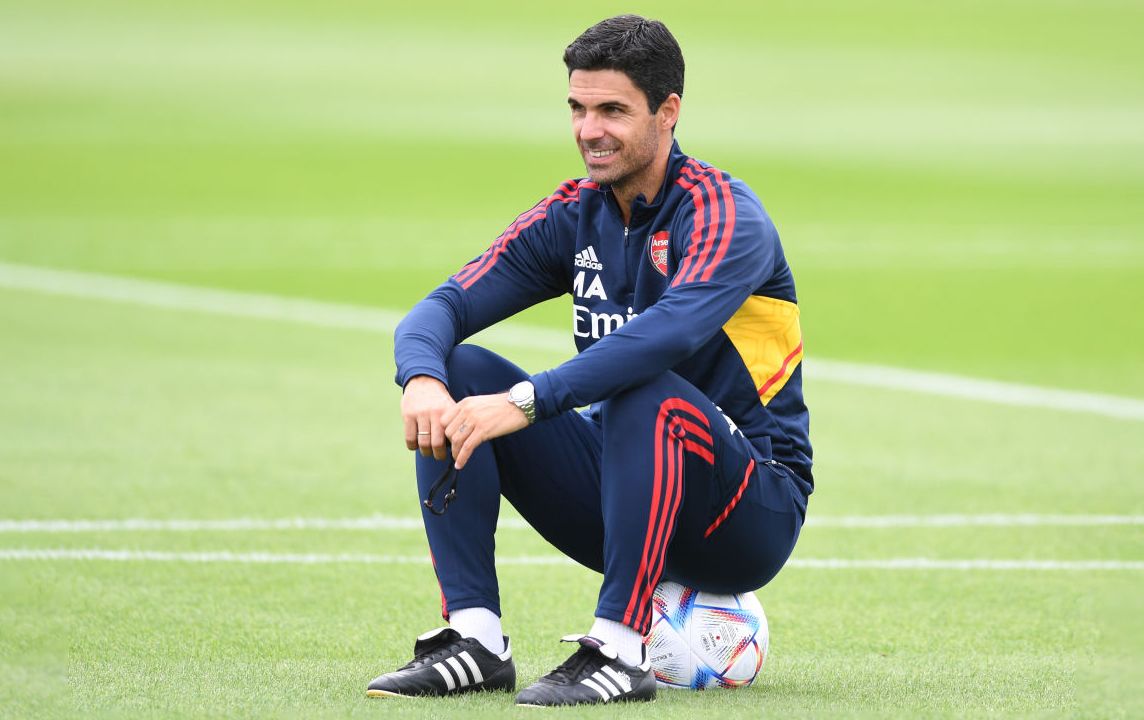 Arsenal have been quoted a price of €40-45 million – around £33-38m – for one exciting wonderkid on their shopping list.

The Gunners have had a busy summer so far, bringing in Manchester City stars Gabriel Jesus and Oleksandr Zinchenko as their headline acquistions, spending a combined sum of around £75m on the pair.

Aside from those two, however, United States international Matt Turner and Brazilian youngster Marquinhos both joined early in the window – along with Porto playmaker Fabio Vieira.

But Arsenal are keen for even more reinforcement in attack, with renowned transfer expert Fabrizio Romano (opens in new tab) telling Caught Offside (opens in new tab) that the north Londoners know exactly how much they’ll have to pay for target Cody Gakpo.

Gakpo, a Netherlands international who broke through the famed PSV academy and into the first team, is a name that both Arsenal and Leeds United have been looking at. The 23-year-old was rumoured to have signed a new deal with his Eredivisie employers back in January but could still be pursued by Mikel Arteta in the closing weeks of the transfer window.

“At the moment, despite some speculation involving Arsenal, the situation is quiet around Cody Gakpo,” Romano claimed.

“PSV Eindhoven are hoping to keep him and his price tag has always been around €40-45m. He may be a name to monitor in the coming weeks as a big opportunity for many clubs. But PSV manager Ruud van Nistelrooy hopes to keep him at the club.”

Leeds United were also heavily rumoured to be interested in Gakpo, confirmed by Romano, who says that the Whites are less bothered about securing the forward now they’ve landed their main target – another star from the Dutch division.

“[Gakpo] has always been on the list for Leeds United, but not in the first position,” the Italian affirmed. “[He’s] just after Luis Sinisterra, who was a priority of the club.”

With the Gunners knowing the exact price that Gakpo will cost, should they want to sign the highly-talented star, Arteta and director Edu may pursue other leads in the coming weeks. Gakpo is set to be involved in Champions League qualifiers for PSV before the season begins anyway – and the club want to keep him around for those fixtures.

This aligns with previous claims that Romano has made about Arsenal remaining active “until the end of the window” (opens in new tab). If Gakpo is to be signed, it could well be as a late deal once the season has begun – given that Arteta already has the likes of Gabriel Martinelli, Emile Smith Rowe, Bukayo Saka, Eddie Nketiah and of course, Gabriel Jesus to pick from in attack for the Gunners’ opening fixture away to Crystal Palace.

Gakpo is versatile enough to play left, right or centre in a front three. Transfermarkt (opens in new tab) value the starlet at around £27m.

Arsenal manager Mikel Arteta has declared that the Gunners aren’t finished with their spending this summer.

Lucas Paqueta has been heavily rumoured as a target in the centre of midfield, as has Youri Tielemans of Leicester City. Arthur Melo has been touted, too, though new signing Oleksandr Zinchenko – who says its his dream come true to join his boyhood club – can play in midfield as well. N’Golo Kante has also been linked.

A big-money winger seemingly remains the last piece of the puzzle for the Gunners, while Gabriel Jesus’ agent has revealed other sides were in for the striker and one wonderkid has departed the Emirates.