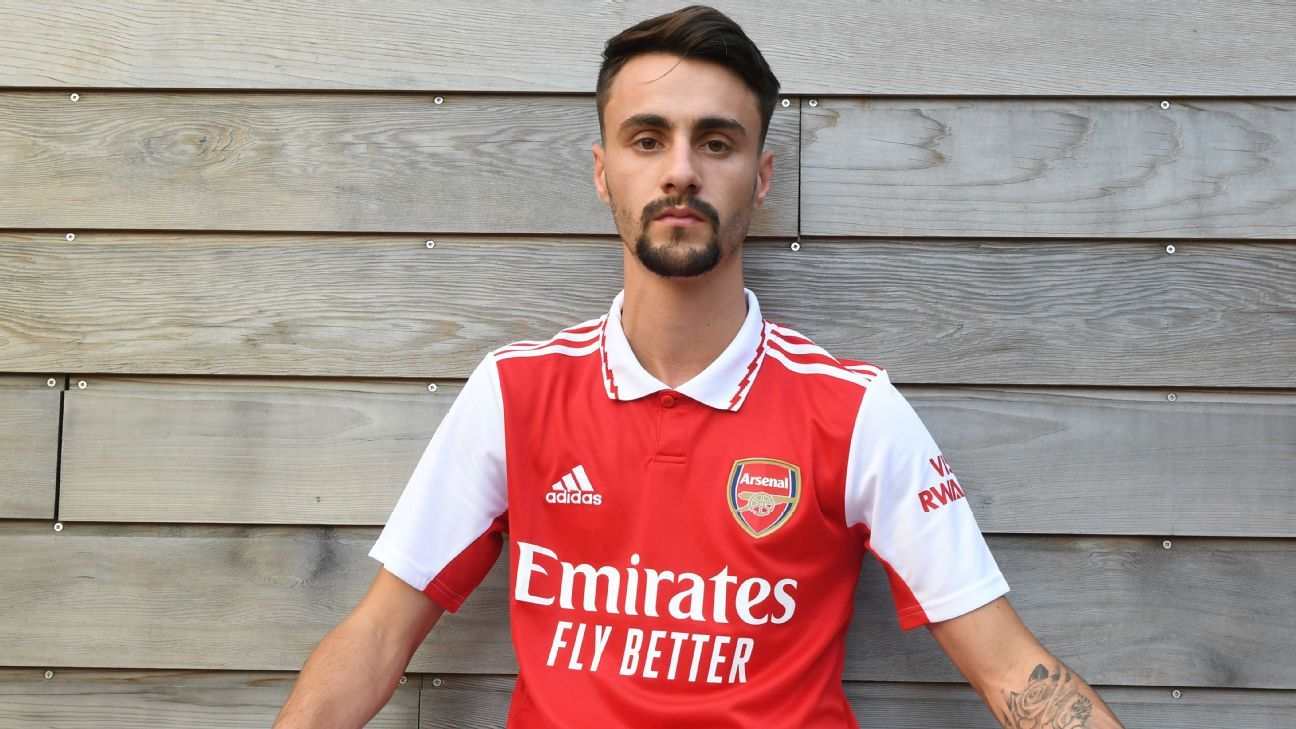 Arsenal have completed the signing of Fabio Vieira from Porto, the Premier League club announced on Tuesday.

Last week, ESPN reported that Vieira was set for his medical in London on Friday after Porto confirmed he would join Arsenal for an initial fee of €35 million.

– Everything you need to know about Fabio Vieira
– Olley: Can Arsenal enjoy better start to Prem season?
– Don’t have ESPN? Get instant access

Arsenal announced that the attacking midfielder has signed a long-term deal and will wear the No. 21 shirt.

“I am very excited that we have identified and signed such a special talent,” Arsenal boss Mikel Arteta said in a club statement.

“Fabio is a very creative player that will bring high quality and versatility to our attacking play. We welcome Fabio and his family to our club and are looking forward to starting work with him ahead of the new season.”

Vieira played a key role as Porto lifted the Portuguese Liga title for a 30th time last season, in which the midfielder scored seven goals and recorded 16 assists in all competitions.