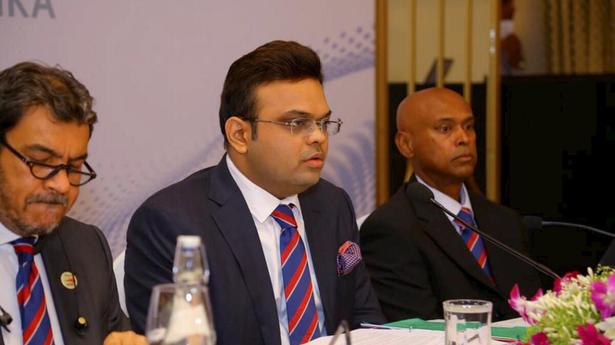 It’s official. The Asian Cricket Council (ACC) has decided to shift the Asia Cup 2022 from Sri Lanka to the United Arab Emirates due to the ongoing political turmoil in the island nation.

In a statement, the ACC confirmed that the multi-nation tournament will be played from August 27 to September 11. Sri Lanka, however, will have the hosting rights.

“Considering the prevailing situation in Sri Lanka, the ACC, after extensive deliberation, has unanimously concluded that it would be appropriate to relocate the tournament from Sri Lanka to UAE,” the statement read.

Sri Lanka is currently engaged in a Test series against Pakistan and also hosted the Australian men’s team and the Indian women’s cricket team recently, but with the political crisis worsening, the decision was taken to shift the tournament to UAE.

“The ACC is mindful of the passionate Sri Lankan fans, hence the final decision to change the venue has been very difficult, but has been one that was deemed necessary. However, the thoughts of all ACC members remain in solidarity with the cricket-loving nation of Sri Lanka,” the statement said.

“Every effort was made to host the Asia Cup in Sri Lanka and the decision to shift the venue to the UAE was taken after much deliberation. The UAE will be the new venue while Sri Lanka will continue to retain hosting rights. This edition of the Asia Cup is extremely important as it will help Asian nations prepare for the ICC World Cup, and I thank the SLC and the Emirates Cricket Board for their understanding and cooperation,” ACC president Jay Shah said.

Sri Lanka Cricket (SLC) president Shammi Silva said, “We were really looking forward to hosting our Asian neighbours in Sri Lanka for the much-anticipated Asia Cup. While I fully stand by the ACC’s decision to shift the Asia Cup to UAE considering the current context and the magnitude of the event, Sri Lanka Cricket will work closely with the ACC and Emirates Cricket Board to ensure that we still have an exciting edition of the Asia Cup.

The last time the six-team Asia Cup was played in 2018, India won the title by beating Bangladesh in the final.