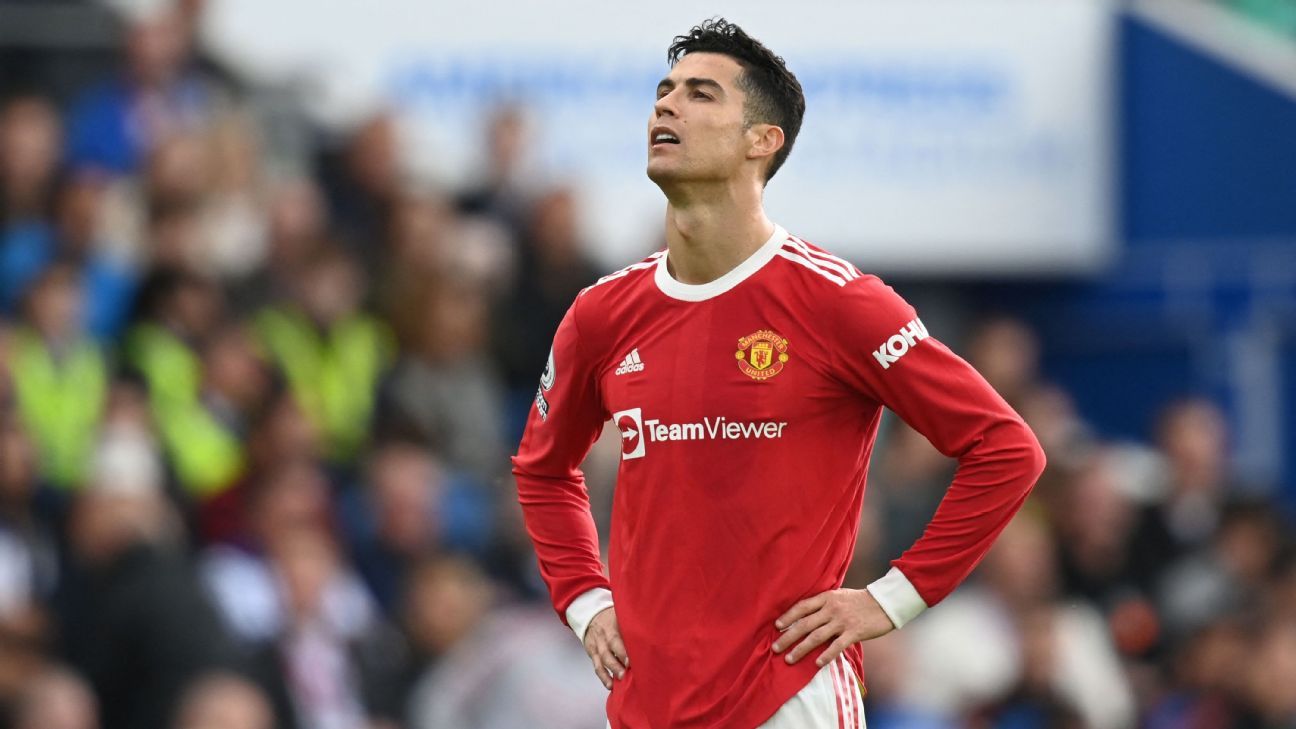 An Atletico Madrid fan group has called on the club to rule out signing Cristiano Ronaldo, saying that the former Real Madrid forward “represents the antithesis” of the team’s values.

Atletico have been named as a potential destination as Ronaldo looks to force an exit from Manchester United, although club president Enrique Cerezo called such a move “practically impossible” on Tuesday.

– Marcotti: Why Ronaldo should leave Man United and go to Real Madrid (again)
– La Liga on ESPN+: Stream LIVE games and replays (U.S. only)
– Don’t have ESPN? Get instant access

Ronaldo, 37, had a confrontational relationship with Atletico and the club’s fans in the past, spending nine years starring for city rivals Real and scoring a number of crucial goals against Atletico, including in the 2014 Champions League final.

“In light of the possibility of signing Cristiano Ronaldo, if it is more than a simple rumour without any basis, we express our absolute rejection of his hypothetical joining of our club,” Atletico’s International Union of Fan Clubs (Union Internacional de Peñas Atletico de Madrid) said in a statement.

“The aforementioned player represents the antithesis of the values that constitute the hallmarks of our Atleti, such as the effort, generosity, modesty and humility of those who want to defend our values.

“Even in the highly unlikely hypothetical case that a player in steep decline such as Cristiano Ronaldo could guarantee us a trophy, we wouldn’t accept his signing. The sense of being a part of our Atletico feeling isn’t within his reach, unfortunately for him, and as such he could never receive our affection or recognition.

“As such, we ask the club to reject his possible signing, if it has indeed been considered at any time.”

Ronaldo held talks with United at the Premier League club’s training ground on Tuesday, having been given permission to miss his club’s preseason tour of Thailand and Australia due to personal reasons.

Sources have told ESPN that the five-time Ballon d’Or winner has handed in a transfer request, stating his desire to play Champions League football this season.

Atletico have been linked with a move, although the club’s finances, and LaLiga’s squad spending limits, would make signing the Portugal forward extremely complex.

Chelsea and Bayern Munich have also been touted as options for Ronaldo, but sources told ESPN earlier this month that Chelsea had ruled themselves out of the running for his signature, while Bayern CEO Oliver Kahn said that signing him would not “fit with our philosophy”.