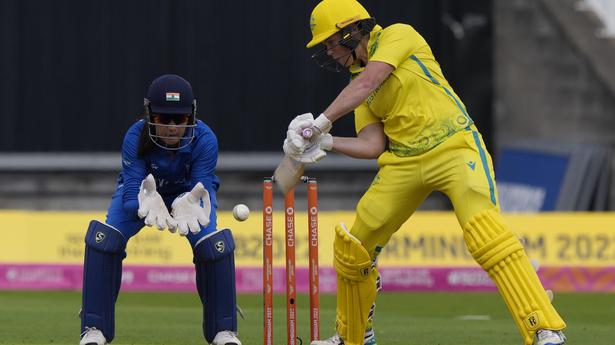 Ashleigh Gardner struck a 35-ball 52 as Australia beat India by three wickets in the Commonwealth Games 2022 Group A opener at Edgbaston on Friday.

Chasing 155, Australia was in tatters after losing half the side for 49. But Gardner’s unbeaten, counterattacking innings wrested the advantage with the T20 World Champion.

Earlier, Harmanpreet Kaur won the toss and India opted to bat. India rode on Harmanpreet’s 52 and opener Shafali Verma’s 48 to get to, what at the time, a competitive total. But Australia wasn’t to be denied. For Australia, Jess Jonassen took four wickets for 22 runs.