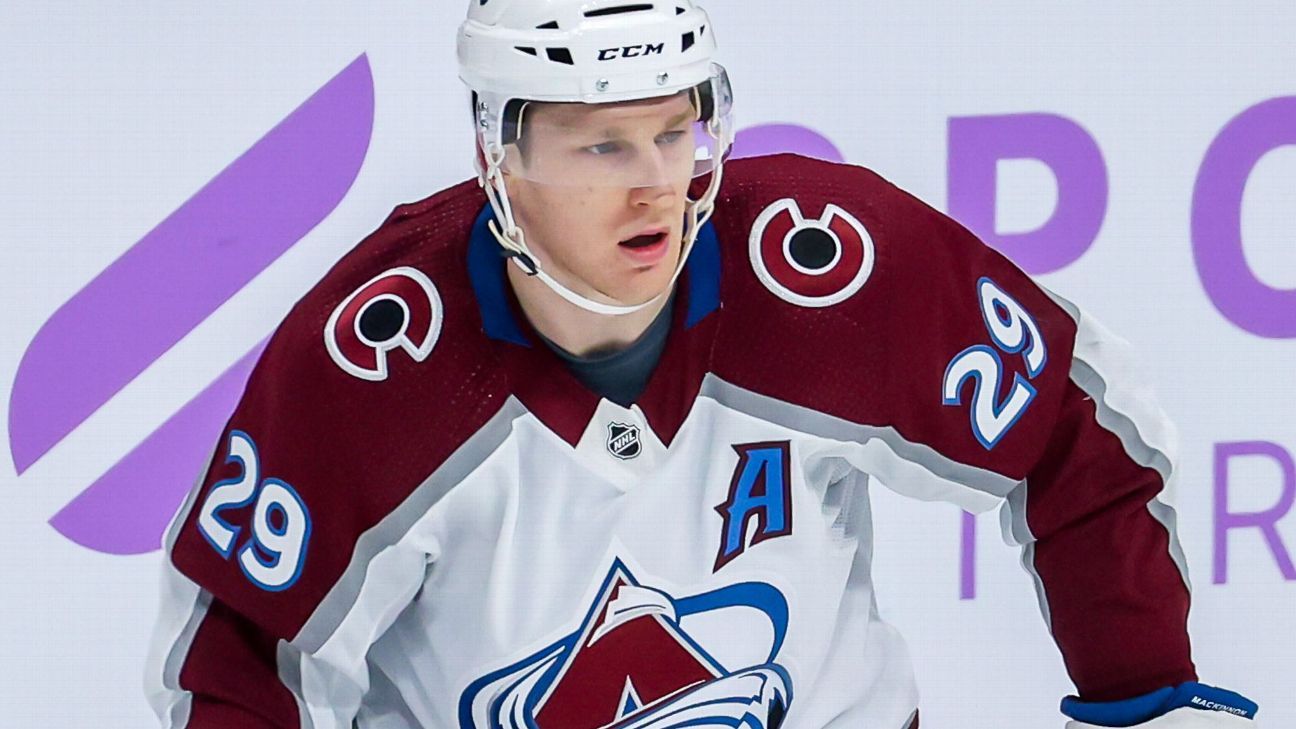 MacKinnon took a wrist shot from the slot in the first period, and as the puck sailed wide of the net, he winced but remained on the ice and finished his shift. When he went to the bench, the game broadcast showed a shot of him favoring his left side.

The defending Stanley Cup champions have been plagued by injuries this season, but MacKinnon has still produced. Entering Monday night, he had eight goals and 33 points, and given the lack of depth up front, he was averaging 22:39 time on ice.

MacKinnon is coming off a standout season in which he skated in 65 regular-season games, posting totals of 32 goals and 88 points. In the postseason, on the way to the franchise’s third title, had had 13 goals and 24 points.

The short-handed Avalanche entered the night with 13 wins and 27 points. In a clogged Western Conference playoff race, they were still No. 2 in the wild-card standings, one point behind the Edmonton Oilers.

MacKinnon, 27, the No. 1 overall pick in 2013 and a three-time Hart Trophy finalist, agreed to an eight-year, $100.8 million extension before the season. In the salary cap era, it was the NHL’s richest contract.