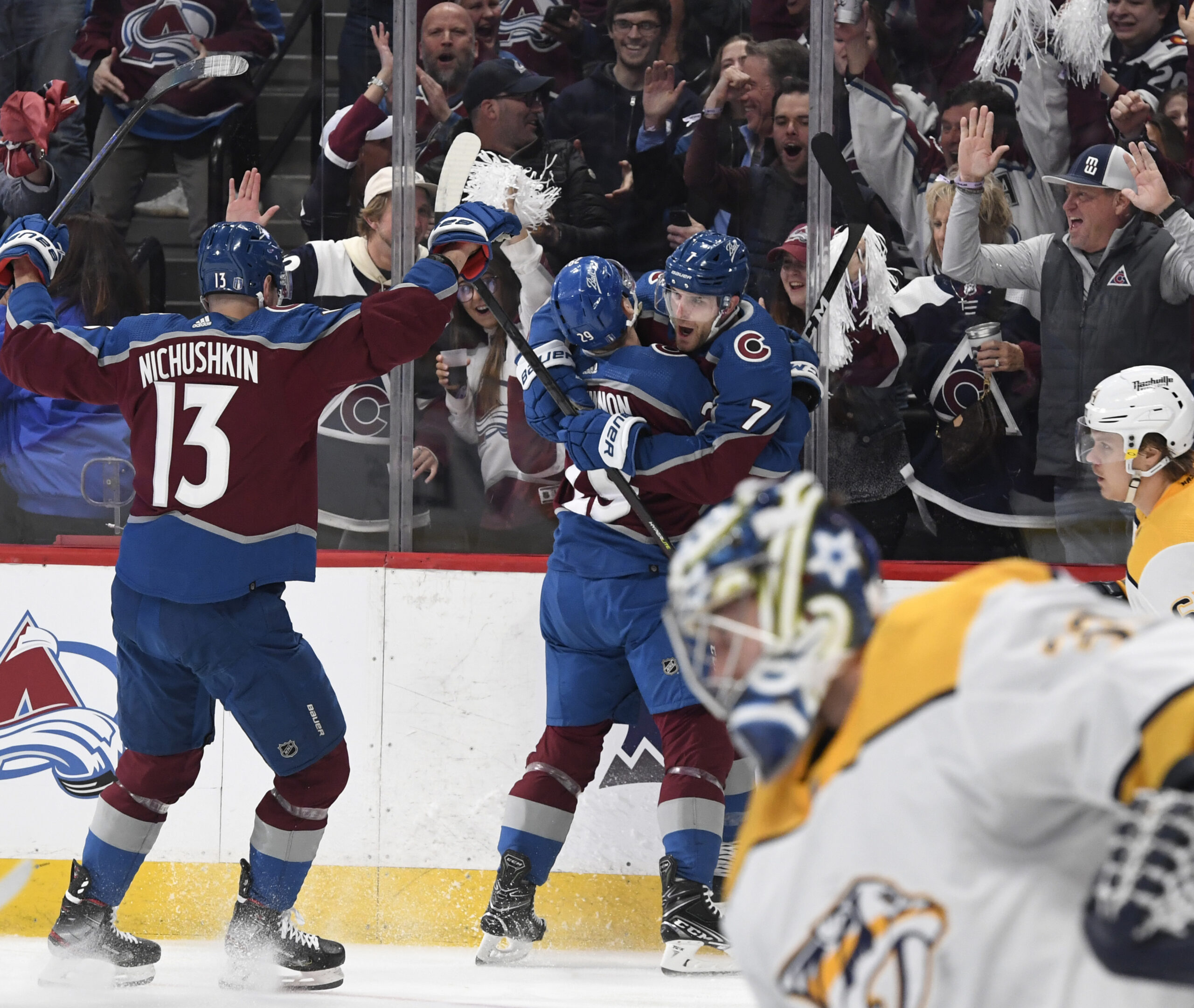 The Colorado Avalanche looked to hold onto home-ice advantage as they hosted the Tampa Bay Lightning for Game 2 of the Stanley Cup Final last night at Ball Arena in Denver. The Avalanche—winners of a hard-fought, overtime contest in Game 1—put on a clinic, dominating every facet of play, and blowing the doors off the Lightning with a 7-0 victory.

After the game, Mark Messier, an analyst for the ESPN/ABC broadcast team and widely considered one of the greatest players in the history of the league, summed it up best when he said: “I was watching the clock run down and I was thinking to myself, that was the most dominant, best team game performance I’ve ever seen in my lifetime. From the start of the game to the finish…discipline, they did everything you can possibly do to make it a perfect performance. Tampa Bay’s got a lot of problems to solve.”

The Avalanche, who have been business-like throughout the postseason, seemingly on a mission to avenge early exits in the playoffs each of the last three years, were understated once again after the victory. When ESPN/ABC’s Emily Kaplan asked defenseman Cale Makar if he would celebrate the win, the 23-year-old defenseman didn’t hesitate with his one-word answer: “No.”

Makar and forward Val Nichushkin each had two goals in the contest. Nichushkin now has three goals and one assist in the first two games of the series.

Here’s a look at Game 2 by the numbers.

31 Years Since a Shutout Win this Big

The shutout was Colorado’s second this postseason, and the first for netminder Darcy Kuemper. The first shutout came against the Edmonton Oilers in Game 2 of the Western Conference Final when Pavel Francouz started in place of an injured Kuemper.

Last night’s win was the second shutout of Kuemper’s playoff career, the first coming in Round 1 of the 2014 Playoffs when he was in net for the Minnesota Wild. On that night, he stopped all 22 shots he faced from the Colorado Avalanche, securing the Game 3 victory for his team in overtime.

Tampa Bay’s 16 shots-on-goal (SOG) were the fewest for the team this postseason. The Lightning’s 23 SOG in Game 1 against Colorado were the second-fewest. As potent as the Avalanche offense has been, their defense has been just as stingy. The team played a 200-foot game last night, with an aggressive forecheck, keeping the Lightning pinned in their zone for much of the contest. When Tampa Bay was able to cross Colorado’s blue line, the Avalanche defense collapsed the center of the ice, forcing the Lightning forwards to the periphery, preventing any serious scoring chances.

The 16 SOG is the second-fewest in Tampa Bay’s current, three-season, historic playoff run. The club had 15 SOG in Game 2 against the Hurricanes in Round 2 of the playoffs last year. The Lightning were outshot 31-15 in that game but still went on to win behind brilliant goaltending from Andrei Vasilevskiy.

17 Goals by Avalanche Defensemen in Playoffs

With three of the seven goals coming from Avalanche defenseman—two from Cale Makar and one from Josh Manson—the Avalanche blueliners now have 17 goals in the postseason, which is a franchise record.

Makar is the second defenseman in league history with a power-play goal and a shorthanded goal in a Stanley Cup Final game. Glen Wesley of the Boston Bruins did it in 1988. The goals were Makar’s sixth and seventh this postseason, passing Rob Blake for the franchise playoff record for goals by a defenseman in a single playoff year. His 55 career playoff points are second in franchise history to Sandis Ozolinsh, who has 65.

Game Notes and Up Next

While superstar forward Nazem Kadri remains sidelined with an injury to his thumb, Andrew Cogliano, who also injured his hand in the Western Conference Final against the Edmonton Oilers, did return to the game last night, logging two assists, one blocked shot, and 12:55 time-on-ice. Andre Burakovsky, who scored a goal in his second consecutive game, left the contest early with an undisclosed injury.

The series shifts to Amalie Arena in Tampa Bay for Game 3 on Monday night.