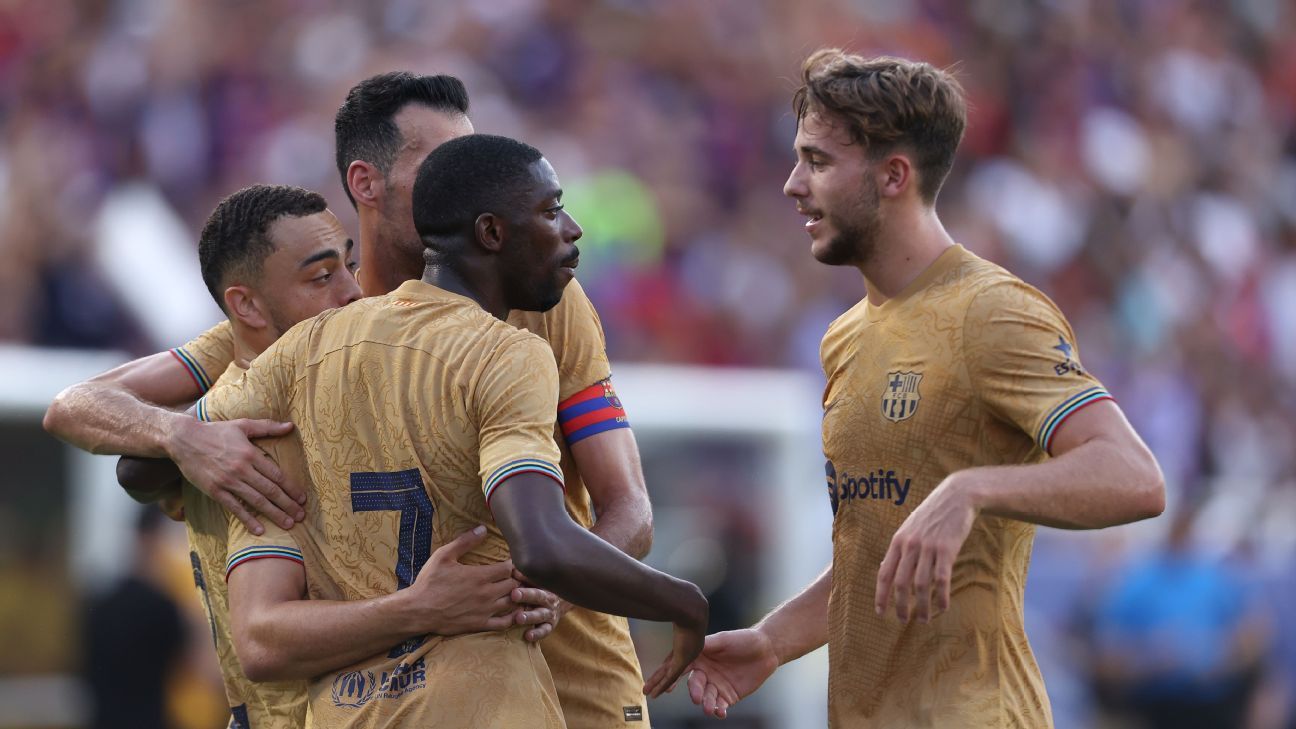 Ousmane Dembele and Moise Kean both scored twice as Barcelona drew 2-2 with Juventus on Tuesday night in a friendly at the Cotton Bowl in Dallas.

Dembele opened the scoring late in the first half with a brilliant individual effort, the Barca winger cutting in from the right side and beating multiple defenders with a series of shifty moves before beating Juve keeper Wojciech Szczesny from a tight angle.

Juventus hit right back though, when an onrushing Kean met a pinpoint Juan Cuadrado cross into the area and side-footed past Marc-Andre ter Stegen to level the score.

Barca still took the lead into half-time thanks to another incredible goal from Dembele, who once again picked apart the Juventus defence, nutmegged his marker and lashed his second of the night beyond Szczesny’s reach at the far post.

Kean drew the match level for the second time just after the restart as he pounced on a deflected shot after a nice counter by Juve and fired home past Ter Stegen.

Neither team could find a winner as the second half played out and the match ended all square.

Xavi Hernandez’s side finishes its preseason tour with a match versus the New York Red Bulls in New Jersey on July 30, before hosting Pumas of Liga MX in the Joan Gamper Trophy match on Aug. 7 and beginning the LaLiga season at the Camp Nou against Rayo Vallecano on Aug. 13.

Juventus have friendlies left against Real Madrid and Atletico Madrid ahead of their Serie A home opener against Sassuolo on Monday, Aug. 15.