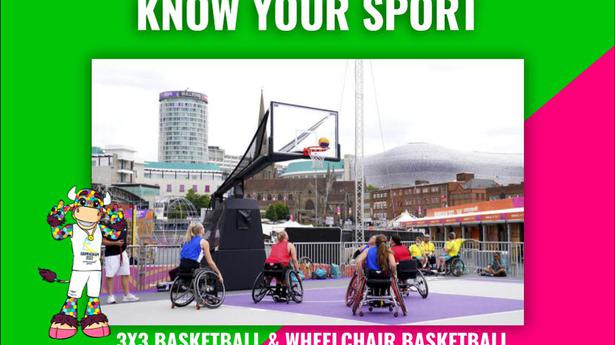 Making its Commonwealth Games (CWG) debut, the 3×3 format of basketball is up for some fast-paced action. A 5×5 version of the game was included twice at the Games, in Melbourne 2006 and Gold Coast 2018.

There will be a total of eight Commonwealth nations, who would be taking part in this event – the host, the top nation in the FIBA 3×3 Federation Rankings from each of the six Commonwealth Games Federation (CGF) regions and the highest-ranked nation not already qualified.

Only half a court and one hoop will be used for both teams with just 12 seconds on the shot clock in this event instead of the 24 in full court basketball.

Every team should have three players and one substitute, with shots scored from inside the arc shaped zone resulting in one point and those taken from behind the arc adding two points to the score.

The first team to 21 points wins. If no team reaches the score after ten minutes, the team in the lead is declated the winner.

Wheelchair Basketball will be at the Commonwealth Games for the first time in any format.

Both events will be held at a temporary arena which has been constructed at the Smithfield site in the center of Birmingham between July 29 and August 2.