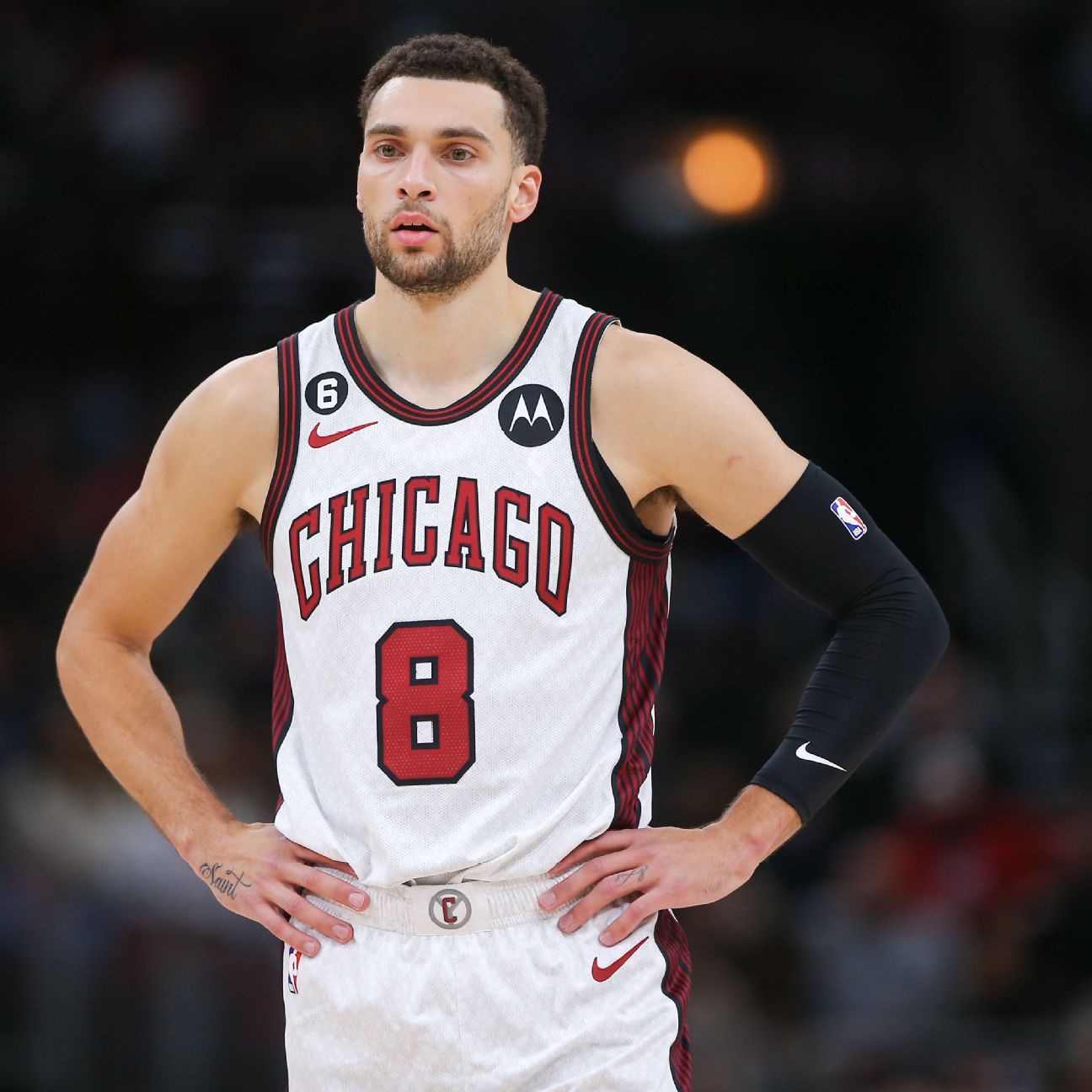 CHICAGO — After converting just 1 of his 14 shots on the night and with the team trying to rally from a double-digit deficit, Bulls star Zach LaVine was benched for the final 3:43 of Friday’s 108-107 loss to the Orlando Magic, a decision LaVine said he disagreed with after the game.

“I got to do a better job at the beginning of the game to make my shots, but you play a guy like me down the stretch,” said LaVine, who finished with four points. “That’s what I do. Do I like the decision? No. Do I have to live with it? Yeah. Be ready to put my shoes on and play the next game.”

In addition to sitting at the end of the game, LaVine was also absent from the floor for a long stretch during the second half, sitting from six minutes remaining in the third quarter to the 8:50 mark in the fourth. During that span, the Bulls cut a 16-point Magic lead to four points.

Chicago still trailed by four points when coach Billy Donovan sent LaVine to the bench for the final stretch for guard Ayo Dosunmu and the team took the lead in the final seconds, thanks to a 41-point performance from DeMar DeRozan and a spark from Javonte Green, who didn’t play in the first half but went 4-for-4 for eight points and three steals in 18 second-half minutes.

The Bulls led by four points with 20 seconds remaining before giving up a pair of free throws to the Magic followed by a pair of missed free throws from Nikola Vucevic, which set the stage for the game-winning 3-pointer from Magic guard Jalen Suggs.

“I feel like my job, my responsibility in those moments is to try to make the best decisions for the team,” Bulls coach Billy Donovan said. “And I thought that was the best decision at the time. To me, I don’t look at it as anything else but the one-off game where this is what was going on. I know he wanted to be out there. There’s probably not very many games in his career where [LaVine] hasn’t been out there in those moments, but that group was playing well and it gave us a chance.”

LaVine added that he was not sure whether he would have a conversation with Donovan about his thought process surrounding the decision.

“Just ask him what his decision was, what made him think that way,” LaVine said. “Obviously, he wanted to go with some other guys out there, I wasn’t having the best night shooting, but it’s a tough one.”

Overall, the Bulls were -19 with LaVine on the floor, the worst of any individual player on the team on Friday.

LaVine has been managing his left knee this season after undergoing arthroscopic surgery during the offseason, but he said his knee felt fine and it didn’t affect his performance Friday. With four points, LaVine finished with his lowest total in a game since March 5, 2018 while shooting 7.1%, the worst field goal percentage in a game in his career (min 10 shots), according to research from ESPN Stats & Information.

“I’ve missed a lot of shots, but I’ve had a lot of games where I’ve played terribly and in four, five minutes put up 15, 16 points,” LaVine said. “I just wasn’t able to shoot the next shot.”

The Bulls have now dropped a season-high four consecutive games to fall to 6-10 on the season.

After being one of the best clutch teams in the NBA last season (25-16 in 2021-22), they have started this season 0-7 in clutch games – defined as the score within five points with five minutes remaining. Orlando had not won a game on the road all season before winning in Chicago on Friday.

“No one is going to feel sorry for us,” LaVine said. “We got another game coming up and we gotta win. It’s still early in the season, but you don’t want to fall into this habit of losing, losing, losing and keep saying we’re going to get the next one. It sucks. But I think we’ll be ok. We’re strong minded enough, I think we’ll be alright.”