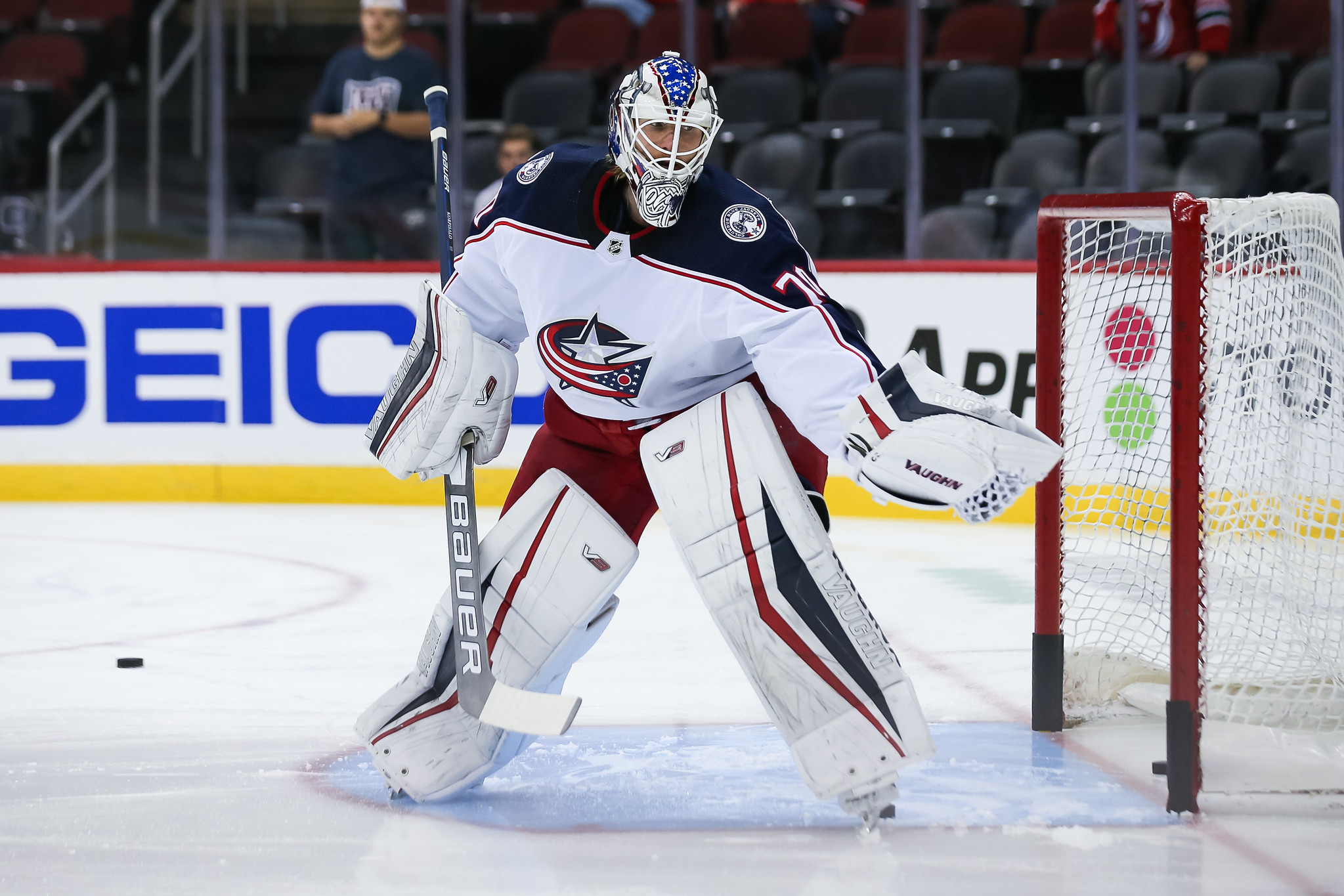 The Columbus Blue Jackets have had a rough start to the 2022-23 season. After a 3-7 start, the “trip to Finland” was held up like a beacon of hope. Their two games at the NHL Global Series in Tampere would be a great time to turn things around. The problem? Their opponent.

Two games in a back-to-back against the dynamic Colorado Avalanche is no picnic. Nathan MacKinnon, Cale Makar, Mikko Rantanen, and even Alexander Georgiev are a lot of talent to expect to win against. It was too much for Columbus, who were demolished 6-3 in the first game and 5-1 in the second.

A five-game losing streak and tied for last in the NHL is not where the Jackets wanted to be at this point in the season. It doesn’t help that star Patrik Laine, who is from Tampere, came out saying the trip was basically a waste of time.

“Kind of wishing that this trip never happened. After this, I feel like it was a waste of time for us. It [stinks], that is all I have to say.”

Laine told nhl.com about the trip.

Now that we’re a few days out, it’s time to look back and realize that not everything was bad about the trip to Finland. Not saying that anything was necessarily “good,” just not “bad.” Let’s look into it.

European Blue Jackets Fans Got to Experience a Game

Let’s start off with a little positivity about what happened off of the ice. You have to feel joy for people who worship the team and stay up incredibly late to watch each game but have never been able to actually experience an NHL environment.

So despite the on-ice performance, you can bet that those fans are not disappointed with the overall experience of the event. Actually seeing the players they follow so religiously, the speed of the game, and all the other little things that don’t translate through a TV screen makes the trip across the pond worthwhile.

Korpisalo and Blankenburg Are Back

Now back to the ice and the players who dressed for those two games. Part of their losing streak has been a lack of personnel. A couple of players made their way back into the lineup and have a chance to be a good part of the roster moving through the rest of the season.

Nick Blankenburg has become a huge part of the blue line in a short amount of time. Coming out of the University of Michigan, he seems to be a ready-made piece for the Jackets’ top-four. After making an impression early on, he went on injured reserve (IR) for a few games, and his presence was sorely missed. He’s a smart player who throws the body, blocks shots, and always seems to make the right play. Blankenburg came off of IR in time for the first game of the series and was inserted right into the top pairing with Zach Werenski.

Another missing piece had been Joonas Korpisalo, who had been out injured since the middle of last season. With how Elvis Merzlikins has started the season, Korpisalo will, without a doubt, get more chances to start and could help stabilize a shaky position in goal. Not that the team’s woes have been solely due to goaltending, as there is a ton more going on outside of the crease that’s affecting things, but Korpisalo’s experience could help.

Yes, he let in five goals in his first appearance, but he had absolutely no help in front of him. His first shot against in months was on a two-on-one with the soon-to-be highest-paid player in the NHL against him. Despite that lack of help, he still stopped 40 of 45 shots. If the Jackets’ defense can get things together, Korpisalo could be a big part of stringing together a few wins as the season goes on.

The Blue Jackets’ power play had been abysmal. Actually, worse than abysmal and like a negative. They had zero power-play goals through their first ten games and two shorthanded goals against. Being minus-2 on the power play is almost unheard of through any length of time, let alone over a tenth of the way through the season. Anything would be a step up from that, right? Heading into the Finnish trip against the defending Stanley Cup champions, there was serious reason to believe that trend would continue.

Lo and behold, their first goal of the game was on the power play. They followed that up with another power-play goal in game two, which was a step forward. Anything is better than nothing.

The other side of special teams is the penalty kill, which has actually been pretty good this year. It’s surprising because the Jackets’ team defense at even strength is pretty poor. Despite most of their team stats being in the basement of the league, their one bright spot has been their penalty kill. That success comes down to their personnel selection.

One of the most dynamic pairings in the NHL for my money while shorthanded is Sean Kuraly and Eric Robinson. It seems like every time they are on the ice, they turn an errant pass into a scoring opportunity. Kuraly’s defensive awareness, combined with Robinson’s speed, is such a great combo that translates well against any opponent.

Also looking good on the penalty kill is the always-reliable Gustav Nyquist, who is my pick for the most underrated and versatile Blue Jacket. He’s calm on the kill and always responsible. Jack Roslovic has also been turning it around and becoming a more reliable two-way center, which has been a good asset to their penalty kill. Overall those players did a solid job of mitigating the Avalanche, who have the most lethal power play in the NHL.

Let’s be real: the Jackets weren’t going to dominate against the Avalanche. For some reason, fan consensus heading into their Finland trip was that the Blue Jackets — who are in last place — were going to have a few days off, come in well-rested and win two games against the defending Stanley Cup champions. That’s not how sports works. However, there were a few positive things that came out of it, and the season continues to unfold.

Writer covering the Columbus Blue Jackets for THW since August 2021.

Also, a radio personality and reporter currently based on Vancouver Island.