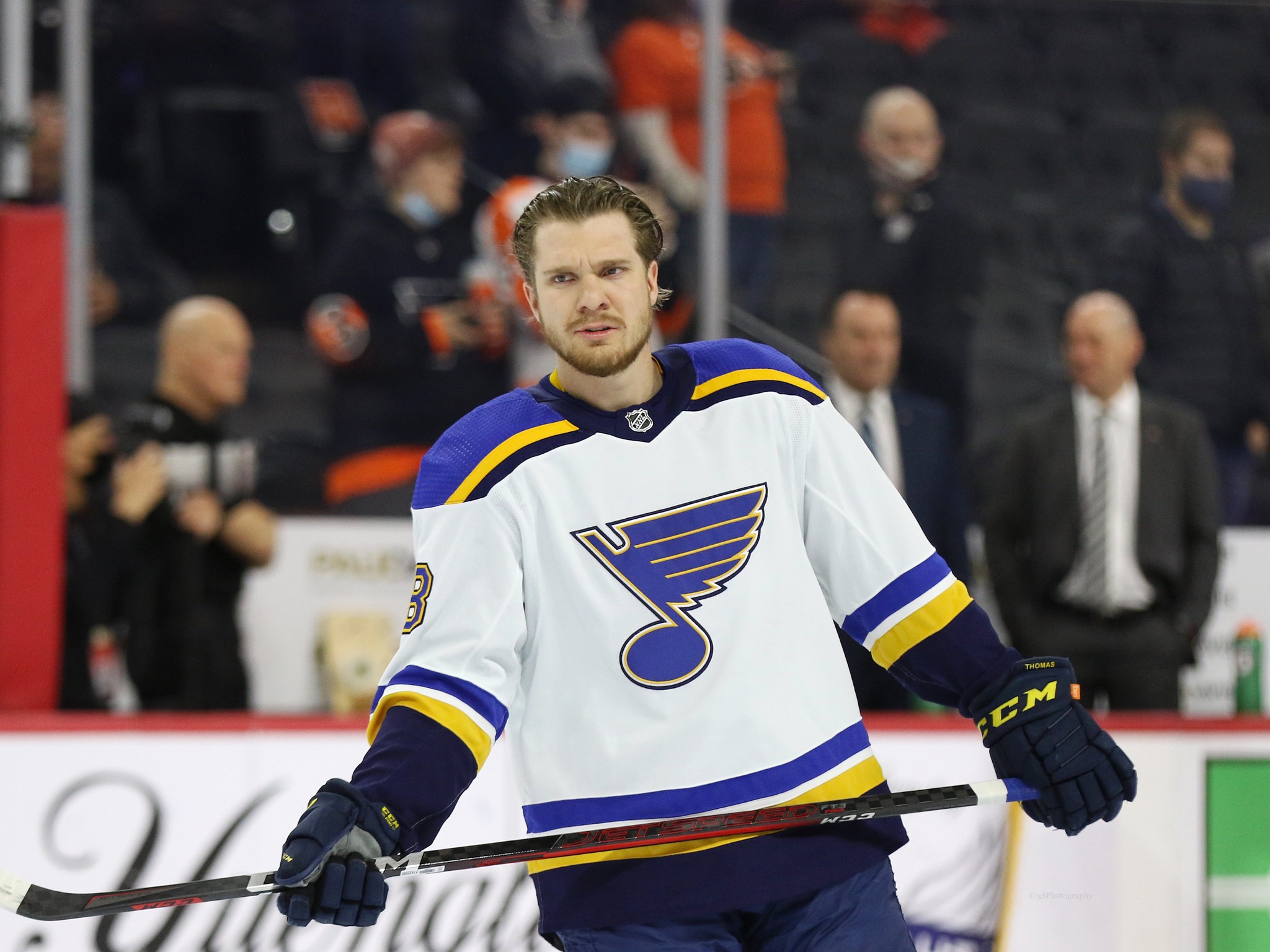 The St. Louis Blues needed a breakout season from Robert Thomas and they got it. He’s always looked like a potential star in his time with the Blues, and he seems to finally be turning into it after a stellar fourth season.

He finally learned to combine his passing ability with his underrated shot, and his numbers show that. It’s hard to criticize much of what Thomas did this season, and I won’t really try to do that.

This was a breakout season in every sense of the word for Thomas, and he can get even better. It’s always been common knowledge that he is an elite passer, but he showed his lethal shot off this season as well. It’s not the best of anyone on the Blues by any means, but it’s much better than even he believes. That was proven as he became one of nine players on the Blues to reach 20 more goals, he had an even 20.

To go along with the 20 goals, he tallied a tremendous total of 57 assists for 77 points in 72 games. He centered the Blues’ most lethal offensive line with Pavel Buchnevich and Vladimir Tarasenko, who both surpassed the 30-goal mark. Thomas is also an excellent skater and just an overall smart player; he plays much older than 22 years old in that respect.

He will still grow next season, and I believe he will become a better overall player at the end of that growth. He’s more than an offensive center; he showed that with a career-high faceoff percentage of 49.9. That isn’t an elite faceoff percentage, but it’s solid and shows the improvement there. The Blues have also shown a willingness to trust Thomas on the penalty kill, which should help him continue to grow his defensive game and faceoff prowess.

What Went Wrong: Slow Start to the Playoffs

He did not have a good overall showing in the playoffs. He had zero goals until the two that he scored in Game 5 against the Colorado Avalanche in the second round. On top of that, he only had four assists in 12 games, which is simply not good enough.

He’s on a shortlist with Brayden Schenn and Ivan Barbashev for disappointing playoff performances. He played 21 games in 2019 as a part of the Stanley Cup run, but he didn’t have the same expectations back then. For him to be a minus-6 during this 2022 run is just not good enough. It doesn’t worry me at all moving forward, but that’s the one part of the season that went wrong for him, and there is no argument against that.

Similar to Jordan Kyrou, Thomas had a breakout season but didn’t do it for the entire season. The difference between the two of them is that Kyrou’s struggles were in the second half of the regular season. Thomas struggled in the playoffs, which is the opposite of what Kyrou did, as he scored seven goals in 12 playoff games. Either way, Thomas deserves the same elite grade as Kyrou, and they both represent the future of the franchise in St. Louis.

What’s Next for Thomas?

He’s about to enter the final season of a short extension as a restricted free agent (RFA), with a cap hit of $2.8 million. He will once again have RFA status going into next summer, and the Blues needs to figure out extensions for him, Kyrou, and O’Reilly in the summer of 2023. He represents a major part of the future for the Blues, and he should be treated as such with the inevitable extension that is coming his way.