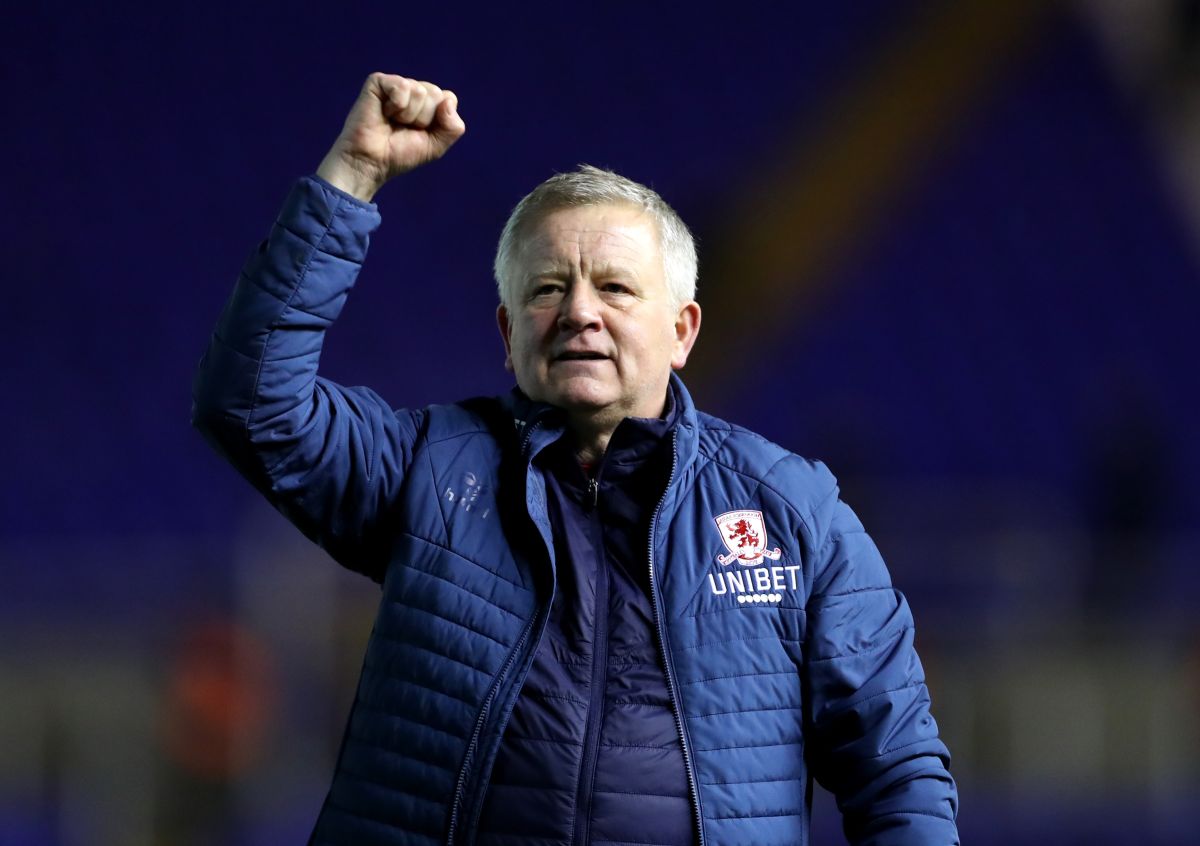 Chris Wilder has reiterated his desire to add more new faces to his Middlesbrough squad after watching West Brom come from behind to claim a point at the Riverside.

The Boro boss was “delighted” with the majority of his team’s display but left frustrated by the Baggies scoring an equaliser five minutes after half-time through John Swift.

Isaiah Jones had put Middlesbrough in front in the 10th minute during an opening period when the home side looked much better than their opponents.

But a failure to make the most of those good opportunities provided a reminder to Wilder that there needs to be further movement on the transfer front – particularly with Marcus Tavernier on the verge of a move to Bournemouth.

Wilder, who revealed he wants five more new signings before the window closes, said: “The performance was excellent.

“The 10 to 15 minutes after half-time opened the door for them and it became a game of basketball. We lost shape and structure a bit.

“But the things that have gone off in the week, to where West Brom are and we are, is a different ball park at the moment. It won’t be when the window is shut. This is how it is at the moment.

“There shouldn’t have been a West Brom comeback because we should have put it away in the first half.

“We missed chances, the final ball wasn’t right at times, and I would be a touch critical in terms of going for the jugular. We had them on the ropes.

“West Brom are a good outfit and we made some really good players look really ordinary for 45 minutes and that is the issue for us there. We have to give Steve Bruce and West Brom’s coaches credit.”

West Brom’s start to the second half was what changed the flow of the game.

Swift, who was signed after leaving Reading, delivered in exactly the sort of manner Bruce wants to see from him.

His burst from midfield to get on the end of a cross from Jed Wallace, who was a free agent after leaving Millwall, provided a quick reminder to everyone that the pair can score and create goals in the second tier.

Baggies boss Bruce said: “The addition of Swift and Wallace in particular helped us. It was one area we needed to improve offensively.

“We were bottom six last season for goals scored. We needed to address that.

“They have been at this level and have been involved in goals for a long time. I am amazed no one has had a punt on them in the Premier League.

“We have worked hard on it and they will add that bit of quality we need.

“We needed that because we had started well but didn’t really recover until after half-time. I was pleased with the reaction second half.

“To start with I thought we were OK, a bit passive with and without the ball if I’m being honest. Second half we were much better. That is the standard we have to be at.

“We needed a reminder to play with more intensity and we got that first half, second half was chalk and cheese.

“Arguably we could have gone on to win it. Middlesbrough will be there or thereabouts, it was always going to be a difficult first game.”