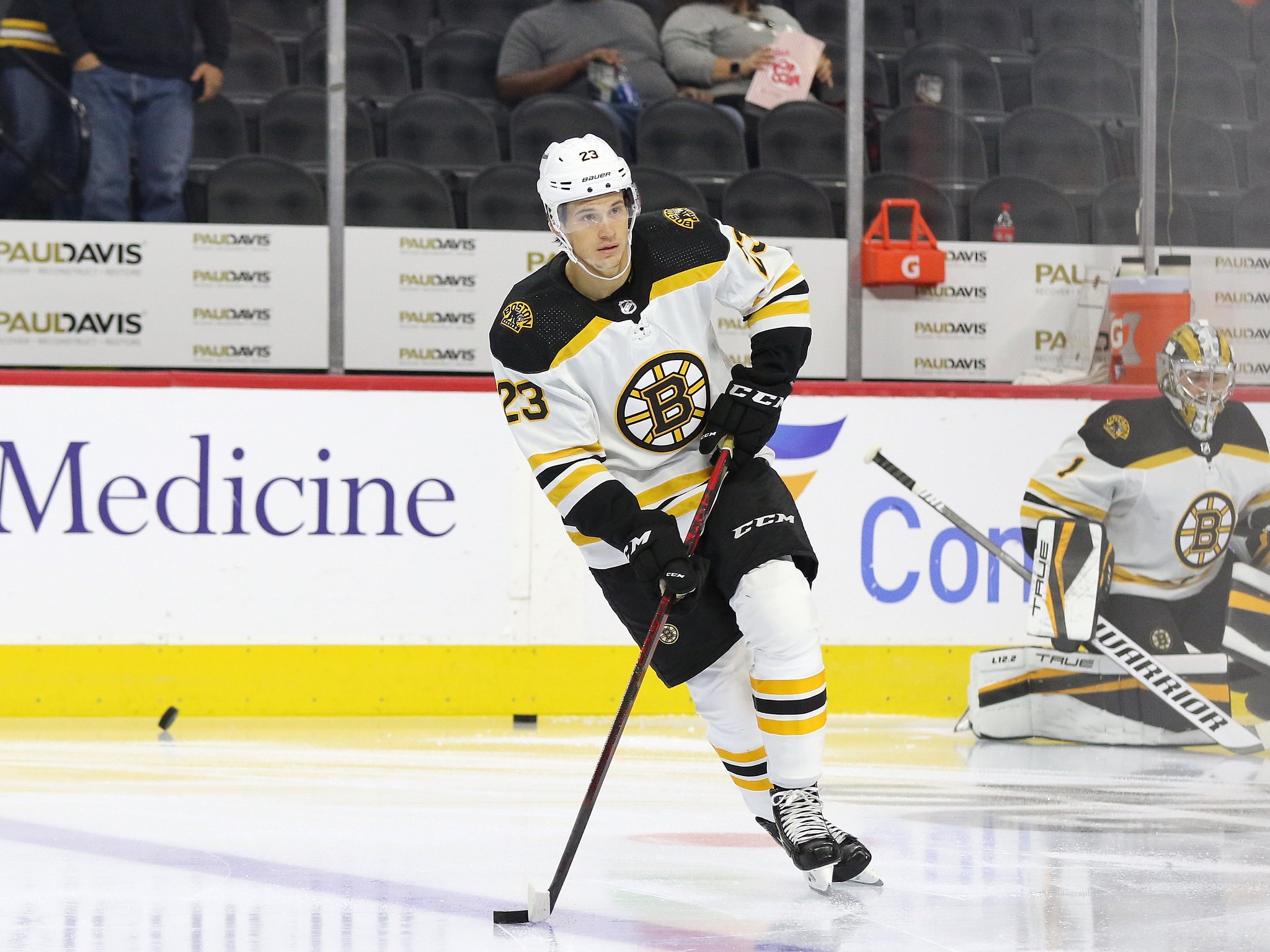 It has been just over a month since the Boston Bruins were eliminated from the 2022 Stanley Cup Playoffs at the hands of the Carolina Hurricanes with a 3-2 loss in Game 7. Since their season ended, there has already been turnover with the Black and Gold to begin an offseason that is full of questions.

General manager (GM) Don Sweeney fired former head coach Bruce Cassidy on June 6, in a move that caught everyone by surprise, including Cassidy. It did not take Cassidy long to find employment as he was hired by the Vegas Golden Knights as their new coach on June 16. The Bruins meanwhile, have yet to name a new head coach to help lead the organization moving forward.

What will the new coach be getting? That remains to be seen as the Bruins wait for Patrice Bergeron’s decision on his future, but it is also been well documented that Boston will be shorthanded to begin the 2022-23 season. Charlie McAvoy, Matt Grzelcyk and Brad Marchand all underwent surgeries recently and their recovery time will have them sidelined until at least November. With those players sidelined, the Bruins have an opportunity to give some of their younger players a chance to crack the lineup on opening night in October.

Waiting on Bergeron’s decision will most likely point Sweeney and the front office to decide which way to go with the roster, but one thing is for sure, there are going to be options for the new Bruins coach to have in working with younger players into the lineup. Jack Studnicka is a restricted free agent (RFA) this season, but it’s more than likely the Bruins bring him back to compete for a roster spot. He was blocked last season by Sweeney’s summer additions to the roster in 2021 with the additions of Nick Foligno, Tomas Nosek, and Erik Haula. Yes, Haula ended up being the most productive of the trio by filling in the second-line center spot, but Foligno and Nosek were not as good as the Bruins would have hoped they would have been.

One way to clear a path for Studnicka up the middle is buying out Nosek. Studnicka has spent the majority of his professional career with the Providence Bruins in the American Hockey League (AHL). He made the roster to start the 2020-21 season as a right wing, but he did not do well and proved that he is better at his natural position at center. In his time in Boston, the 53rd overall pick in the second round of the 2017 Entry Draft, has impressed in the middle. The case could have been made that he did enough in training camp to earn the second-line center spot over Charlie Coyle to begin the season, but he was ultimately sent to the AHL. This is a big upcoming season for Studnicka and the Bruins.

Another forward that could find himself in the lineup is Oskar Steen. He played in 23 games in 2021-22 with two goals, six points, and 25 shots on the net. He scored his first career goal against the New Jersey Devils on Jan. 4 and with each game he played, the 24-year-old showed he belonged. Like Studnicka, he was being blocked by the 2021 offseason veteran additions, but like Nosek, buying out Foligno is a way to clear a roster spot for Steen. Foligno is scheduled to make $3.8 million this season in the final year of his contract, but the question has to be asked, who would be better off out there for the Black and Gold, Foligno or Steen?

Steen would be a cheaper option and he scored the same amount of goals this season as Foligno in 44 fewer games. Paying $3.8 million for a veteran like Foligno who gave you nothing this past season is a reason to buy him out and cut your losses with a chance to go with a younger player.

It is going to be an interesting training camp this fall for Fabian Lysell. Does he make the jump from the Vancouver Giants in the Western Hockey League (WHL) to the NHL or does he get some time in Providence? The Bruins might need him to get his feet wet as soon as possible and the first-round pick last July has shown the skill set to be a top-six NHL forward sooner rather than later.

Bruins Have Ahcan on Defense

With McAvoy and Grzelcyk sidelined to begin the season, one player who could benefit under a new coach is Jack Ahcan. Make no mistake about it, the case could be made that Ahcan is undersized to be a full-time NHL blue liner at 5-foot-9, but hey, Torey Krug and Grzelcyk are not blessed with height and have held their own.

Ahcan, signed as an undrafted free agent out of St. Cloud State, is a solid puck-moving defenseman, plays a tight defensive game in his own end, is a good skater, and will not make many mistakes. Any offense you get from the 25-year-old would be an added bonus. With Grzelcyk down to begin the season and Mike Reilly also coming off of surgery, there is going to be an opening or two on the left side, which Ahcan could fill.

Bruins Looking to Inject Young Players Into the Lineup

Sweeney and the Bruins will be looking to get some young players into their lineup at the beginning of the 2022-23 season. With the offseason surgeries, there is more than one opening available and this is an opportunity to inject some young players into the lineup, while moving on from some veterans that are taking up their playing time. Once the Bruins figure out the path they are going to take this offseason and who their coach will be, it’s only a matter of making the pieces fit.