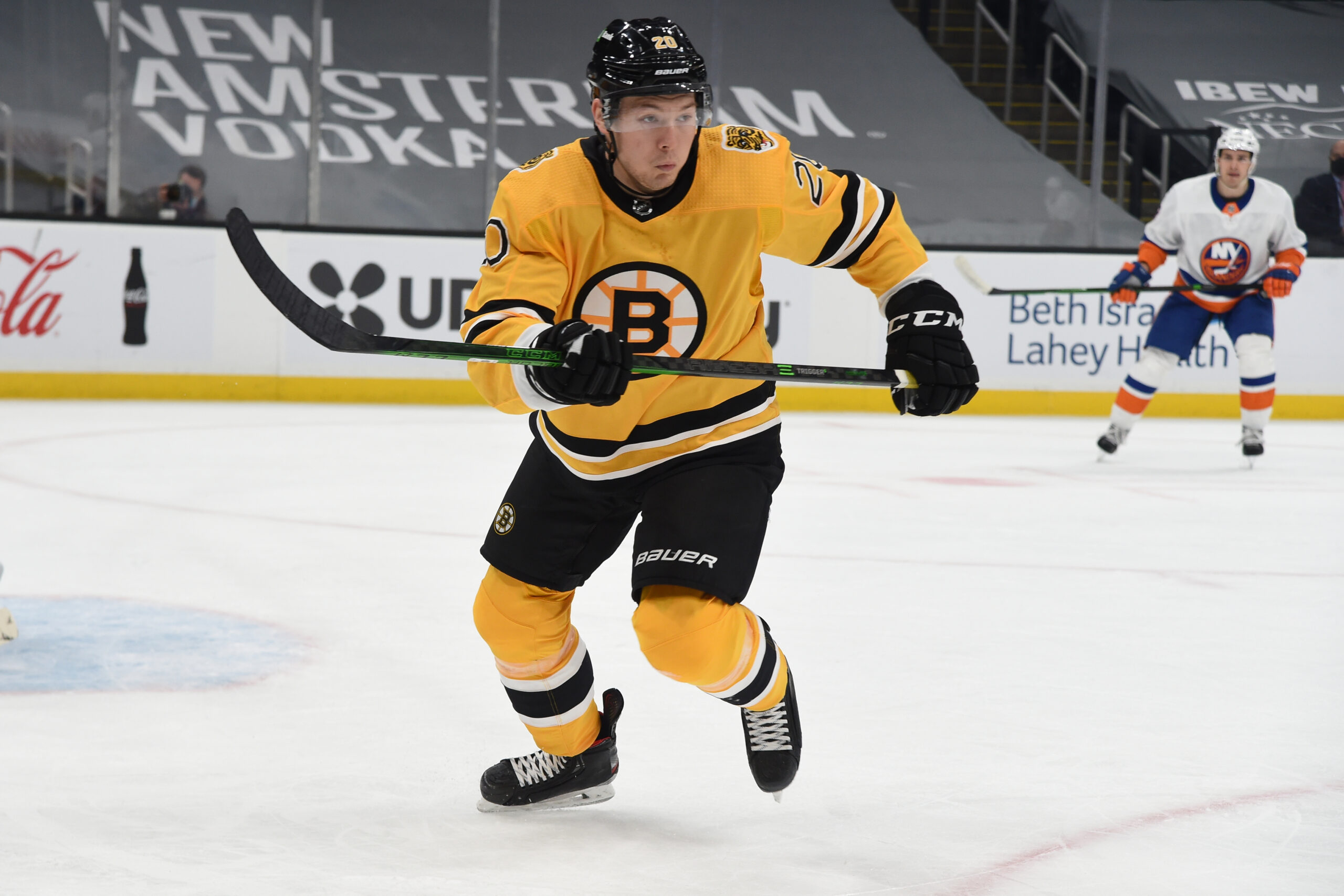 The Boston Bruins and Curtis Lazar have a mutual interest in negotiating a new contract this offseason. The 27-year-old forward has played in 87 regular season and 17 postseason games with the Bruins since being acquired from the Sabres as a part of the Taylor Hall trade at the 2021 Trade Deadline. In that time, he’s scored 10 goals and 20 points in the regular season as well as one goal and two points in the playoffs.

Lazar is coming off of a two-year, $1.6 million contract that he signed with the Sabres as a restricted free agent in 2019. Though he never panned out to be the player many thought he could be when he was drafted 17th overall in 2013, there’s no denying that Lazar has become an impact player in the NHL in a fourth-line role. While star power is important in the world of professional sports, hockey is a sport that emphasizes well-rounded ability and depth throughout a lineup. Lazar checks both of those boxes and quickly became a fan favorite in Boston due to his consistent compete level.

The mutual interest in re-upping in Boston between management and player makes sense. Lazar has made it clear that the loves the Bruins’ organization as well as the city of Boston. For the Bruins, Lazar is a player who consistently leaves it all out there for them and has been a bright spot in their bottom-six for parts of two seasons. Still, in business, the desire to get a deal done isn’t the only thing that matters. Logistics also come into play and in a salary cap driven league, tough decisions have to be made regularly.

“Just got out of my meeting with Sweens [Bruins’ general manager Don Sweeney], I think there is interest in both sides,” said Lazar in May. “I love playing here. I love being a Boston Bruin. The city, the fans, the organization, they have all been great to myself and my family, and I want to be back here. But again, there’s other parts. There’s the business side. I mean, we will see what happens. Sweens said he will be upfront and honest with it, and our people will be in touch. So, we will see what happens.”

On the one hand, Lazar has proven to be a very effective and valuable player on the Bruins’ fourth line. On the other hand, though, paying fourth-line players significant money is an ill-advised strategy. This is even more true when considering that the Bruins are in a weird limbo due to Patrice Bergeron’s uncertain future and numerous significant injuries set to hamper the team to start the 2022-23 season.

Bruins Must Be Cautious With Paying 4th Line Players

When the time came to pay players like Sean Kuraly, Noel Acciari and Tim Schaller in recent seasons, the Bruins opted to let all three leave in free agency. Kuraly, who played in a comparable role to Lazar in the Bruins lineup, would sign a four-year, $10 million contract with the Columbus Blue Jackets in 2021. The deal carries a $2.5 million cap hit. Acciari would sign a three-year, $5 million contract with the Florid Panthers in 2019 (a $1.66 million cap hit. He’d score 20 goals in his first season with Florida before regressing back to seven goals and 17 points over the past two seasons. Schaller would sign a two-year, $3.8 million contract with the Vancouver Canucks in 2018 with a $1.9 million annual cap hit. He’s exclusively played in the AHL since the start of the 2020-21 season.

Paying fourth-line players any significant dollar value, especially on a deal with term, is a move that teams should avoid in the NHL. This is especially true when considering the Bruins already have Tomas Nosek ($1.75 million), Nick Foligno ($3.8 million) and Chris Wagner ($1.35 million) under contract for the 2022-23 season. Independently of each other, these contracts don’t hurt the team too much. Together, though, they take up nearly $7 million in cap space that the Bruins could be using to fill more pertinent holes on the roster while plugging in cheaper talent on the fourth line.

The Bruins cannot afford to give Lazar a deal that exceeds the $1.5 million mark annually, and even that is on the high-end of what they should be looking to pay a fourth-line player. As alluded to earlier, the market for fourth-line players hasn’t necessarily fallen in line with that number around the NHL in recent years, and even Sweeney himself has fallen into that trap when bringing in external free agents despite not falling into it with free agents of his own.

It’s never easy to lose a player like Lazar, but the Bruins can ill-afford to pay for fourth-line production when their top-six is filled with question marks. Perhaps the demands of both sides will be met, but only time will tell. It’s already been a long offseason for the Bruins, who are also in the market for a new head coach, and the 2022 Stanley Cup Champion hasn’t even been crowned.

Brandon Share-Cohen has covered the NHL and various professional sports for seven years. Working with The Hockey Writers, Brandon works extensively on covering the Boston Bruins in addition to his role as the News Team Lead.