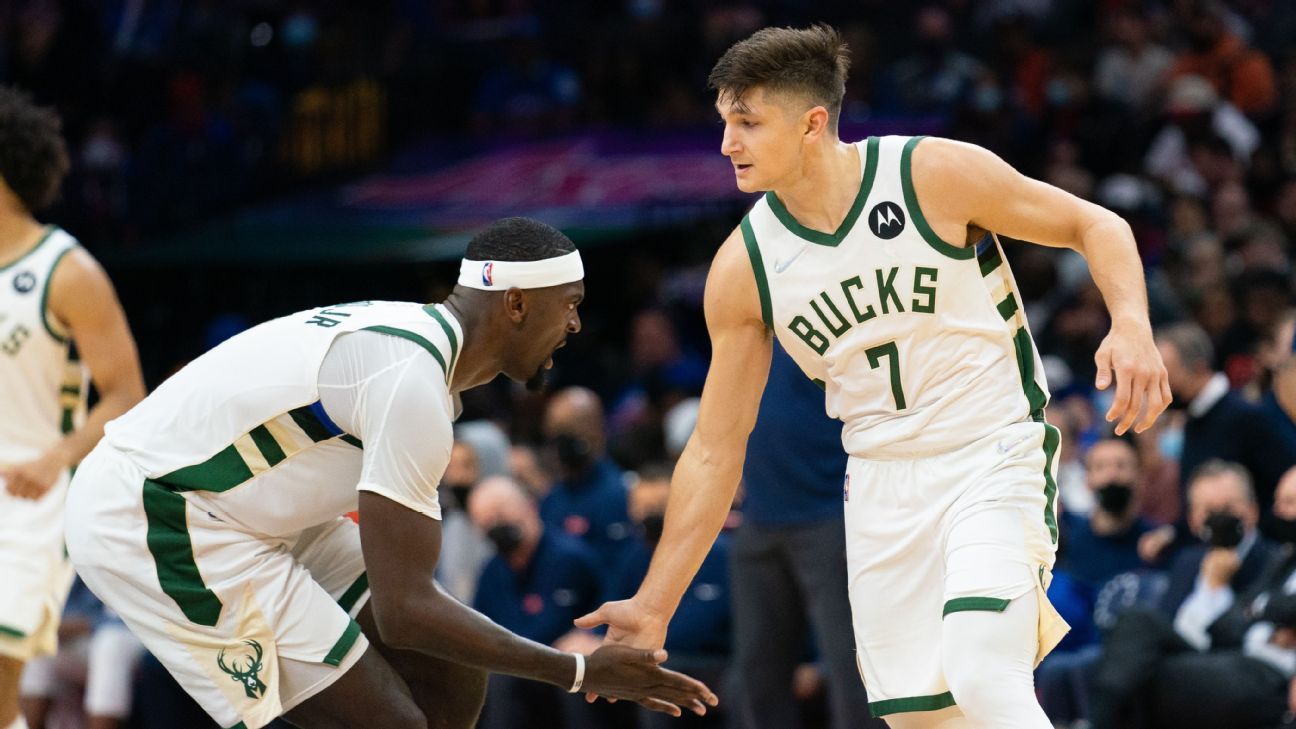 MILWAUKEE — Milwaukee Bucks general manager Jon Horst says Grayson Allen has undergone a “little procedure” on his left ring finger to deal with an injury that was bothering the 26-year-old guard during the season.

“A lot of times, guys do maintenance-type stuff, routine stuff in the offseason to kind of get ready,” Horst said Friday during a pre-draft media availability. “It was good for him to kind of approach it in the offseason. It’ll be fine. There’s no kind of lasting effects.”

Allen averaged 11.1 points, 3.4 rebounds and 27.3 minutes his first season with the Bucks to set career highs in all three categories.

He also shot a career-high 40.9% from 3-point range during the regular season, though he went 2 of 18 on 3-point attempts over the final six games of the Bucks’ seven-game Eastern Conference semifinal loss to the Boston Celtics.

Horst also said forward Khris Middleton is feeling better after missing much of the Bucks’ playoff run with a sprained medial collateral ligament in his left knee. The three-time All-Start hurt his knee in Game 2 of a first-round series with the Chicago Bulls and didn’t play again.

“[He] looks great, really starting to ramp up his court work and his lifting and everything,” Horst said. “He’s fine.”