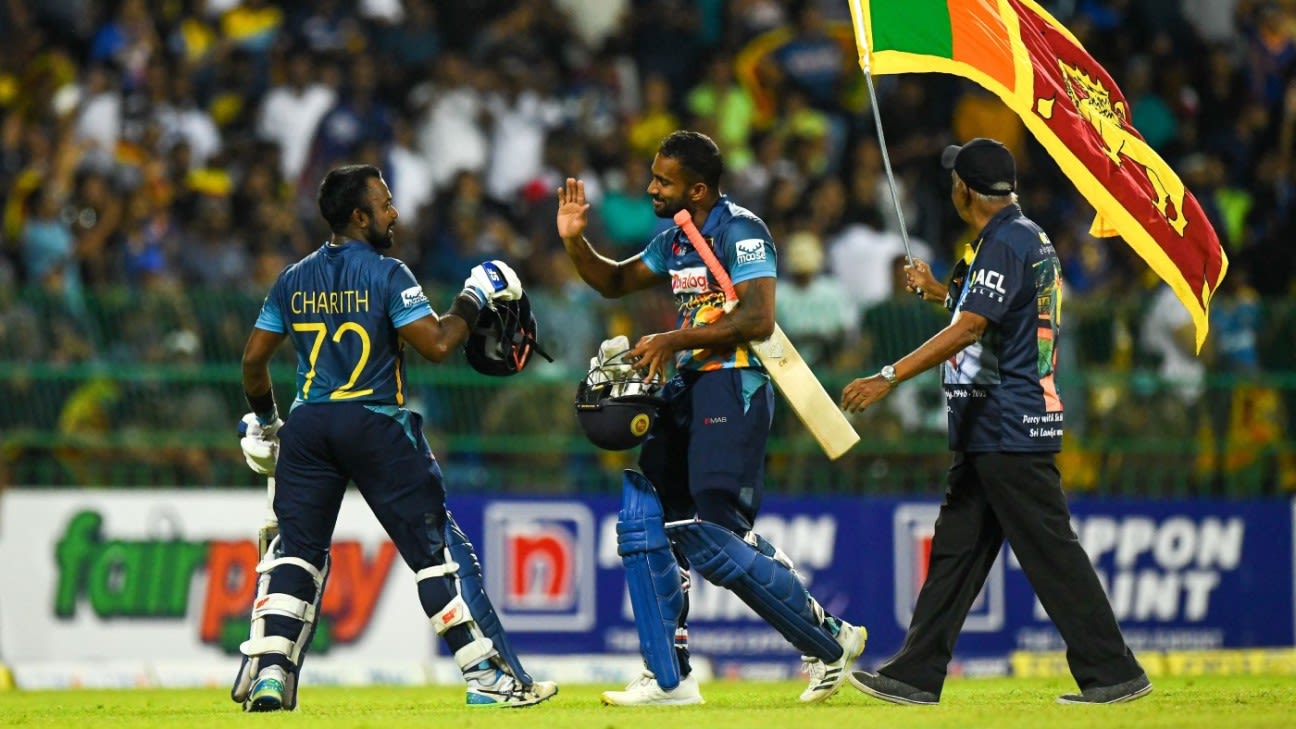 Other than the opening T20I which was a very one-sided affair, Sri Lanka have heaped the pressure on Australia during this tour. They nearly stole a low-scoring clash in the second T20I, thrillingly won the third game off the bat of captain Dasun Shanaka, were only beaten by a Glenn Maxwell special at the start of the one-dayers and have now taken back-to-back ODIs against Australia for the first time in 20 years to stand on the cusp of a series victory.

It was a superb run-chase on Sunday night in Colombo when they made what had looked a strong total prove under par. It shone a harsh light on Australia’s spin bowling – which, admittedly, is missing the first-choice pair of Adam Zampa and Ashton Agar – and raised questions about the allrounder-heavy balance of the side.

However, with these matches not carrying any Super League points Australia do have one eye on the upcoming Test series, especially when it comes to their all-format fast bowlers. Barely a day has gone by on this tour without an injury being added to the list and there will have been some concern when Maxwell grabbed at his left leg after a piece of fielding.

Significantly for Sri Lanka they have won the last two matches without their main weapon Wanindu Hasaranga who had appeared the major threat to Australia. Instead the 19-year-old Dunith Wellalage has shown outstanding composure in his first international series and legspinner Jeffrey Vandersay caused plenty of problems in the third game with sharp turn.
The starring role in the record chase in Colombo, though, went to Pathum Nissanka, who played the innings of his short career with a superbly-paced 137, as he battled the oppressive heat which forced Kusal Mendis to retire hurt. It was a statement innings from a young player who should have a huge role to play in Sri Lanka’s future.

Niroshan Dickwella‘s return livened up proceedings in his first ODI for nearly a year. He was his usual talkative self behind the stumps – reading one play perfectly when he predicted Alex Carey would come down the pitch, then to see him send the ball straight for six – and though his innings did not develop from a promising position, the early flurry of boundaries played a part in making Sri Lanka believe they could succeed in a big chase. However, having played just two ODIs in the last three years he’ll want to make the most of every chance he gets.

David Warner has taken a couple of blinding catches in the outfield during this series but has not quite got going with the bat. Trapped lbw by Maheesh Theekshana in the first game, he was then cut off when looking good for 37 in the second and top-edged a pull off the impressive Dushmantha Chameera in the third. With the series on the line Australia could do with him producing a dominant display.

Mendis has recovered from the cramps that forced him to retire and is available for the fourth match so there would not appear a need for Sri Lanka to change a winning team unless Danushka Gunathilaka passes a late fitness test. Hasaranga’s groin injury is expected to keep him sidelined.

The balance of the attack is the big question for Australia. Can they find a space for Mitchell Swepson and do they have the confidence in him? Mitchell Starc has yet to play in the series after his cut finger while Pat Cummins may be protected ahead of the Tests; speaking of which Josh Hazlewood could be due a rest too having played every game on tour.

The Colombo pitch did not live up to Aaron Finch’s pre-match thoughts of becoming trickier to bat on, instead skidding on nicely under lights with dew also playing a bit of a role. Both sides may, therefore, be keen to chase.