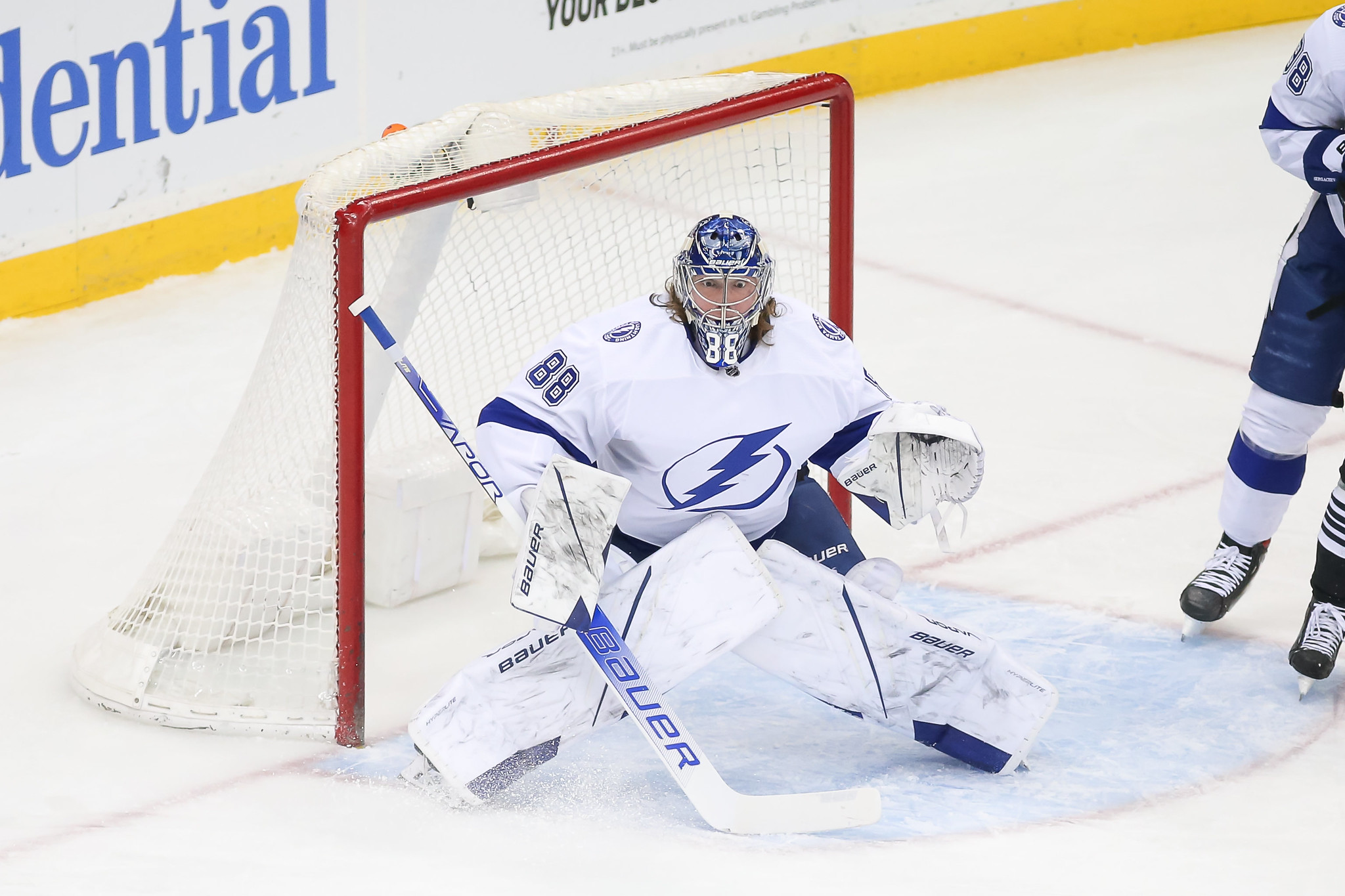 For the past five years, the Lightning have not needed to worry about who’s going to be in net when the season begins —and especially once the puck drops for the postseason. However, what happens if Andrei Vasilevskiy suffers an injury?

As other teams draft their “goalie of the future” or trade away youthful prospects and proven veterans in hopes of landing even a middle-rung goaltender, the Lightning are secure in net with Vasilevskiy. The 27-year-old from Tyumen, Russia, is huge in net — not only in his performance, but his 6-foot-3 frame and 225 pounds of flexible muscle doesn’t provide much room for opposing teams to get one past him.

The Lightning knew what they had in the young prospect when they drafted him in the first round in 2012 with the 19th overall pick. After Ben Bishop signed with the Los Angeles Kings, Vasilevskiy became the Lightning’s starter.

Vasilevskiy Has Played a Lot of Games

In today’s sports environment, athletes are treated like a commodity, and elite athletes are often coddled by management. Major League Baseball pitchers stay on the mound for maybe six innings, coaches in the National Football League rest players before the playoffs to prevent injuries — and National Basketball Association players seem to get “rest” days at random. Not so in hockey. As fans, we all know hockey players are tough and will often play through injuries.

However, the 82-game regular season is long and grueling. Since 2014-15, Vasilevskiy has logged 21,389 minutes in the regular season and an incredible 6,282 minutes of playoff time. During last year’s regular season, he played 63 games. Only Nashville’s Juuse Saros, Winnipeg’s Connor Hellebuyck and Vancouver’s Thatcher Demko played more. Add Vasilevskiy’s 21 games in last year’s playoffs, and he is well ahead of his contemporaries in games played.

In order to win the Stanley Cup, a team needs a top-notch goaltender — just ask the Florida Panthers. Although the Colorado Avalanche won the 2022 Stanley Cup behind Darcy Kuemper’s decent stats of .902 save percentage and 2.57 goals-against average, they still went a different direction, allowing him to test free agency. The Avalanche retained their backup goalie, Pavel Francouz, and then acquired New York Rangers’ backup goalie Alexandar Georgiev, who they expect to be the starter going forward.

The Ottawa Senators selected Brian Elliott, the Lightning’s current backup, in the ninth round of the 2003 NHL Draft, the next-to-last player selected at 291st. His journeyman tour through the NHL has prepared him to persevere. He’s had stretches of great play, having success with the St. Louis Blues. In 2011-12, he led the league in save percentage (.940) and goals-against average (1.56) and recorded nine shutouts.

Although Elliott performed well for the Blues for several seasons, they traded him to the Calgary Flames in 2016. The next year, he was sent to the Philadelphia Flyers, where he also performed well, taking them to the Stanley Cup Playoffs in 2018. However, when he became a free agent in 2021, the Lightning picked him up. As a member of the team, he has played 19 games in relief of Vasilevskiy and has an 11-4-3 record with a respectable .912 save percentage (SV%). For Lightning fans, Elliott’s performance in goal was a relief from previous seasons.

During the two Stanley Cup-winning seasons, Vasilevskiy’s backup was veteran netminder and Ontario native Curtis McElhinney. Drafted one year before Elliott (in 2002) by Calgary, McElhinney played 249 games and retired with a career 2.83 goals-against average and a .907 SV% and two Stanley Cups. In his two seasons as the backup goaltender in Tampa, he only started 30 games, collecting a record of 12-13-5. After a long career, McElhinney retired at 38 years old.

Since Vasilevskiy became a full-time starter in 2017, there has been no goalie controversy in Tampa. Even when he struggled during the playoffs against the high-scoring Toronto Maple Leafs, Rangers and Avalanche, coach Jon Cooper never wavered in his faith, as Vasilevskiy’s record is rock solid.

When the Lightning acquired Elliott from Philadelphia, he was already splitting starts with Carter Hart. So, when he was brought on board in Tampa, he embraced his backup role and recognized that his ice time would be limited. However, his 19 games in net this past season showed why he had been a successful starter in the league. So much so that general manager Julien BriseBois extended Elliott’s contract before the end of the season with a one-year, cap-friendly salary of $900,000.

“I always say that every time you get an opportunity to start, you take advantage of it,” Elliott said during a news conference in 2021 after he was announced as the Lightning’s backup netminder.

However, starting 20 games a season is quite different from the pressure of being in the net night after night if Elliott was forced to take over in Vasilevskiy’s place. The Lightning are in a better place than they were before his arrival, and he can certainly win games, but he’ll need to prove that he can be consistent as a starter.

Obviously, the Lightning organization has confidence in the 37-year-old, and he deserves that respect. If Vasilevskiy misses significant time next season, Elliott is a very capable replacement who could make a long run in the playoffs with the talent that surrounds him.

It is hard to fill Vasilevskiy’s skates, as he is considered the best goalie in the world. However, the Lightning acquired Elliott to win games and he has been successful at that so far.

Lydia Szyjka is a freelance writer for The Hockey Writers. Growing up in Tampa, she graduated from H.B. Plant High School—never dreaming her Tampa Bay Lightning would win three Stanley Cups. She is director of communications for a Catholic university, where she is the editor of the alumni magazine. An avid hockey fan, she and her husband live in Delaware with their two cats. 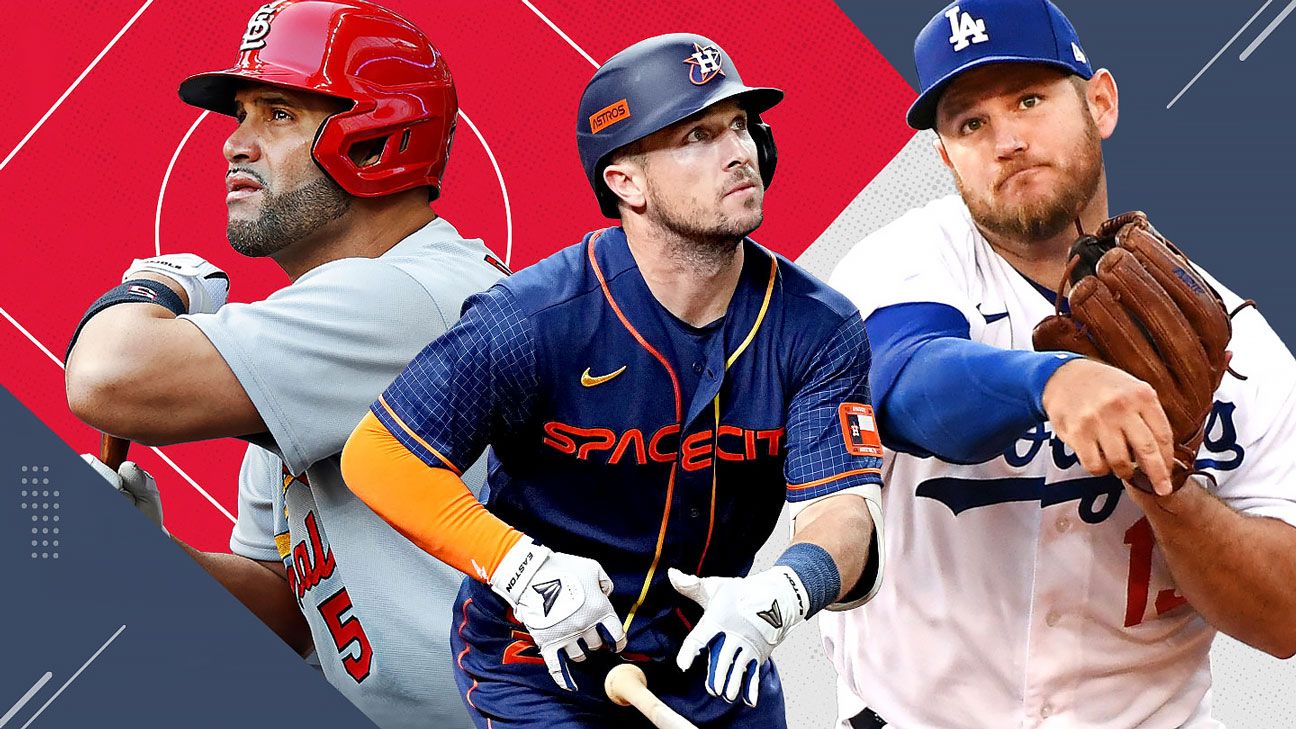 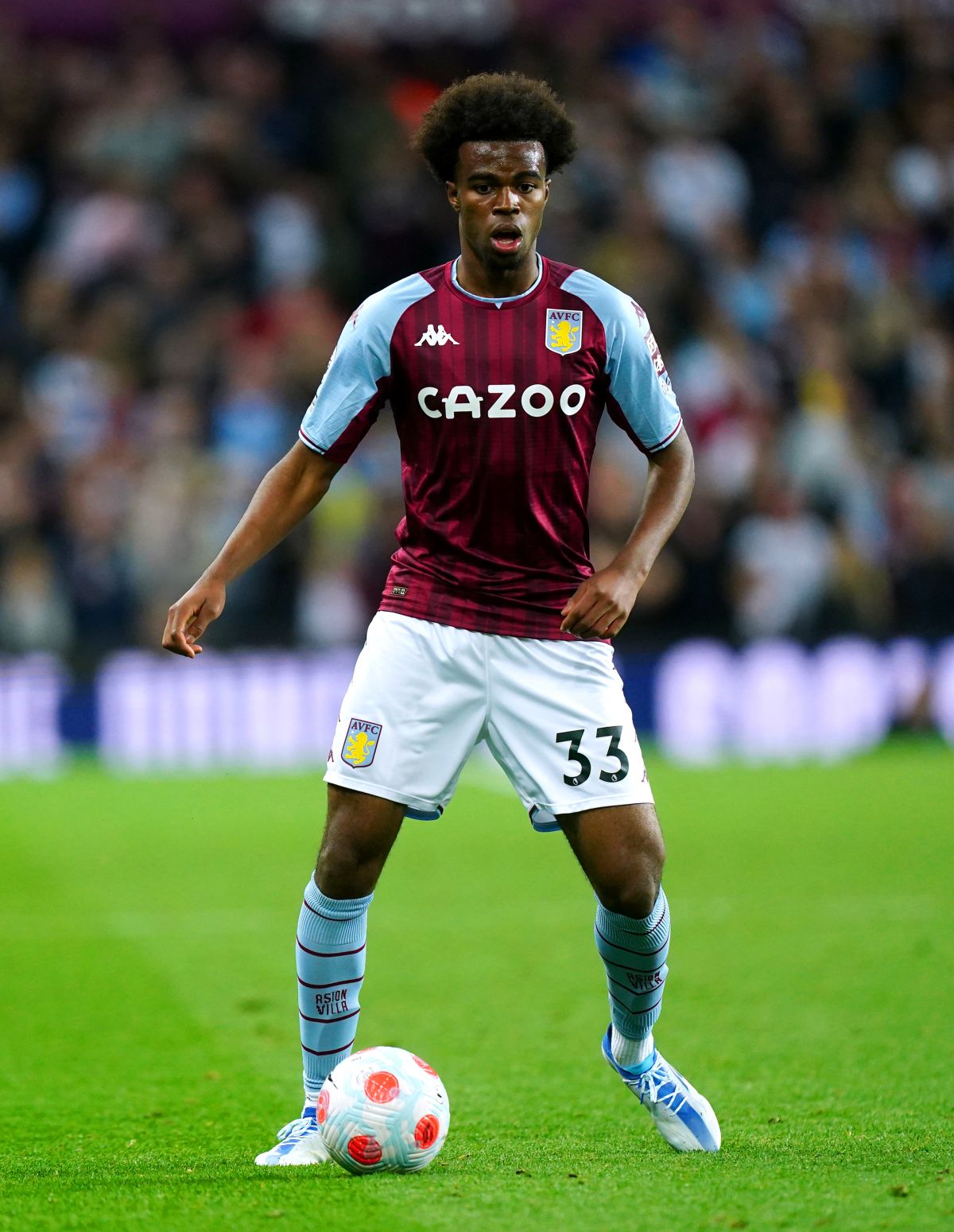