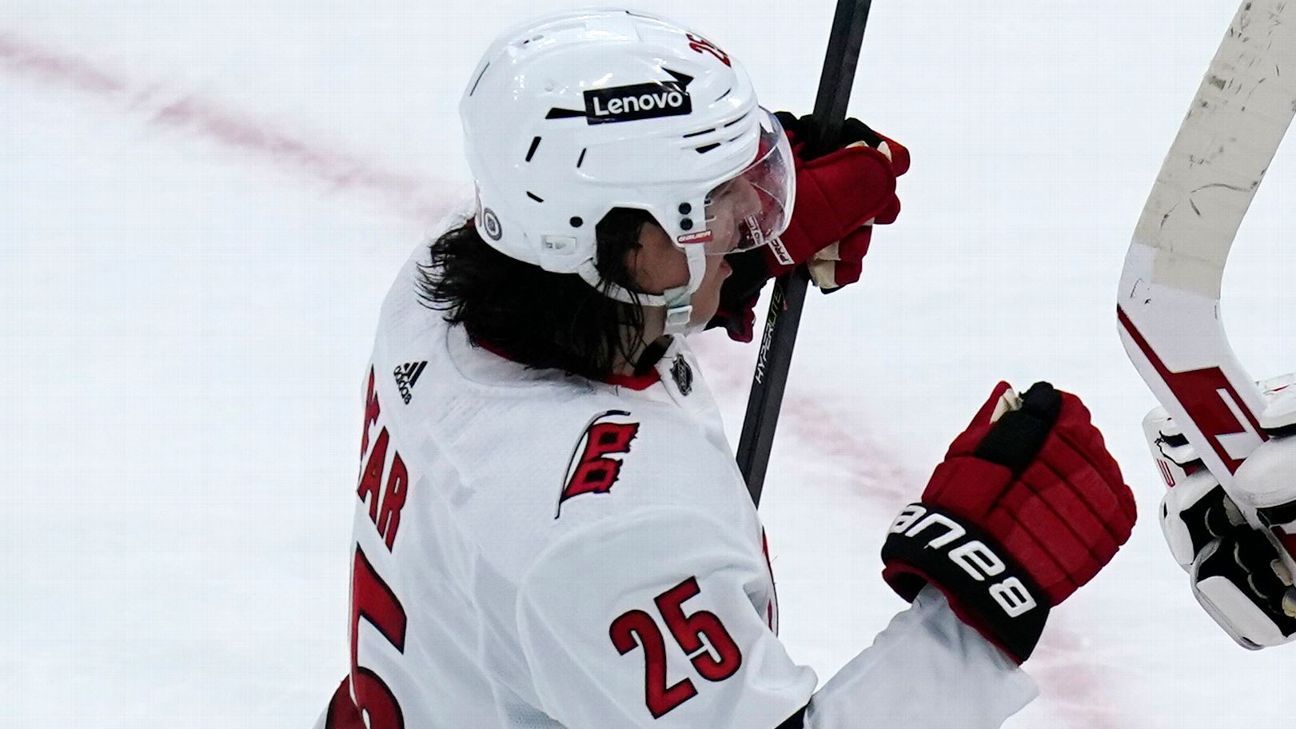 The team announced the deal Thursday, exactly one year since the Hurricanes acquired Bear in a trade with Edmonton.

Bear had five goals and nine assists in 58 games last season. He struggled to find a rhythm after a bout with COVID-19 in late November and was a healthy scratch for Carolina’s 14 playoff games.

“I’ve never been through something like that,” Bear said in June. “Honestly, for a long time, it’s tough; it’s like you can’t breathe but like you don’t know if you’re out of shape or can’t push yourself to that point because you just simply couldn’t. That was the most challenging part.”

The 25-year-old Bear was a restricted free agent who had filed for arbitration, with a hearing set for Aug. 8.

Carolina has made the playoffs for four straight seasons but lost in a seven-game, second-round series to the New York Rangers in May.