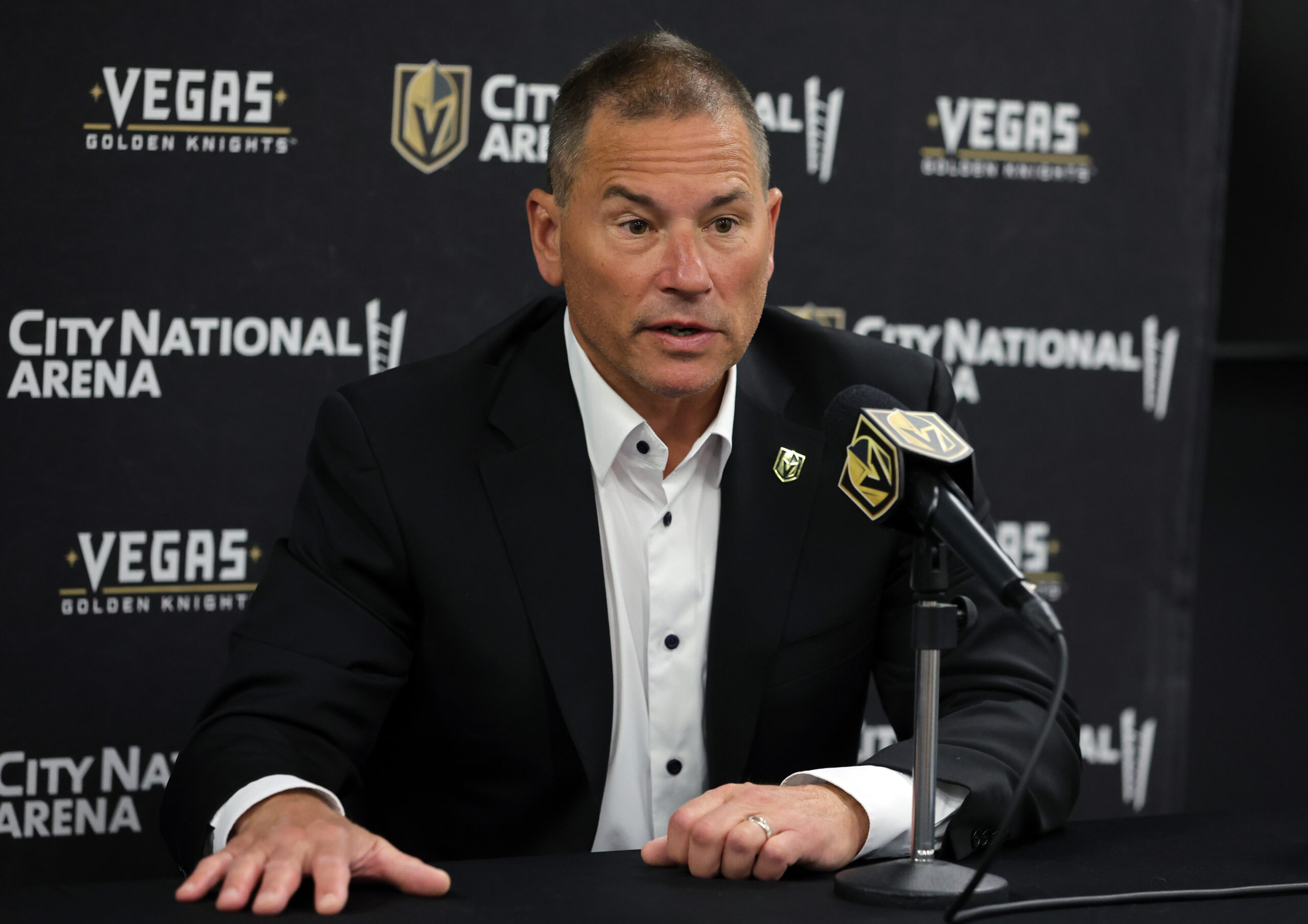 In this edition of Boston Bruins News & Rumors, it didn’t take Bruce Cassidy much time to find a new job, as the Vegas Golden Knights recently named him their new head coach. Meanwhile, several names have been rumored to be taking over the coaching vacancy in Boston, with former New York Rangers head coach David Quinn being atop that list. In other news, plenty of confusion is still lingering over general manager Don Sweeney’s future, as he and the Bruins have not yet agreed on a contract extension for the 2022-23 season.

Exactly one week after being fired by the Bruins, Cassidy was able to snatch up a new gig as the Golden Knights new head coach. The 57-year-old spent six seasons as Boston’s bench boss, but was let go by Sweeney after the organization’s first-round loss to the Carolina Hurricanes just over a month ago.

The decision to join the Golden Knights was a no-brainer for Cassidy, as he will join a franchise with a very talented roster. Despite missing the playoffs this past season, he will now have a team with players such as Jack Eichel, Max Pacioretty, Mark Stone and Alex Pietrangelo to work with, to name just a few. While there are still some salary cap issues to work through, they should have no problem bouncing back in 2022-23, and could very well find themselves atop the Pacific Division once again.

How quickly Cassidy was able to find a new job goes to show just how highly regarded he is around the league. Though he was never able to lead the Bruins to a Stanley Cup, they came ever-so-close, as they advanced to the Final in 2019 before ultimately falling to the St. Louis Blues. During his six seasons in Boston, he had a record of 245-108-46.

With the firing of Cassidy, Sweeney and the rest of the Bruins management team are working on figuring out who his replacement will be. There have been several different rumors as to who may be the best fit, but one who has been talked about plenty is Quinn. According to Fluto Shinzawa of The Athletic, Quinn is being viewed as the favorite to land the job. (from ‘Fluto Shinzawa: Bruins coaching search: David Quinn to interview next week, has emerged as a top candidate,’ The Athletic, 06/17/22).

Quinn, 55, has connections to the city of Boston, as he played for Boston University (BU) for three seasons as a defenceman, and was also their head coach from 2013-2018. After finishing with BU, he spent three seasons as the Rangers’ head coach, but was relieved of his duties after the 2020-21 campaign. During those three seasons, two of which were shortened due to the COVID-19 pandemic, his team had a record of 96-87-25.

Related: Bruins Have Options to Insert Young Players Into 2022-23 Lineup

One other name who was recently suggested by Jimmy Murphy of Boston Hockey Now is Greg Cronin. Though he isn’t as well known of a name, he has spent several seasons as an assistant coach at the NHL level, and has spent the past four seasons as the head coach of the Colorado Eagles in the American Hockey League (AHL).

With all this said, until a replacement is officially named, there will likely be several other names rumored to be in the running for the position. Despite having an aging core, the Bruins still possess a very talented roster, one which nearly any available candidate would likely be interested in joining.

Despite being able to fire Cassidy and appearing to have the go ahead to find a new head coach, Sweeney’s future with the Bruins remains uncertain, as he does not yet have a contract in place for the 2022-23 season. President Cam Neely suggested at year-end availabilities something would get done soon, making it all the more curious that nothing has yet been announced.

Considering he made the decision to move on from Cassidy, it still seems likely that an extension will be given to Sweeney, much to the chagrin of many Bruins fans. While the team has had success since he took over as their general manager back in 2015, many believe that is due to the core he inherited, rather than the changes he himself has made. On top of several bad draft selections, he has signed a number of free agents who simply have not worked out, which has left many puzzled as to why he is still the man calling the shots.

Looking Ahead for the Bruins

This offseason will be an extremely pivotal one for this Bruins club, which is facing a ton of questions at the moment. First and foremost is the vacant head coaching position, but that is far from the storyline. The future of Patrice Bergeron still remains up in the air, as does David Pastrnak’s, who has recently been involved in some trade rumors. Whether or not a potential deal involving the 26-year-old comes to fruition remains to be seen, but nonetheless should continue to receive some chatter throughout the summer.