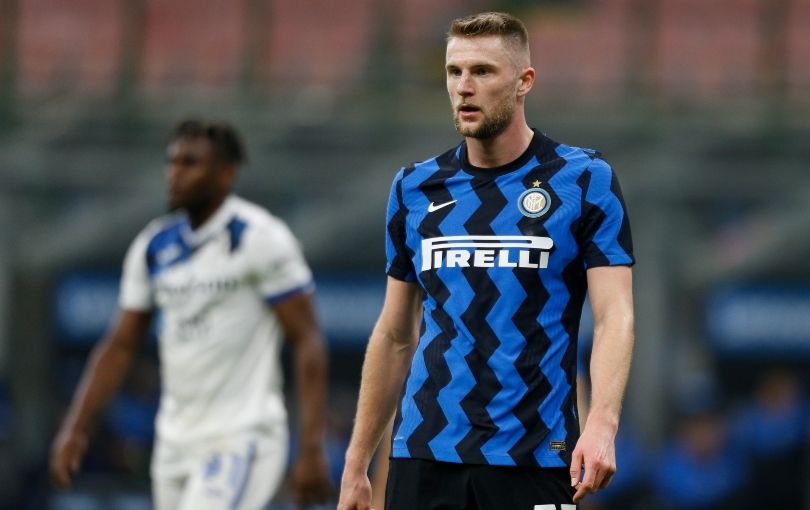 Chelsea and Inter Milan will reportedly sit down on Friday to negotiate Romelu Lukaku’s loan move back to San Siro, but the availability of three Nerazzurri players will be discussed too.

Lukaku’s potential return to Milan, one year after sealing a club record £97.5m move to the Blues, has been one of the transfer sagas of the summer so far.

The cash-strapped Italian club are trying to find a way of affording a deal, and Sky Italy (opens in new tab) reports that Chelsea will name their price during a new set of talks.

Inter’s original offer was €5m plus €2m in bonuses, but that was turned down.

During the meeting, the availability of Milan Skriniar, Alessandro Bastoni and Denzel Dumfries could also come up.

Any discussions for these players will be part of a separate negotiation from the one involving Lukaku, though.

The Inter hierarchy are willing to listen to offers for the trio, but PSG have already been warned off Skriniar for failing to meet their valuation.

The French club offered €50m plus a player exchange for the Slovakia international, but the Italians rejected the bid as they are holding out for €80m in cash.

Inter’s owners reportedly want to end the transfer window with a profit of around €60m, which will likely require the sale of at least one key player.

Last summer, Lukaku was sold to Inter and Achraf Hakimi left for PSG to try and ease a difficult financial situation for the club.