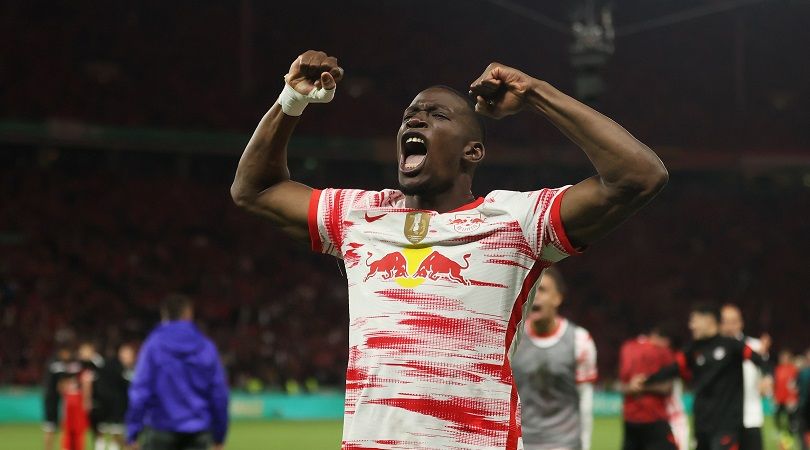 Chelsea are plotting an audacious attempt to sign Nordi Mukiele from under the noses of Paris Saint-Germain, according to reports.

The Ligue 1 giants are in pole position to land the France international, who looks set to leave RB Leipzig (opens in new tab) this summer.

PSG (opens in new tab) have already agreed a £55m fee with the German side and had been hoping to wrap up a deal this week.

But Chelsea (opens in new tab) are also interested in Mukiele as they seek alternatives to Jules Kounde, previously their top target.

The Blues look set to miss out on the Leipzig man, with Barcelona (opens in new tab) now at the front of the queue to sign him.

The recruitment team at Stamford Bridge has therefore sought out other options, with Mukiele one of the players under consideration.

And Chelsea have not given up hope of hijacking PSG’s deal for the 24-year-old, who has been at Leipzig since 2018.

According to Foot Mercato (opens in new tab), the Blues are considering offering Timo Werner to Leipzig as part of a package that would see Mukiele move in the opposite direction.

Chelsea signed Werner from Leipzig two summers ago but he has failed to replicate his Bundesliga form in the Premier League.

Thomas Tuchel is willing to let his fellow German depart this summer ahead of his second full season in charge.

The opportunity to bring Werner back to the Red Bull Arena may be attractive to Leipzig, but it is unclear whether they would prefer Chelsea’s potential offer to a cash-only proposal.

The Blues are not willing to match PSG’s £55m bid, hence their creative attempt to reach an agreement a different way.

Chelsea have already signed Kalidou Koulibaly this summer but they remain keen to bring in at least one more defender.

Antonio Rudiger and Andreas Christensen bade farewell to west London when their contracts expired on July 30.

Cesar Azpilicueta also faces an uncertain future, with Barcelona keen to bring him to the Camp Nou.