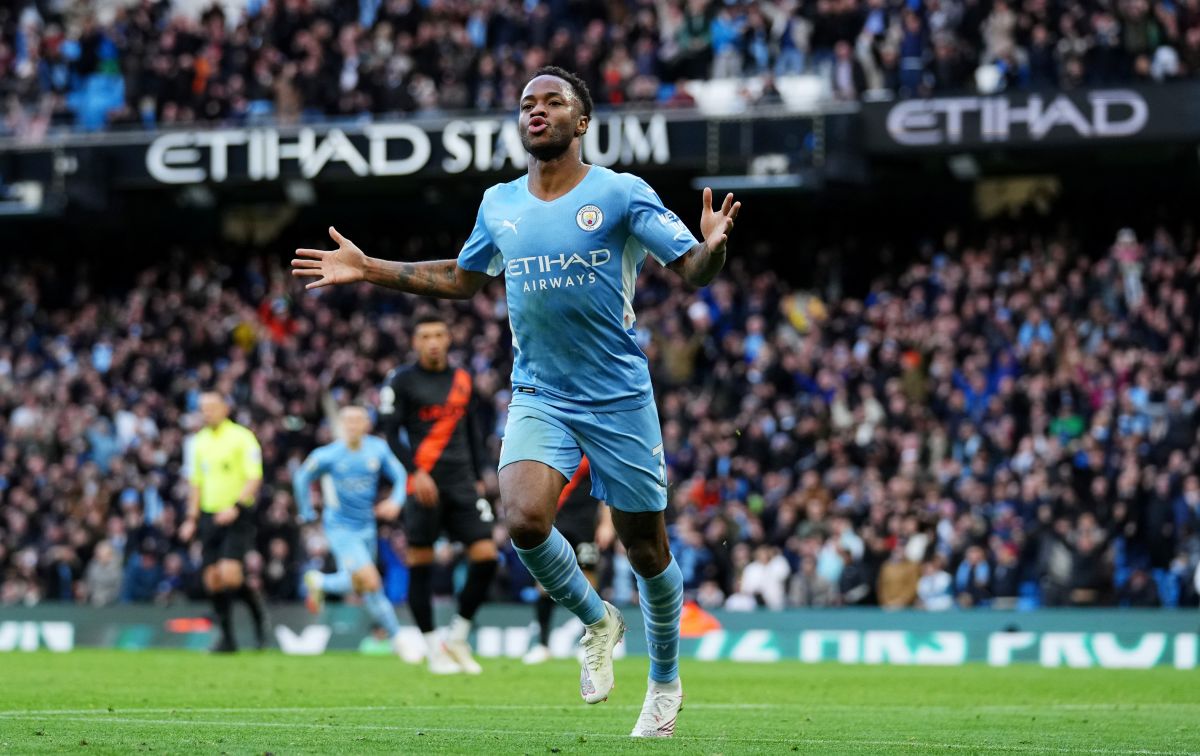 The England forward has been linked with an Etihad exit this summer as he enters the final year of his deal.

And according to the Times (opens in new tab), Sterling will only leave if he’s given assurances that he will play more regularly.

The 27-year-old wants to be competing for silverware domestically and playing in the Champions League.

Chelsea, Barcelona and Real Madrid are interested in the winger, while City haven’t yet given Sterling the guarantees he’s looking for.

Sterling is currently on holiday, where he’s considering his next move.

At City, he has the likes of Riyad Mahrez, Jack Grealish and Phil Foden for competition.

The former Liverpool man still made an important contribution last season, scoring 17 goals in all competitions as City successfully defended their league crown and reached the semi-finals of the Champions League and FA Cup.