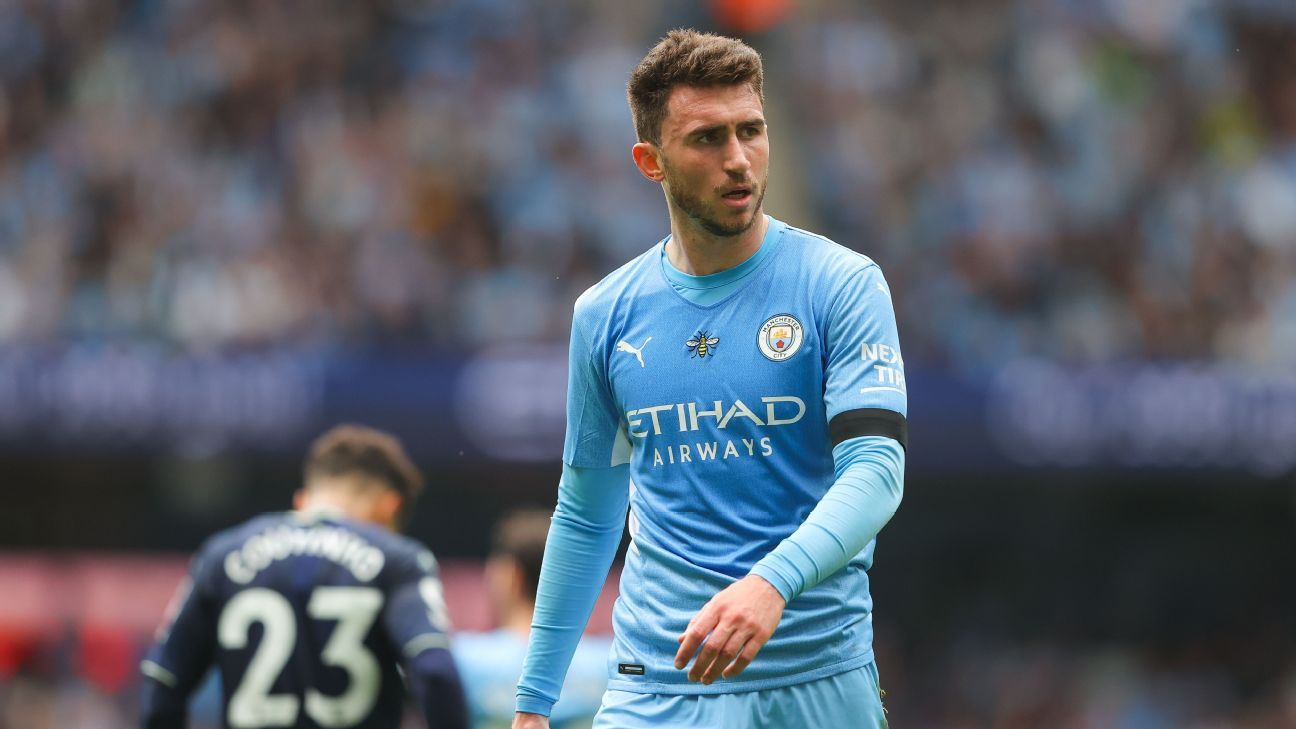 Manchester City defender Aymeric Laporte has undergone surgery for a knee injury and could be out until September, manager Pep Guardiola said on Friday.

The 28-year-old Spain centre-back missed City’s pre-season tour of the United States this month, during which they beat Club America and Bayern Munich.

Premier League champions City face FA Cup winners Liverpool in the Community Shield on Saturday, but Guardiola confirmed that Laporte will play no part in that match after his surgery.

“He had surgery. Last season he played the last few games with an injury, he made an incredible effort but he could not continue to do that.

“So far he’s doing really well. You have to be careful because it was his knee. If all goes well he will start to be with us in September.”

Guardiola said his team were in the market to sign a left-back following the departure of Oleksandr Zinchenko to Arsenal, with sources having told ESPN earlier this month that City were keen to sign Brighton’s Marc Cucurella.

“He is a Brighton player. I can’t say anything else,” Guardiola said.

“If it’s possible, yes [we will sign a left-back], if not we stay. Joao Cancelo can play there… Nathan Ake too. I never complain about the squad I have since the first season. What the club can do is for the benefit of the club, not me.”

City have signed forward Erling Haaland, midfielder Kalvin Phillips and goalkeeper Stefan Ortega, and Guardiola said the trio would not take long to settle in.

“Stefan surprises us a lot in all aspects on the ball and build-up, Kalvin knows the Premier League perfectly. The way they settle in the few games we play, I think they will.”

“If you analyse what happened in the last years, without these important players [it] would be difficult to imagine. The influence on and off the pitch,” Guardiola said.

“Today in world football this situation happens. We wish them the best. The right people, I feel they settle quickly, they are accepted and down to earth, humble people.

“Tomorrow we try for the first title, it’s an honour to be here, it’s a big success to be there.”