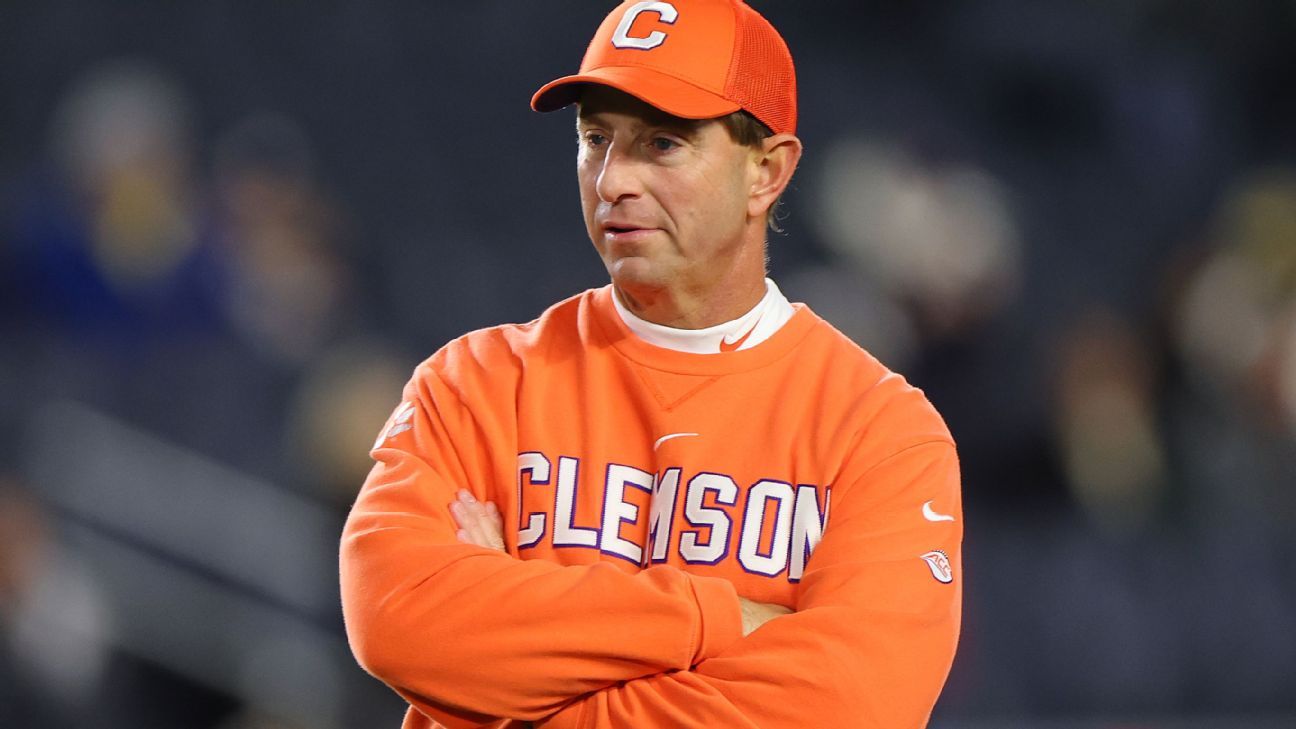 Inspirational thought of the week:

Here at Bottom 10 Headquarters, located in a hidden room behind the cabinet where Marty Smith keeps all of his cornhole awards, we often spend our Novembers locking ourselves into that secret bunker for protection against the foul conditions that roll into the season’s final month like a loose tree that kneecaps Jim Cantore during a hurricane live shot.

As we write this, the East Coast is monitoring Tropical Storm Nicole as it rolls through the homeland of the Hometown Lenders Bahamas Bowl with an eye on dumping rain on the games played everywhere from the home of the RoofClaim.com Boca Raton Bowl to the home of the Myrtle Beach Bowl.

Last weekend saw a bowlful of inclement conditions. Mother Nature tried her best to help Bottom 10 stalwart Northwestern keep up with hoity-toity top-10 resident Ohio State. Boreas Frostheart must be a Notre Dame season-ticket holder because he was blowing Clemson passes around like boomerangs. Meanwhile, Elsa was rehearsing for “Frozen 3” in Missoula, Montana.

Whether ye be soaked, frozen or wind-blown, or your teeth are chattering and knees are knocking from a combination of all the above, just know that this is the price one must pay to play college football in the deep fall. And if your team is on the list that follows, you already know this feeling of misery all too well. Heck, you’ve felt this way since the season started in August.

The Bulls lost to then-Bottom 10 member Temple by 26 points and then attached a nitrous bottle to their ride back into this top/bottom spot by firing head coach Jeff Scott. The bad news is USF needs a new head coach. The good news? Well, there is no good news in Tampa, Florida, but there is in this week’s Coveted Fifth Spot.

The Minutemen lost to the Artists Formerly Known as UCan’t in the Game Formerly Known as the Bottom 10 New England Megabowl presented by Stop & Shop. While I know UMass fans have started to wear their Bottom 10 emblem as proudly as they do their old Tom Brady jerseys, they are likely despondent that their team lost that game and somehow moved out of the top/bottom spot. But if they run the table over the season’s final three weeks, they will not only reclaim that position, they will do so in a minute, man. The season ends with a visit from three-win Army, but that comes after a trip to three-win Texas A&M, and that comes after a trip to … a Pillow Fight of the Week opponent that will be revealed momentarily.

The good news is Akron didn’t lose. The bad news is that’s because it didn’t play.

The Buffs have entered the “How can we help your postseason awards résumé?” portion of their schedule. They spent last weekend losing to CFP hopeful Oregon 49-10 and making Bo Nix look like Bo Jackson. Now they travel to the the L.A. Coliseum to lock their fingers and give USC and QB Caleb Williams a statistical boost back into the national conversation.

Tigers don’t like wind. Who knew? They do like offense, though. Thus, the guy in orange who was seen standing outside Raymond James Stadium with a boombox playing Peaches & Herb’s “Reunited” as Jeff Scott was packing up his office. When someone shouted to the man, “Are you Dabo Swinney?” he shouted back, “Um … no … I’m Sabo Dwinney … er, wait … no … Lloyd Dobler! I’m in the Covered Fifth Spot — cut me dadgum slack!”

How bad are the Wildcats? Even the computers feel bad for them. Or maybe we’ve been hacked by a professor from their renown computer science department.

How bad is Northwestern? I was doing #Bottom10 research and just realized that even our https://t.co/hKTXS4EaQ5 algorithm felt so bad for them that it threw a W from a different school onto its team page out of pity. pic.twitter.com/j9MSmfN6p5

Northern Illinois faced another 2-6 team in Central Not Western Michigan and lost. Now it faces a 3-6 Western Not Central Michigan. Reminder that their two wins this season came against Eastern Not Western Or Central Michigan in Week 7 and in the season opener against Eastern Not Western or Central or Southern Illinois. Compass confusion aside, this all feels like one big march over the map to get to the Pillow Fight of the Year of the Century of the Year in the Nov. 26 season finale against Akron.

But before that Pillow Fight of the Year of the Century of the Year, there will be this one, when the Fightin’ Butch Joneses of Arkansas State host UMass. According to the mysteriously accurate and magically delicious Ouija board that is the Football Power Index formula, the Red Wolves have a 92.7% chance of winning the game.

Kids, did you know at one time these big, massive, scary animals once roamed the Earth, stomping across the land, devouring enemies and asserting their dominance everywhere they walked? Scientists call that time period B.C., and they also believe today’s smaller, weaker birds were begat from those mighty beasts once known as Hokies.

The final spot in this week’s rankings was between a pair of green teams that have both occupied the top bottom spot at one point this season. Ultimately, the nod was given to the Niners because they followed up their first win since Week 1 with a 59-7 loss to Western Kentucky at home. The Hillstoppers are the only common opponent shared by Hawaii and Charlotte, and the Warriors also hosted WKU but lost by a score of only 49-17, 10 points better than Charlotte. In related news, Western Kentucky has just received word it has been promoted to Chairman Preferred by its airline’s frequent flyer program.