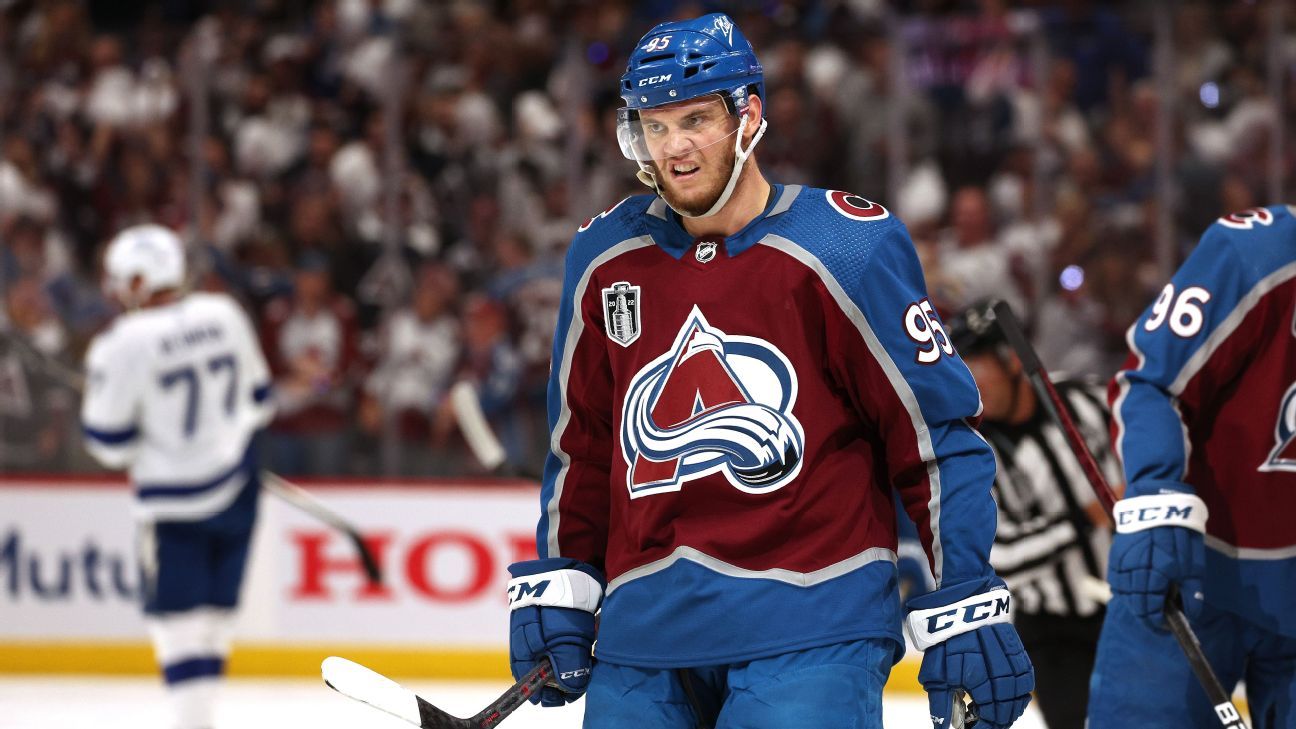 DENVER — Colorado‘s Andre Burakovsky will not travel with the team to Tampa on Sunday after suffering an injury in the Avalanche’s 7-0 drubbing of the Lightning in Game 2 of the Stanley Cup Final on Saturday.

Coach Jared Bednar said Burakovsky is still being evaluated and would join the Avalanche in Tampa on Monday. His availability for Game 3 remains unknown.

Burakovsky left Saturday’s tilt early in the second period after taking a Victor Hedman shot off the hand. It’s the second injury Burakovsky has suffered in the postseason, after he was forced to miss two games in the Western Conference final against Edmonton with a leg injury. Burakovsky said last week he’d only recently felt close to recovered from that issue, but he still was taking regular maintenance days from practices and morning skates.

The Avalanche are already playing shorthanded in their top-six as Nazem Kadri remains out following thumb surgery. He last played in Game 3 of the conference final and resumed skating with a stick last week. Bednar said on Sunday that Kadri will travel with the team to Tampa but is still considered day-to-day.

Burakovsky has showcased his best hockey of the playoffs since replacing Kadri on the Avalanche’s second line. The big winger scored Colorado’s overtime-winner in Game 1 of the Cup Final and made the most of limited playing time in Game 2 notching a key assist on Valeri Nichushkin‘s power play goal and scoring another himself. Burakovsky now has three goals and eight points in 12 postseason games.

Bednar juggled his lines again without Burakovsky in Game 2, elevating Artturi Lehkonen to the second unit with Mikko Rantanen and J.T. Compher.

Colorado will wait and see if Burakovsky is able to play in Monday’s Game 3. The Avalanche did get Andrew Cogliano (finger) back on Saturday to shore up their forward depth. If Burakovsky is unavailable, it’s likely Nicolas Aube-Kubel would draw back into the lineup, after being a healthy scratch in Game 2.