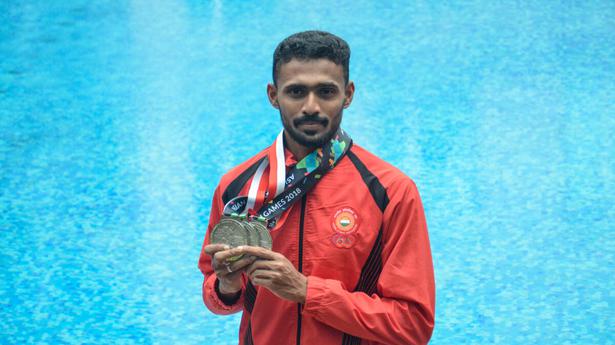 Noah Nirmal Tom did not run the men’s 4x400m relay at the recent World Championships and there was no official explanation for that but the quartermiler finds a place in the Indian athletics team for the Birmingham Commonwealth Games which begin on Thursday.

The men’s relay quartet fared poorly at the Worlds, clocking 3:07.29s and finishing 12 th out of 13 teams with anchor Rajesh Ramesh running a very slow 48.30s.

The Athletics Federation of India (AFI) has now replaced Ramesh with national record holder Muhammed Anas, who was not in the original team announced last month. The new CWG team was announced on Wednesday evening.

“Ramesh has a minor injury and could not perform as expected at the Worlds,” said Adille Sumariwalla, the AFI president.

“Two female athletes are dropped from the team after they failed a dope test. We have zero tolerance for doping.”

The AFI was allowed a maximum of 36 athletes earlier by the Indian Olympic Association (IOA) and a few weeks ago, there was a worry that the number would not be enough. But now, after injuries to Olympic champion javelin thrower Neeraj Chopra and Asian shot put record holder Tajinderpal Singh Toor and the dope failures, the AFI just has a 32-member team for Birmingham.

“The Indian team is full of young athletes and it is a great chance for these youngsters to shine at the CWG. We have a good team of 32 athletes though our quota for the Games was 36,” said Sumariwalla.