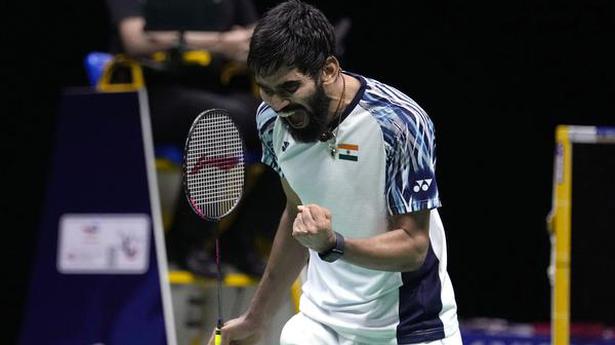 Top-seeded Sindhu, who has previously won a bronze and sliver in singles, received bye in the opening round. The Indian will start her campaign by facing Maldives’ Fathimath Abdul Razzaq in the second round.

Aakarshi Kashyap too got a bye in the first round. Her second-round match will be against the winner of the first-round fixture between Guyana’s Priyanna Devirani Ramdhani and Pakistan’s Mahoor Shahzad.

On the men’s side, Kidambi Srikanth and Lakshya Sen too received byes in the opening round. Srikanth, the silver medallist from four years ago, will face either Uganda’s Daniel Wanagaliya or Barbados’ Kennie King in the second round. He could face reigning world champion and top-seeded Singaporean Loh Kean Yew in the semifinal.

Lakshya, who is second-seeded and will make his CWG debut, faces Vernon Smeed of St Helena, Ascension and Tristan da Cunha in the second round.

In men’s doubles, second-seeded pair of Satwiksairaj Rankireddy and Chirag Shetty will start its medal quest directly from second round where it will come up against the winner of the opening-round encounter between Pakistani duo Ali Murad and Muhammad Bhatti or South African pair of Jarred Elliott and Robert Summers.

The Indian women’s doubles pair of Treesa Jolly and Gayatri Gopichand received a bye in the first round. Their second-round match will be either against Uganda’s Sharifa Wanyana and Justine Tracy Naulwooza or Mauritius’ Ganesha Mungrah and Jemimah Leung For Sang.

In mixed doubles, Ashwini Ponnappa and B. Sumeeth Reddy will face local favourites Jessica Pugh and Callum Hemming in the second round.