The Commonwealth Games have always been graced by some of the top athletes from the 72 nations that feature in the event. From Olympic champions to world champions, the quadrennial event has been lit up by some exhilarating performances.

The 2022 edition at Birmingham will be no different. Olympic gold medal winners will be featuring in sports like swimming, diving and athletics. Sportstar takes a look at some of them.

Not many swimmers can brag about defeating Michael Phelps. Chad le Clos can. He can also boast of the seven world championship medals he has won. At the 2022 Commonwealth Games, the veteran swimmer will make a splash in his favourites – 100m and 200m butterfly. Le Clos features in the 50m butterfly as well. In the team events, the 30-year-old will be a part of the men’s 4×100 medley relay and 4x200m freestyle medley relay teams. Though age might have caught up with the South African, as was evident from his withdrawal from the World Championships earlier this year, Le Clos still holds the exploits to leave a mark at this year’s edition. 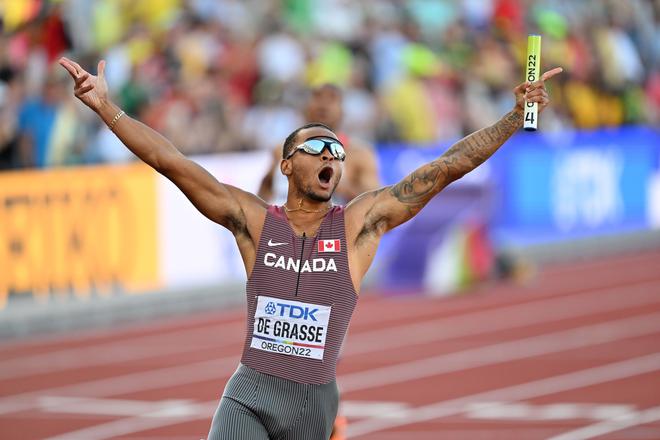 Andre De Grasse is the reigning Olympic champion in 200m. He also won the 4x100m relay gold at the World Athletics Championships in Eugene.

“He runs just like me” – is what the world’s fastest man, Usain Bolt, had to say about Andre De Grasse. The track athlete from Canada is a six-time Olympic medallist, with his most recent triumph – the 200m gold in Tokyo. The only feather missing from his cap was a world championship gold. De Grasse collected that at the recently concluded championships in Eugene. And in some style. The 27-year-old was running in the 4×100 relay. He anchored the team’s run and managed a split timing of 8.79 seconds. It is commonly believed that a sprinter achieves his peak at around 27 years of age. If that is true, be prepared to see Andre De Grasse going for the Canadian record in the 200m, which he set at 19.62 seconds in Tokyo. De Grasse will also feature in the 4x100m relay race. 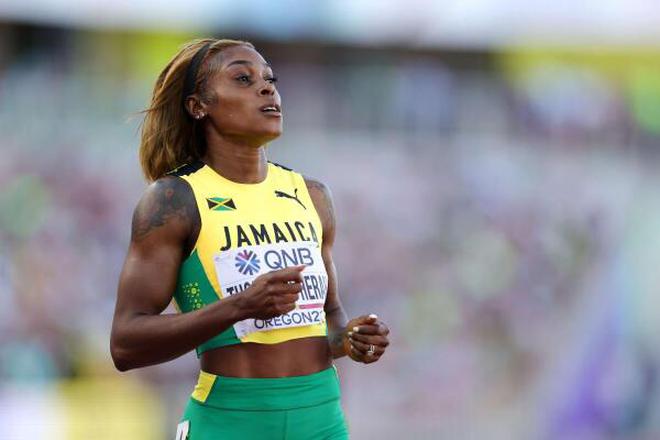 Elaine Thompson-Herah, who holds the Olympic records in 100m and 200m, is also Jamaica’s fastest in the 100m with a timing of 10.54 seconds. She has done this despite compatriots Shelly-Ann Fraser-Pryce and Shericka Jackson breathing down her neck. Elaine was the fastest Jamaican woman in the 200m as well, but was bettered by Shericka at the World Athletics Championships this year. The three women from Jamaica have been in a league of their own and raised the standard of sprint racing. Elaine’s next target undoubtedly is the world record of 10.49 seconds in the 100m set by Florence Griffith Joyner nearly four decades ago. As she sets foot on the track at the 2022 Commonwealth Games in the 100m, 200m and the 4x100m, do not be surprised to see some records tumble. 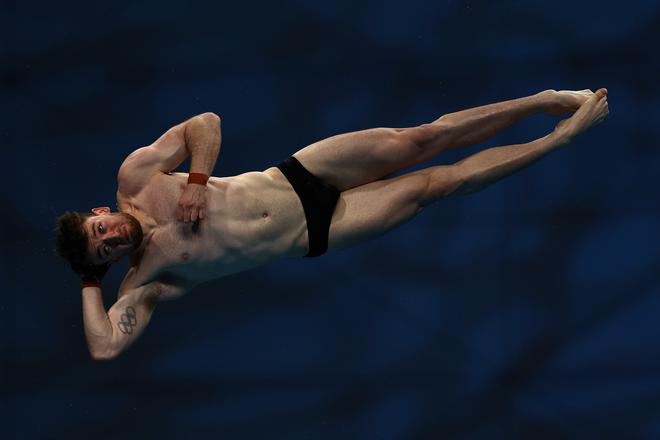 At the age of 24, Matthew Lee has won all major competitions in the sport of diving. His greatest achievement came at the Tokyo Olympics when he won the gold medal in the synchronised 10m platform with Tom Daley. The duo followed their Olympic win with a gold medal at the FINA Diving World Cup. Even before the two gold medals, Lee had been dominating the circuit at the European championships in both individual and synchronised events. Lee has comfortably taken charge after Tom Daley decided to remain away from competitions for a year. Lee was the face of the British diving team at the World Championships this year. He won a silver in the synchronised 10m platform with debutant Noah Williams. Ariarne Titmus will look to give it her all at the Commonwealth Games 2022 after withdrawing from the world championship earlier this year.
| Photo Credit: AFP

Nicknamed ‘the Terminator’, Ariarne Titmus is the reigning Olympic champion in the 200m and 400m freestyle events. She even holds the world record in the 400m race. Her performance at the Tokyo Olympics in 2021 fuelled one of the most intense rivalries – Katie Ledecky vs Ariarne Titmus. Due to this rivalry, the fans were disappointed when Titmus withdrew from the World Championship earlier this year. This break perhaps should leave her fresh for the Birmingham Games, where Titmus has three records to better and three gold medals to defend.