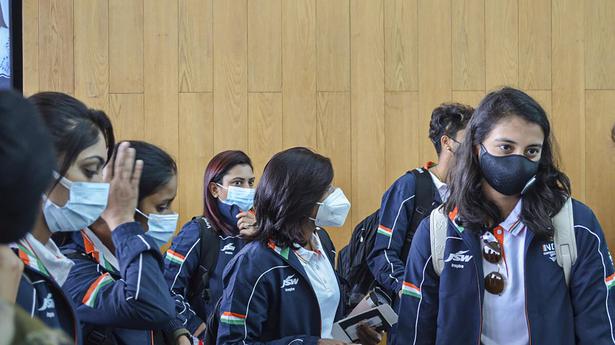 A depleted India’s women’s cricket team will be taking on Australia in the opening game of the Commonwealth Games on July 29 after two of its key players could not fly out to Birmingham with the rest of the team due to COVID-19.

While there is no official statement from the Board of Control for Cricket in India (BCCI) yet, Sportstar understands that a middle-order batter and a seasoned all-rounder tested positive for the virus and are expected to join the squad after a few days.

Earlier, the BCCI president Sourav Ganguly had told reporters last week that a member of the women’s team had tested positive, without revealing details. Even ahead of the team’s departure to Birmingham, coach Ramesh Powar said that ‘everyone is fine’ in the squad and hinted that in case there are any developments on COVID-19, the BCCI will update.

“The medical team is monitoring both the players and they will decide when the players will be ready to fly out to Birmingham,” a source in the Board said.

The team also had visa troubles as six members of the team did not get their visas till about 48 hours before their departure. However, with the IOA and BCCI working closely, things were sorted and the team left for Birmingham as per schedule.

The players, however, are not too concerned about the off-the-field hassles. Smriti Mandhana, the vice-captain of the team admitted last week that the team is eyeing a podium finish. “Our preparations have been really good and I hope it will lead us to the medal,” she said.

India lost to Australia in its last T20 World Cup game last time. But after enjoying success in the home series against Sri Lanka, the Indian team is confident of achieving the desired result in the Commonwealth Games.

In 1998, men’s cricket was a feature in the CWG, and as the game returns to the fold after 24 years, India’s women’s team does not want to miss the bus.