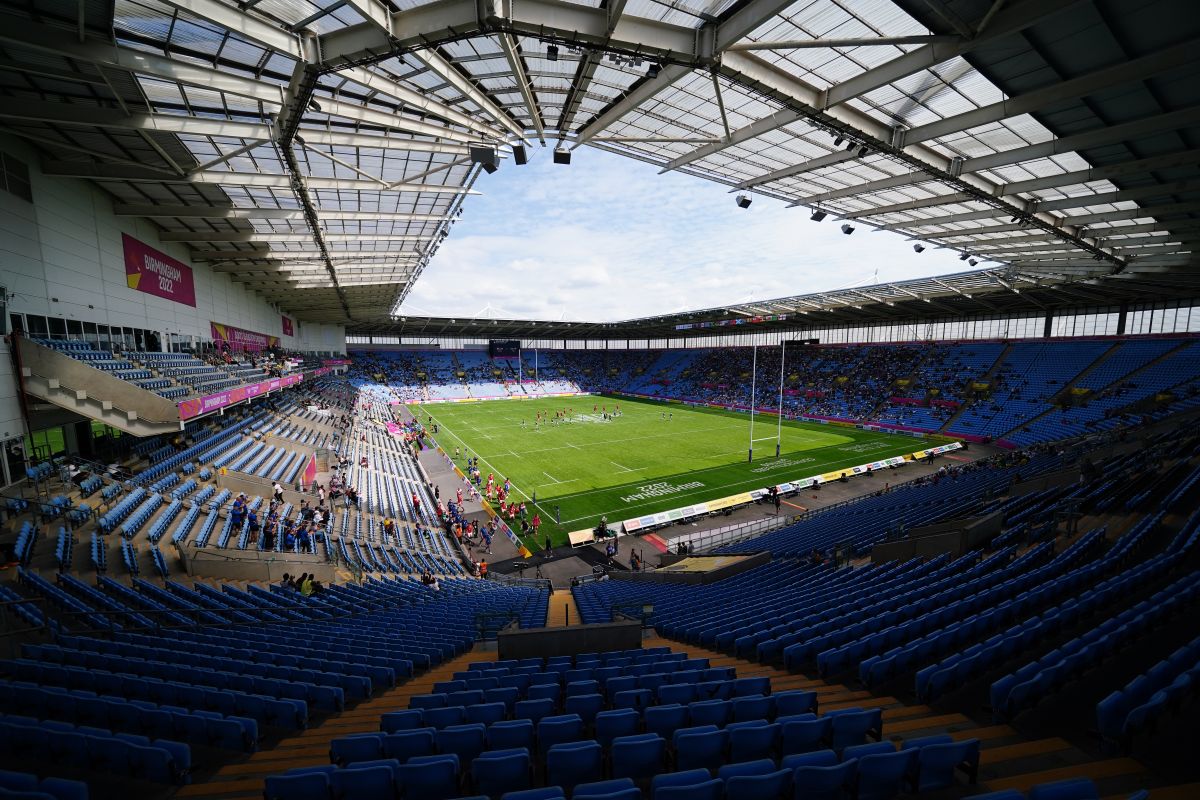 Coventry’s opening home Sky Bet Championship match against Rotherham on Sunday has been postponed after the pitch was deemed unsafe and unplayable.

The Coventry Building Society Arena, home to rugby club Wasps, had been used as a venue for the Commonwealth Games rugby sevens tournament as well as concerts.

Coventry confirmed all tickets purchased for Sunday’s game will be eligible for the re-arranged game and supporters would be kept updated with regard to whether the Carabao Cup fixture against Bristol City can go ahead as scheduled.

A club statement read: “Coventry City are extremely disappointed to confirm that Sunday’s game against Rotherham United has been postponed.

“Following an inspection by a senior match official on Saturday, the pitch at the Coventry Building Society Arena has been deemed unsafe and unplayable.

“This follows an inspection that took place on Friday by the EFL and a local referee, which was also attended by manager Mark Robins and Chief Executive Dave Boddy.

“We are very frustrated that the pitch at the arena is not up to standard, and share the huge disappointment that fans, players and staff will feel that our opening home game has been postponed under these circumstances.

“Promised investment by the arena into a new pitch has unfortunately not materialised over the summer, which has been compounded by concerts on the pitch and then a huge amount of use at the Commonwealth Games last weekend.

“We appreciate the efforts in difficult circumstances that have been made by the grounds staff who work for the arena.”

Coventry chief executive Boddy added: “Last season the condition of the pitch was highlighted as a concern and we expected that this would be addressed by Wasps and the arena, who are responsible for the pitch, over the summer.

“Sadly this has not been the case, and this is the result of that, plus the large amount of use at the Commonwealth Games last week.

“I am seeking urgent talks with Stephen Vaughan, the chief executive at Wasps, and the arena over the condition of the pitch, and expect immediate and significant improvements to be made to make the pitch playable as soon as possible.”