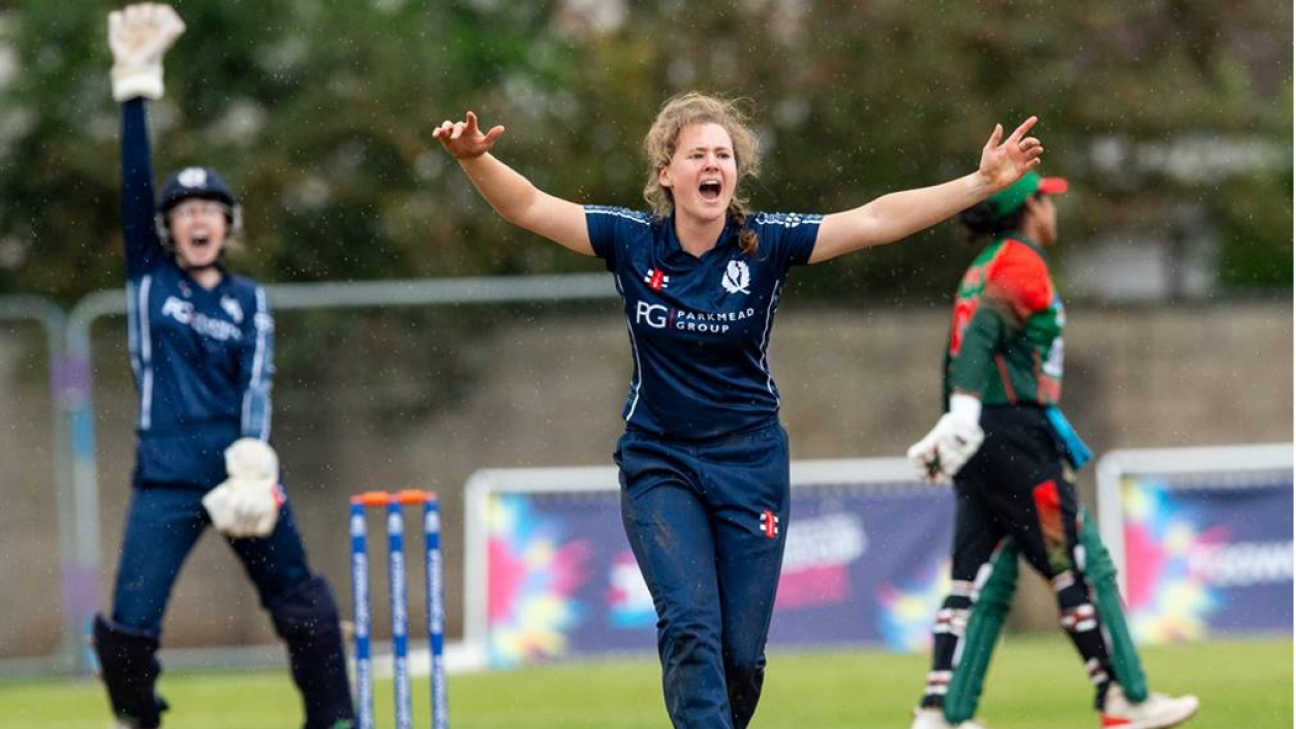 Cricket Scotland has announced that it will offer paid contracts to players in its international women’s team for the first time.

Scotland sit 14th in the ICC’s T20I rankings and missed out on qualification for February’s T20 World Cup in South Africa but will move towards professionalism as part of the board’s bid to make cricket a “fully inclusive” sport in the country.

“This builds on the move to pay equal match fees to the men’s and women’s players introduced in 2021 and will enable a number of players to devote more time to training and practice and is a start to putting the women’s game onto a fully professional footing,” Cricket Scotland said in a statement.

Scottish cricket was plunged into crisis earlier this year after the publication of a damning report into institutional racism within the sport, and revealed a number of measures on Thursday which the board hopes “will underpin long-term success for the international teams and deliver a more sustainable governing body in the years ahead”.

Cricket Scotland will recruit a new head of communications, an EDI (equality, diversity and inclusion) manager and a conduct in sport manager, and will not renew contracts of seven staff within the strength and conditioning, physiotherapy and support services provision.

“The changes are required to refocus the governing body’s priorities and to establish a strong financial base from which to launch an ambitious new strategy for the sport in the coming months,” the statement said.

Gordon Arthur, the board’s interim chief executive, will stay in post until November 2023 on a fixed-term contract “to ensure stability and continuity during this period of substantial restructuring”.

Arthur said: “We need to reset and rebuild to ensure that we are in the strongest possible position to deliver real and meaningful change across Scottish cricket. This won’t be without challenges but we have a great opportunity to take the sport confidently forward in the years ahead.”

Anjan Luthra, who was appointed as chair last month, said: “This a watershed moment for the sport of cricket in Scotland. The investment announced today into the women’s game is an important building block in our desire to make cricket in Scotland a fully inclusive sport where there is no place for racism, discrimination or inequalities.

“We have an opportunity to create a bold new vision for our Scottish cricket and we are committed to doing so by driving positive change at every level within our sport.

“At the same time, we are rebuilding capacity within the governing body and addressing the weaknesses and failings identified through the Changing the Boundaries report so that we build a first-class governing body for Scottish cricket.”