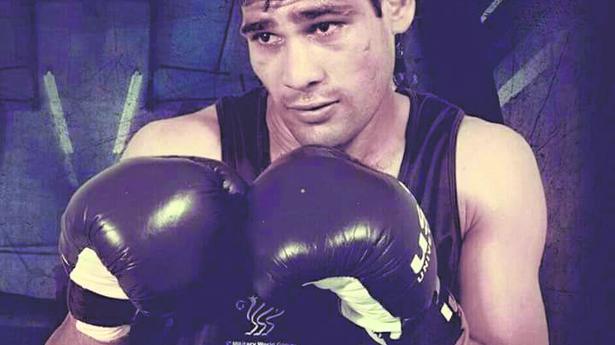 Experienced boxer Mohammad Hussamuddin showed his class to post a convincing win over young South African Amzolele Dyeyi 5-0 in a men’s 57kg first round bout and began his quest for his second successive medal in the Commonwealth Games in Birmingham on Saturday.

Hussamuddin, a 2018 Gold Coast Commonwealth Games bronze medallist in 56kg, will take on Bangladesh’s Mohammed Salim Hossain in the pre-quarterfinals on August 1.

In an engaging contest between two compact boxers, the Indian southpaw, who recently recovered from a left thumb injury, scored through lovely combinations and upper cuts even as the South African attacked Hussamuddin’s body in the first round.

Hussamuddin, who continued to box from a distance, moved and feigned well to deny Dyeyi many clear scoring shots. In reply, the Indian surged ahead in the second round with the help of solid straight punches and hooks.

The 28-year-old tried to stay safe in the third round and relied on his right jabs to walk away with a fine victory.

“The thought of hurting the injured thumb comes, it’s quite natural. But I stay positive. I meditate for 15 minutes every morning before training. I began doing it before the Commonwealth Games trials. It’s a good exercise to keep the mind positive,” Hussamuddin had said in an interview to Sportstar last week.

Hussamuddin is eager to become successful in the new 57kg weight class in Birmingham. Apart from guarding against injuries, the other challenge for Hussamuddin will be to see off up-and-coming talents.

“In my weight, the old timers have become professional. Mostly there are new faces. I am the most experienced boxer. My experience will help me inside the ring. I want to change the colour of my medal and win the gold. I am confident, but not overconfident,” said Hussamuddin.

The Telangana boxer, who was recently blessed with a baby girl, wants to double his joy by returning home with his second Games medal.