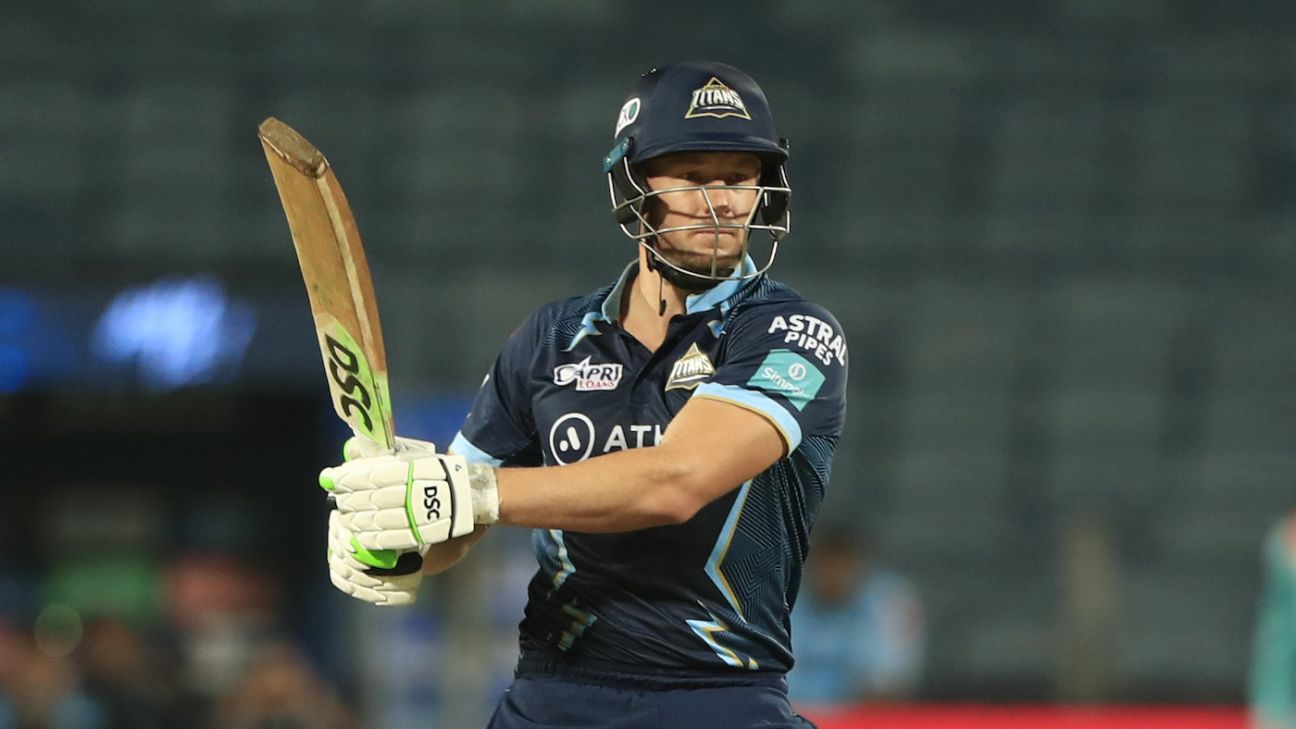 South Africa batter David Miller has been named the captain of Barbados Royals for the 2022 CPL season, replacing Jason Holder, who had been at the helm for the last four seasons.
Miller, who will return to the CPL for the first time in three seasons having last represented Jamaica Tallawahs in 2018 and St Lucia Zouks in 2016, was snapped up by Royals earlier this month along with his South African team-mate Quinton de Kock. He has scored 332 runs in 15 innings at a strike rate of 146.90 in the tournament.

Miller is also coming off a superb run in the IPL, where he scored 481 runs in 16 matches at a strike rate of 142.73 for champions Gujarat Titans. He will now renew ties with a Royals franchise, having played for Rajasthan in the IPL in 2020 and 2021.

“During my time at the Royals in the IPL, I always felt very valued and have been able to establish a deep connection with the team,” Miller said. “It is an exciting time for me to come to the Barbados Royals, and a privilege to have been appointed as the captain. It is a team that has an abundance of young and experienced talent from the Caribbean and I am looking forward to working with the entire group to get down to achieving our objectives for the 2022 season”

Head coach Trevor Penney added, “Having worked with David (Miller) before at the Rajasthan Royals, we knew he has a cricketing brain which not only reads situations very well on the field, but is also very passionately involved off the field. He is someone who helps in creating a perfect environment for his team-mates to excel in, and that is what we are expecting out of him here at Barbados, where he will be leading the franchise. He has shown tremendous experience and guile in the last few months, and drove his team to IPL glory, unfortunately beating us in the final. We are all delighted to have signed him and look forward to working with him during the season.”

Holder played a key role in taking Royals (then Tridents) to their second title in 2019. However, they endured back-to-back tough seasons, finishing fifth in 2020 and last on the table in 2021. Penney said the allrounder will continue to be a “pillar” for the side.

“I would also like to take this opportunity to thank Jason (Holder) for his contribution to the team as the captain, and for agreeing to our decision of having a new leader for the team. He is one of the pillars of this Barbados side and will continue to remain so going forward.”

The 2022 CPL will be played from August 31 to September 30, with Royals kicking off their campaign against St Kitts and Nevis Patriots on September 1.